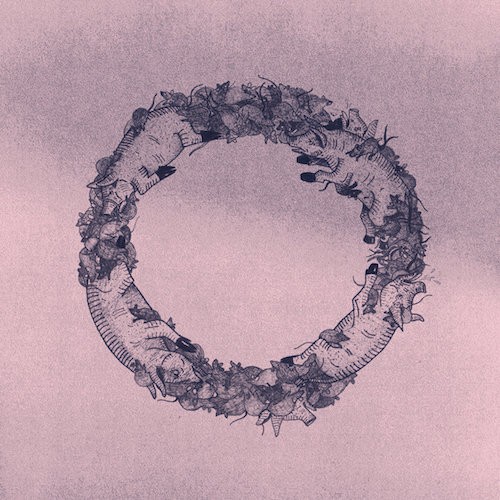 Loom is the new album by the post-hardcore band Tired Minds from Newcastle, Australia. It’s scheduled for release on June 16 by Art As Catharsis, and today we bring you a full stream of the album.

“Post-hardcore” can be an amorphous label, encompassing a range of different sounds with greater or lesser degrees of hardcore in the scaffolding of the music and variations in the other construction materials as well. In the case of Tired Minds, attempting to formulate a linguistic synopsis for the music is especially challenging — Art As Catharsis pulls together references that extend from The Dillinger Escape Plan to Converge, from La Dispute to Cursed, and even The Bronx. And indeed, this wrecking crew aren’t moving down any well-manicured, well-mapped, straight-ahead path. And “easy listening” definitely isn’t a term in their vocabulary. 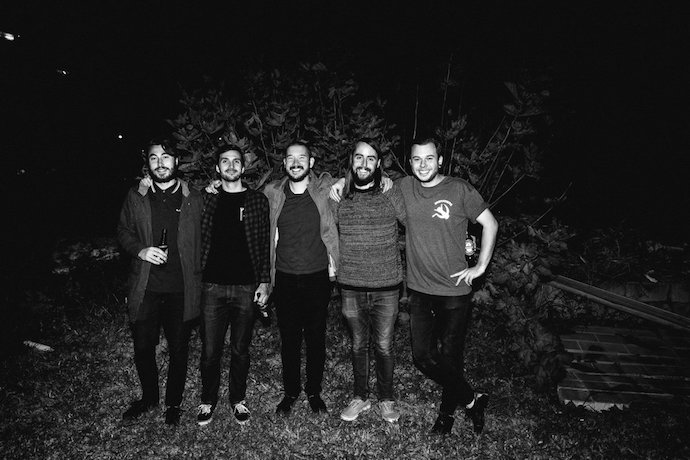 The album consists of 10 compact songs, seven of them roughly three minutes long or shorter, but all of them are intricate, unpredictable, and unbridled.

The opening track “Low”, which was also an early single, is an example of Tired Mind’s disorienting collage of sounds. It begins in frantic fashion, an effusion of discordant guitars, battering rhythms, and raw yells, but becomes drifting and dreamlike, the vocals less explosive but still torn into pieces. The energy builds again and then detonates in a hammering blast of destructiveness followed by one final frenzy.

This juxtaposition of unhinged dissonance, unsettling introspection, and head-cracking  demolition work occurs elsewhere in the album, but those kinds of changes don’t exhaust the band’s vaulting and veering approach to their songcraft. Clanging, jangling melodies are in the mix (and even a kind of abraded singing) along with skittering, bleating guitar leads representative of severe mental imbalance. In slower passages, the music becomes bruising and hopelessly bleak, or gloomy and glowering.

The opening minutes of “Mona” are eerie and depressive, but it then jabs and jars before transforming again into a kind of slow, simmering delirium. “War on Film”, by contrast, is a brawling hardcore barrage (laced, as is the band’s propensity, by guitar discordance). There are writhing and almost jazzy moments in “Loom”, while “Midnight Men” is not only mean and murderous but also a head-moving dose of heavy rock. The music can be cacophonous and calamitous, frenzied and feverish, anguished or angry, dark and doomed.

And so, while it’s not the kind of extreme metal that’s our usual fare around this site, it is the kind of music that keeps you on the edge of your seats… or busting up your furniture… or moving your head to the pulse of the mercurial riffs….

Loom will be released by Art As Catharsis on 12″ vinyl and digitally. It was recorded by Mitta Norath at Tommirock Studios, mixed by Aidan Cunningham at The Forbidden Zone Studio, and mastered by Brad Boatright at AudioSiege. The artwork was created by Kerri Ann Wright and the layout by Ben Bullivant.