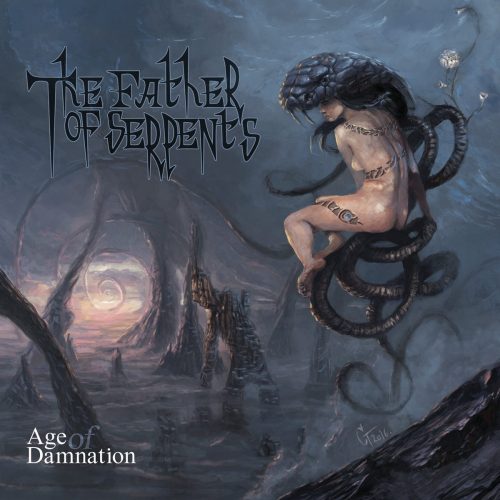 Age of Damnation is the first album by the Serbian doom band The Father of Serpents, a group of six individuals from other well-known bands in the Serbian scene who united in 2015 to follow in the steps of such groups as My Dying Bride, Saturnus, Paradise Lost, and Moonspell.

Age of Damnation will be co-released on June 19 by Satanath Records (Russia) and United By Chaos (Finland). Today we are premiering a powerful song named “The Afterlife Symphony“, and providing streams of two previously released songs as well, so that you might become more fully immersed in the apocalyptic atmosphere created by The Father of Serpents. 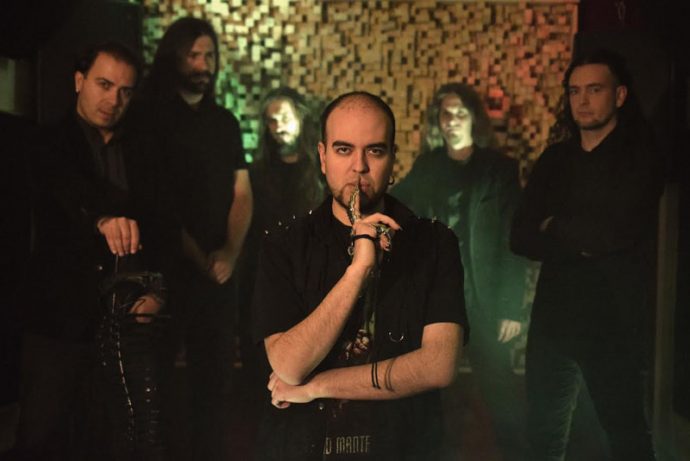 The beautiful, reverberating guitar and violin notes at the outset of “The Afterlife Symphony” are immediately seductive, and the soaring guitar and violin melodies that follow continues to weave a web of spells even as the mountainous riffs and booming percussion come down like a rain of boulders.

As entrancing as the melodies are, the song also surges with power, and it’s a headbanger, too. The deep, monstrous growls and vicious howls in the vocal department give added weight and ferocity to the song, while the solemn (and impassioned) clean vocals add to the contrast in the music — a contrast between mystical lightness and spine-shivering heaviness, between a grieving gloom and the intensity of a defiant struggle.

We hope you enjoy “The Afterlife Symphony” as much as we have, and if you do, you can also listen to two other tracks below — “The Walls of No Salvation” (free to download at Bandcamp) and “Flesh Altar“.