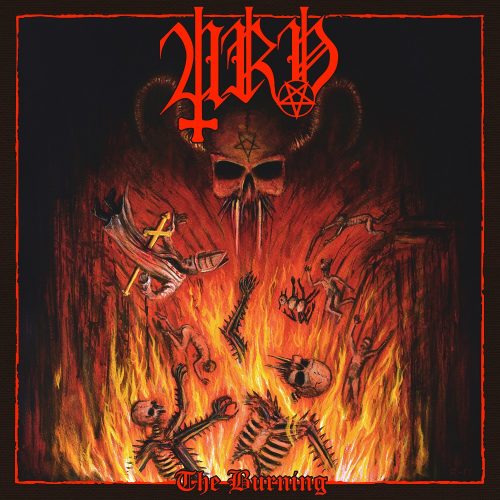 Take a good look at the cover of the new album by the Finnish power trio Urn, and fix your mind on the album’s title — The Burning — because when you hear the song from the album we’re premiering today, you’ll feel as if you’ve been pitched into a pit of fire.

The Burning will be released by Iron Bonehead Productions on July 28. It’s the band’s fourth album in a career that reaches back to the mid-’90s, but the first album in nearly a decade. In that time, the band came apart but was then re-formed by founding bassist and frontman Sulphur, joined on this new album by guitarist Too Loud and drummer Revenant. 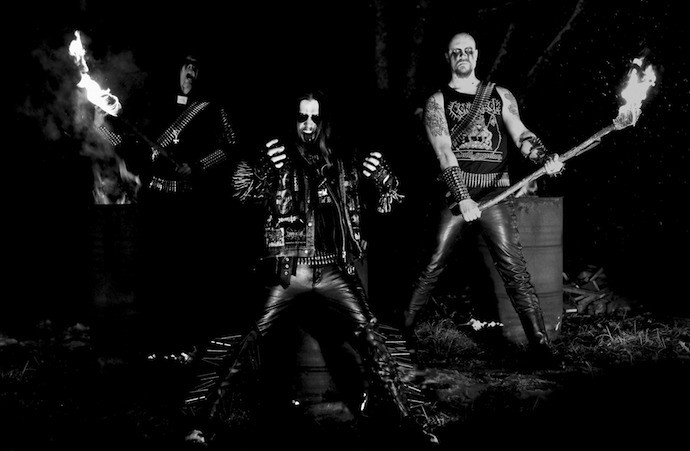 The song we bring you today, “Celestial Light“, is a blazing example of the electrifying black thrash that The Burning deals out. Everything about the song is on fire, beginning with the white-hot guitar frenzy that launches the track. Even when that boiling fury subsides into a jolting march, bursts of fiery riffing and blasting percussive fury keep the energy in the red zone until all hell breaks loose again, capped by a truly incendiary solo.

The song’s ferocity is enhanced by the savagery of Sulphur’s wolfish howls and by the gut-punching drum booms that periodically punctuate the track. And on top of all that, Urn have also somehow managed to give this ripping song the atmosphere of a heavy metal anthem. Perhaps needless to say, it’s also highly infectious. 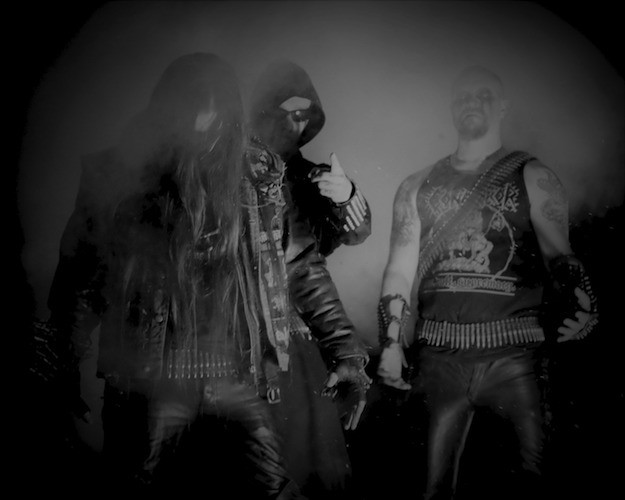 Iron Bonehead will discharge this explosive record on July 28 in CD and vinyl editions. And credit for that striking cover art goes to Rok of Sadistik Exekution.

For pre-order, keep an eye on the links below, and you can also check out a previously released track, “Sons of the Northern Star“, in addition to our premiere of “Celestial Light“.