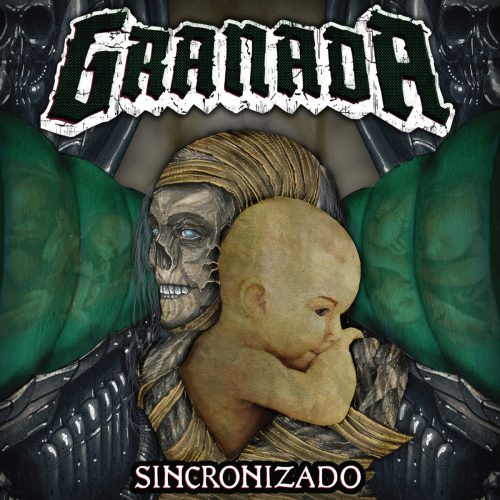 The song you’re about to hear doesn’t follow the path you probably think it’s going to follow from the way it begins, and the variations in its course are one reason it’s so appealing (but not the only reason).

The name of the song is “Almas Vendidas” and it comes from the new fourth album by the Argentinian band Granada. Entitled Sincronizado, it will be released on June 23rd by Satanath Records‘ sub-label Symbol of Domination. 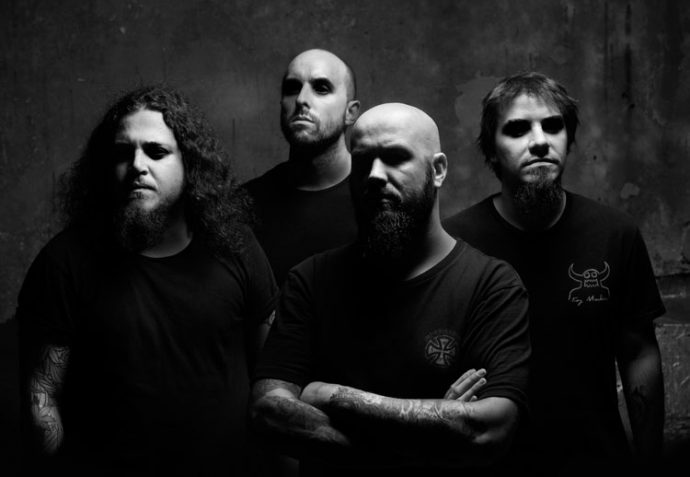 The variations in the song include the interweaving of stylistic ingredients, including thrash, hardcore, groove, and more. At the outset, it moves like a big juggernaut, propelled by body-moving rhythms and heavy riffs, and it’s also damned catchy right from the start. But then the song starts twisting and turning, with the band changing pace and time signatures and dealing out some eye-opening bass and guitar performances, along with razor-sharp drumming that also changes almost from moment to moment.

And along the way you also get a face-melter of a solo, changes in the vocals as well, and a good dose of headbanging before the song ends.

Hope you enjoy our premiere of “Almas Vendidas” below, and we’re also including streams of two other previously released tracks, “La Cosecha” and “La Serpente” (a free download at Bandcamp).