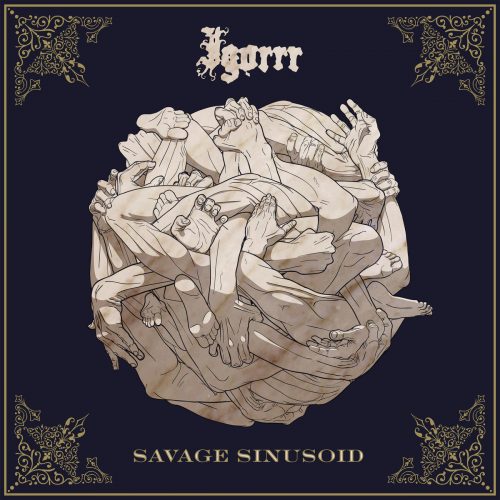 (In this post TheMadIsraeli reviews the new album by the French band Igorrr, which was released within the past week by Metal Blade Records.)

Sometimes, when it comes to metal or heavy music in general, a concentrated dose of proper fucking insanity is the right call. Sometimes, you don’t need lyrics and sometimes all is said by a good vocalist shrieking his mind out into a mic with no intention of conveying anything other than exactly what you hear. Sometimes, you need accordion. Lots of fucking accordion.

Igorrr have been engaging in this sonic channeling of insanity and psychosis for a good while now, and Savage Sinusoid is the album poised to bring these guys to a forefront of sorts. I think the coolest part about the Igorrr experiment is how he, and subsequently the rest of his band, manage to make even entirely non-metal songs metal in spirit. 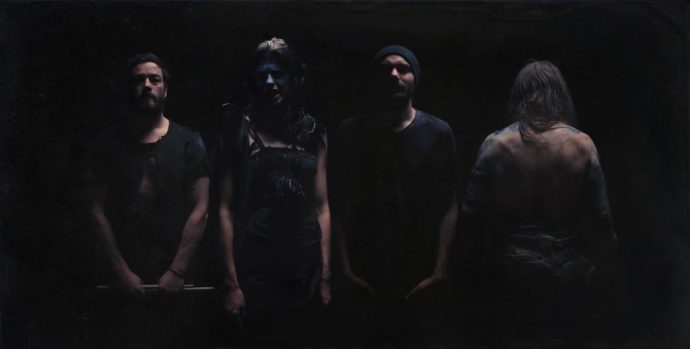 Of course, this is explained in part by the fact that while Igorrr may be a metal project at its core, it’s more a project that channels the ethos of dark, heavy music at its most elucidated. Metal, harsher industrial, neo-classical tendencies, some folk music elements — almost every form of harsh, oppressive, and overwhelming music, both metal and related to it — are incorporated into Igorrr’s sound. The music is technical and layered at a level that is just unreal; the way things work and gel with each other, and the way in which the music flows within short run-times without really sounding structured, is a surreal experience.

Many people who read this may be new to Igorrr, and if you are, I would say this band is about as good a replacement for the insanity of old Strapping Young Lad as you’re going to find, plus more. It’s certainly more sophisticated, on too many levels to articulate. It’s a mish-mash of black metal/grindcore/death metal/harsh industrial/glitch/EDM/folk music that on paper shouldn’t have a prayer of working in any universe, but does.

This record is very well represented by how it opens. “Viande” is a just-under-two-minute slam that may be the heaviest slam I’ve heard this year. Period. It’s nothing but a chunky meat-grinder riff with pulsing electronics and shrill blood-curdling screaming and snarling over it that induces sensations of wanting to split concrete blocks in half with your skull. It’s not REALLY what I’d call an intro. It has nothing to do with the song that comes after it. It’s just a weird explosion of chaos and rage that gets you amped up.

The first single from the album, “ieuD”, is a pretty quintessential Igorrr tune, though. It has a neo-classical, particularly baroque, style in its melodies and instrumentation, with an evolving central melody that gets heavier and more embellished via drums, guitars, and electronic and industrial incorporations. That’s more or less the strategy most Igorrr songs pursue, minus the folk elements present on some songs that are used to similar effect.

However, it’s a rule that applies more fully to the longer songs, more so than the shorter ones. A good number of shorter ones are just 1-2 minute bursts of usually instrumental weirdness. “Va Te Foutre”, for example, is nothing but the lowest-end notes of a harpsichord, bass, and blast beats, lasting only a minute and forty plus. It mostly feels like a test run of those sounds put together. There are maybe 15 seconds of distorted guitar total, which serve as an accent, but what drives the song is the odd sound combo.

These short-term aural experiments feel at home amidst the actual songs, although this album does have a very strange stretch at the end of the aforementioned song and the purely industrial/electronic track “Robert” back-to-back, both containing no vocals whatsoever.

Savage Sinusoid is an album I’m currently pretty in love with, but it’s also certainly hard to recommend to just anyone. Not everyone will like this, and my experience in recommending this band to people is that the mix of reactions tends to weigh against Igorrr. That’s really unfortunate, because when it comes to the “music as art” factor, this project is now hitting the ethos at an all-time high, whereas a lot of avant-garde-leaning metal doesn’t. It’s also rather unfortunate that these guys often seem to be enjoyed a lot for their gimmicks rather than for the songcraft, and for how finely tuned the combination of elements at play is.

Igorrr writes great metal and they write great metal from the perspective of insanity, derangement, mental illness, and chaos. At those things, Igorrr is superb and Savage Sinusoid is a great album for a first hard push into the public eye. It’s crazy avant-garde diversity delivered with the almost rabid grindcore spirit — multi-layered, complex, but never losing the listener with pretentiousness. Fantastic album in my opinion.