As I explained in an earlier post today, I’ve resisted the temptation to compile yet another gigantic round-up this week, deciding instead to spread around some of the good new things I found in a listening session last night across a few different pairings.

I’m a big fan of both songs collected here, and I’m also going to suggest you do something weird with them if you want a Grade A head-wrecking experience, though I’m sure it’s an idea that not everyone will find appealing. But I’ll come back to that at the end of the post.  First, here are the two songs, along with some introductory verbiage.

The death/crust crew Extinction of Mankind have been plying their trade since the early ’90s, though more than a decade has passed since their last album, Northern Scum. While we’ve had a long wait for a new album, the band haven’t been completely dormant. In 2010 they put out splits with Phobia and Disgust, and now they have another split on the way with Apocalypse. This one will be a 7″, and EoM’s song from that split is now up on YouTube (actually, it’s been there since mid-May but I just found it). It’s excellent. 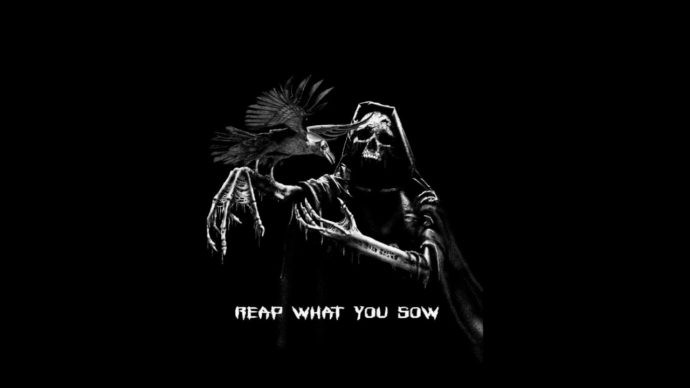 The song’s name is “Reap What You Sow“. The big rumbling, tumbling drum beat that launches the song, coupled with the hard-jabbing opening riff, provide the recurring core of the music, which becomes a slashing, smashing piece of electrifying crust ferocity, made even more ferocious by Ste’s raw, high-speed, blood-minded barks. Pulse-pounding mayhem it is, but damned catchy mayhem to boot.

The split will be forthcoming from Madgrinder Records, and… EoM has posted on their FB page that a new album is almost done. 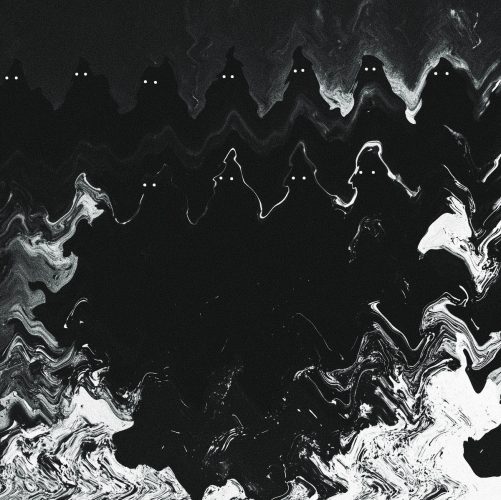 This next song was a truly random discovery. I came upon it via a Facebook suggestion that popped up in my news feed from a member of the Minnesota band Astral Blood (whose music is itself well worth your time). It’s a track by a project from Illinois named Burning Throats, which consists of Carlie Foster and Jason Quinton Horras. The song’s name is “Into the Blooddam“.

As you’ll discover, there’s a reason why this project is named Burning Throats — the vocals are boiling, shrieking, unhinged insanity made manifest. The music is also kind of deranged and boiling, with bursts of hyper-speed drum clatter, cascades of suffocating abrasion, freakishly twisted and twisting lead guitar exercises, strange pulsing noises, and all sorts of other craziness. There is a sort of rhythmic drive you can latch onto… sometimes… but there’s also an experimental and improvisational quality to the sound, as well as that overarching grindcore-styled batshit explosiveness.

I don’t know if this track is just a one-off thing, or if Burning Throats plans to record more madness. I hope it’s the latter.

And now here’s that weird idea I mentioned at the outset. While I was listening to the preceding two tracks last night I made a mistake. Quite by accident, after listening to each of the two songs separately, I launched one of them again while the other one also started playing in a different tab on my computer. That was a real trip. Yes, it is cacophonous, but it made a connection with my addled brain at the same time.

So, if you’re willing to do some head-blasting experimentation, I’d suggest you give this a try. Open each song in a separate tab (here and here) and then start playing both of them at the same time from the beginning. The EoM track lasts a bit longer than the Burning Throats track, and it makes for a kind of outro to the combined noise.

2 Responses to “EXTINCTION OF MANKIND AND BURNING THROATS”