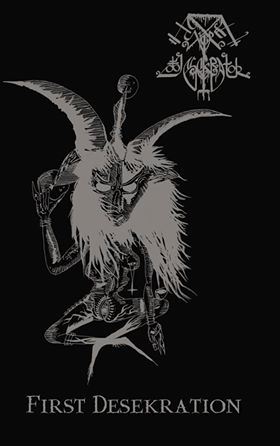 One of the constant challenges in writing about music is coming up with different ways of describing the sensations provoked by sound. When the music is unusually vibrant and exhilarating, as this song is, it’s an even bigger challenge; the same old overused words can diminish the message. That’s one reason we always try to include the music streams. But of course these challenges won’t stop me from trying.

The song we’re premiering in this post is “The Descent“, one of five explosive tracks on First Desekration, which is the debut demo by the French band Funeral Desekrator. It will be released next month on tape by Atavism Records. If you’re looking for a scorching new blast of black thrash, this will fix you up. 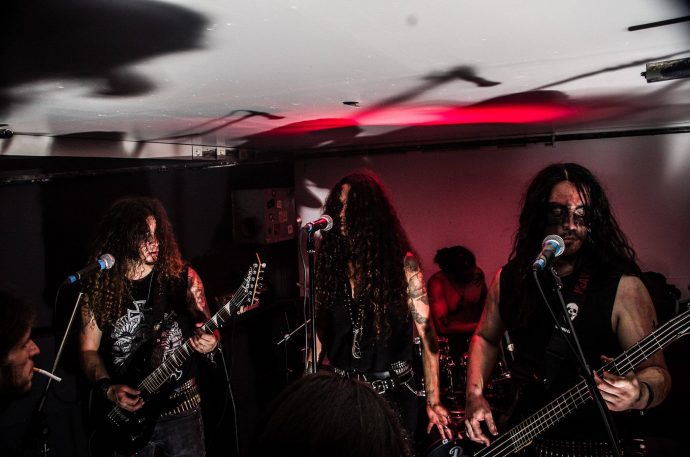 “The Descent” is faster than a Formula One car with a madman’s foot on the gas, and it will leave your heart racing in the red zone. Pushed by maniacal, battering drumwork and the high whir and whine of high-octane riffing, the song is a burst of adrenaline. It pushes right up to the bleeding edge of chaos, and the vocals leap right over that edge, with Kriegar’s unhinged expulsions sounding like a death match between banshees and goblins while her bandmates goad the combatants into further heights of fury.

The riffs also have a poisonous and predatory aura, malevolent enough to convey the idea of a horde ready to cut you up with straight razors and quick enough to chase you down no matter how fast you flee. And to top it off, this is a very catchy piece of marauding, too, the kind of song where your first impulse after it ends is to re-live it again. 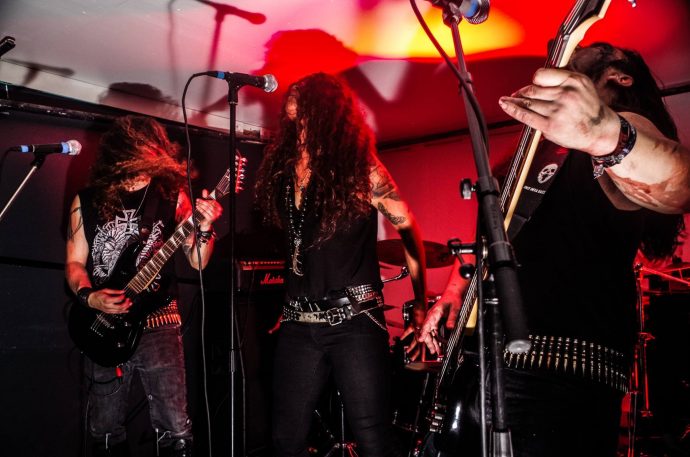 Okay, I’m done now. I doubt I met the challenge, but I had to try. Enjoy “The Descent“, and if you like that one, you’ll also find a stream of a previously released track, “Satan My Distress“, which will give you a little taste of what Funeral Desekrator sound like when they slow down a bit.

First Desekration will be released in early July 2017 in a pro-tape edition limited to 100 copies (with a download-code, and with pins included for the first 30 tapes), and pre-orders can be placed now. The demo was mastered by Andrew Guillotin from Hybreed Studio, who has worked with Temple of Baal, Moonreich, and others.