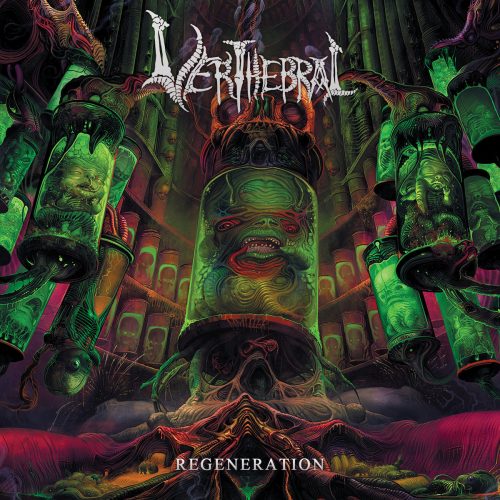 Prepare yourselves for a death metal rocket-ride that may leave your eyes rolled back in your head, your teeth bared in your frothing mouth, your head banging in a fury, your body convulsed in a seizure.

Okay, that may be overstating things a bit — but it’s not much of an overstatement, because Verthebral are already a ferocious, turbocharged machine despite their relatively young ages, and based on their debut album Regeneration, Verthebral’s future looks very bright.

To help spread the word about these death-dealers from Paraguay, we’re premiering a track from Regeneration named “Beyond the Garden of Creation” in advance of the album’s fast-approaching release by the triumvirate of Satanath Records, More Hate Productions, and Final Gate Records. 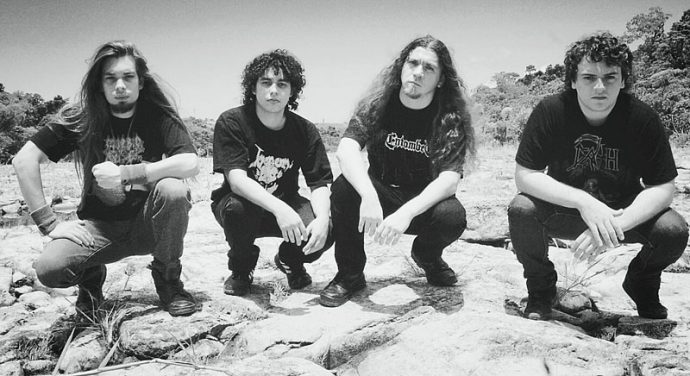 As promised above, “Beyond the Garden of Creation” is fast-paced, and it’s technically impressive, too, with flailing, buzzing riffs that rise and fall, rake and rip, in a demented and malicious frenzy. The piston-driven drumwork is punishing, and the push and pulse of the bass gets the bloodstream surging, while the vocalist’s roars and howls amplify the song’s ferocity.

All of that is fine enough, but the song also includes an attention-grabbing guitar lead that lends the song an element of bleak and blasted doom, and an eerie flamethrowing solo that pushes the track to an epic crescendo. Really good stuff!

The album was produced by Verthebral and was recorded, mixed and mastered by Alberto Santacruz at Abato Records in Paraguay. The artwork was created by Brazilian artist Marcos Miller.

You’ll find our premiere of “Beyond the Garden of Creation” below, along with streams of three other previously released songs, “Old Man’s Memories“, “Place of Death” and “Spirit In Solitude” (a free download at Bandcamp).

2 Responses to “AN NCS PREMIERE: VERTHEBRAL — “BEYOND THE GARDEN OF CREATION””