Most of us here were enormous fans of this German black metal band’s last album from 2015, Stellar. My friend Andy went so far as to call it in his review “a near-perfect snapshot of the genre. Its power and its potential. Both what it is, and what it can be.” And on August 25 we’ll have another album from this band, one entitled Finisterre. 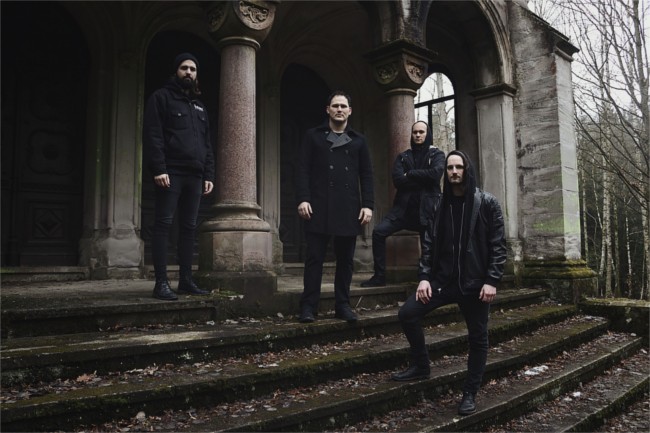 In mid-May I wrote about the first advance track from the album, which was (perhaps oddly) the second part of a two-part movement, and quoted this from frontman Nikita Kamprad:

“In comparison to the quite complex and progressive instrumental ‘Skepsis Part I‘, the now premiered ‘Skepsis Part II‘ is a more straight forward composition, in which epic melodies are aggressively building up until the doomy grand finale. Ultimately, we consider both parts of ‘Skepsis‘ to be connected and forming one extensive musical piece.”

Now, thanks to DECIBEL’s premiere, we have the first part of “Skepsis“, and hence the ability to stream the pieces in the intended order. We can also now understand for ourselves why Season of Mist and the band started the run-up to the album release with the second part of the song instead of the first. As Nikita Kamprad explained, this is an instrumental piece, dissonant and battering, fleet of foot and scrambling of brain, a frenzy that doesn’t relent until more than halfway through, when it becomes slow, fragile, and mystical — and then shimmers and soars… right into Part II.

Finisterre will be released by Season of Mist and is available for pre-order here. 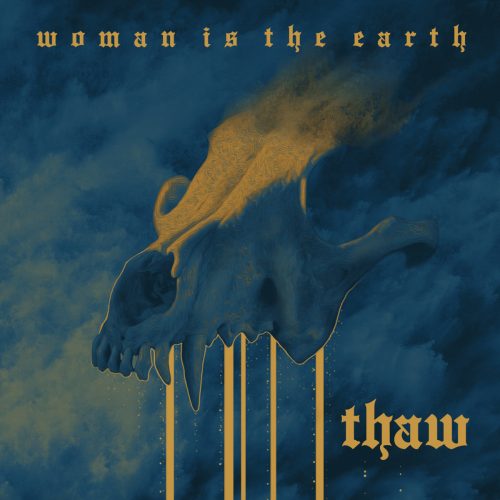 WOMAN IS THE EARTH:  THAW

This took me by surprise last night. I had somehow missed any clues, hints, or announcements that South Dakota’s Woman Is the Earth would be releasing a new EP this summer. But at about 10:15 p.m. last night I received a Bandcamp alert telling me that Thaw had appeared.

Having become enamored of the band’s 2016 album Torch of Our Final Night, I postponed going to bed and began listening. Thaw consists of three songs lasting about 20 minutes in total. They further solidify the reputation of a talented band in full stride, reaching the height of their formidable powers.

Drawing from a roiling well of genre elements, the band have crafted music of bleak and bone-jarring heaviness, tumultuous explosiveness, haunting beauty, and engrossing intricacy. It claws and tears at your throat, and just as irresistibly sends you into reveries of gloomy self-reflection. It hits with bruising force and injects megawatt jolts of electricity right into the brain stem, but also unexpectedly delivers glimmers of transcendence. 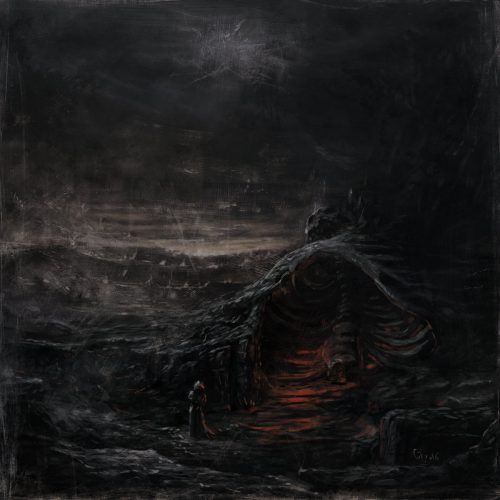 I first learned of the new album by the Hungarian band Lepra thanks to the fantastic cover art by Khaos Diktator Design. The album’s name is Whom Aeons Tore Apart and it’s due for release on September 1 by Drakkar Productions on digi-CD, LP, and cassette.

The song below, which is the first excerpt from the album, is “Wrecked on the Ruins of Time”. It possesses the rhythmic surge of a full gallop on wild horses and the cracked voice of a cold torturer, but across the frenzied movements and eerie guitar excretions an entrancing melody glides like moonlit clouds passing overhead. Glimpsed through them, you may see the stars falling. A richly textured and enthralling piece of darkness here…. 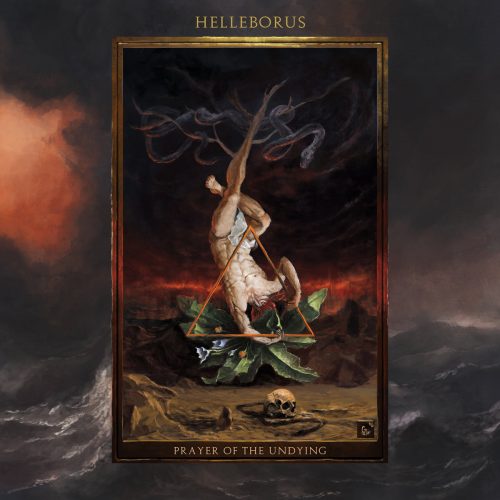 The previous piece of cover art in this post was created by Khaos Diktator Design, and so was the center image on the one above. The artwork accompanies a new single by the Colorado band Helleborus, whose 2016 album The Carnal Sabbath we wrote about more than once last year. The single’s name is “Prayer of the Undying“, and the band’s comment about the song helps explain what you see in the artwork:

“This new single stands solitary as an offering to the Mother of the Night. The lyrics are a prayer or hymn of introspective nature reflected in the Orphic vein. We encounter symbolism of The Hanged Man and the essence of the Mandrake root. I use flowers as symbolic offerings similar to that of The Language of Flowers, a Victorian tradition. The man surrenders himself in attempt to gain enlightenment and the Mandrake is uprooted by the Divine Hand.”

The lyrics are available at Bandcamp, as is the song itself (for $1). And by my lights, that’s money well spent. There’s a deep, surging heaviness in the song and a sense of grim and shadow-cloaked grandeur in its atmosphere. It booms and thunders, soars like a bonfire and scatters like a fracturing mind, and the unnerving (and quite varied) vocals and flickering guitar leads convey a looming, unearthly peril from which there is no escape. Quite an unnerving but spellbinding experience… and one of the best creations I’ve yet heard from this band. 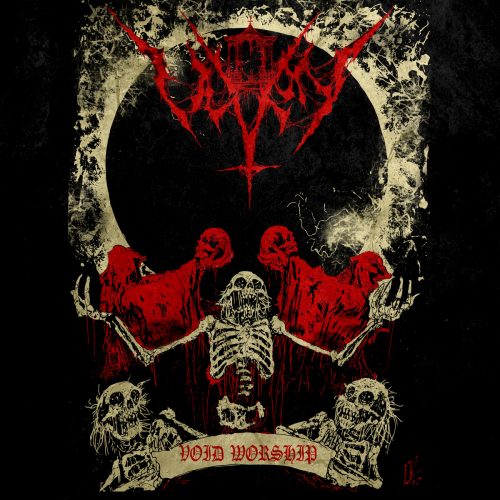 Ulven is the solo project of Ohio’s Sean Deth (Benighten Empire, Burial Oath, Witchhelm), and Void Worship (released on June 22) is Ulven’s first full-length. It’s a hell of a debut.

There’s a cruel, cold, and remorseless quality to the heavy, jagged riffs and the bestial vocals — and the riffs are lethal in their embrace, extremely well-crafted and magnetically attractive. Doom and the terrors of death hang heavy over the music, but Void Worship rocks as well as staggers, and ravages as well as broods. One song might romp like a punk, but the next one trudges to the cadence of a dirge or takes off like a ride on a hell steed.

The rhythmic dynamism and changing energies of these well-crafted songs are among their strong points, and the desolate melodies reveal surprising glimpses of soulfulness, anthemic grandeur, and the peace of the grave in the midst of encroaching terrors and rampant pandemonium. Quite a remarkable discovery, and even more remarkable that it’s the work of a single person. 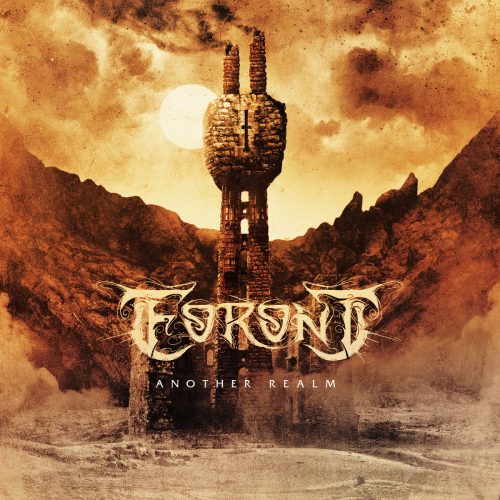 I learned of Eoront’s new album from my Facebook friends Milos and Andrei, and they have again steered me in a good direction. Eoront are from Krasnoyarsk in Siberian Russia, and Another Realm is their second album (released on June 15).

The band identify their influences by naming the likes of Forteresse, Ephemer, Brume d’Automne, Aeternus, Belenos, Fyrnask, Wolves In The Throne Room, Summoning, and Abigor. Simply reading those names elevated my expectations, and I wasn’t disappointed.

This is a long album, and a musically varied one, and not the kind of record that lends itself to a pithy summing up. One one end of the spectrum, it explodes in torrents of powerhouse drumming and cyclonic riffing, delivering a maelstrom of powerful sound. On the other end, the album includes haunting, dreamlike keyboard segments of entrancing beauty (and the keyboards are never far away, even exalting the more barbaric passages into near-epic realms of grim grandeur). Somewhere in between you’ll also find mid-paced pieces of cold northern grief and gloom and a lilting dance or two.

While the keyboards are a prominent and defining element of the sound, the power of the savage vocals and the often head-grabbing nature of the riffs and scintillating presence of the leads shouldn’t be overlooked. The music reveals high ambitions, and obvious care and craft, and while Eoront may not yet have created a masterpiece, they are certainly well worth watching (and this album is already an easy purchase). 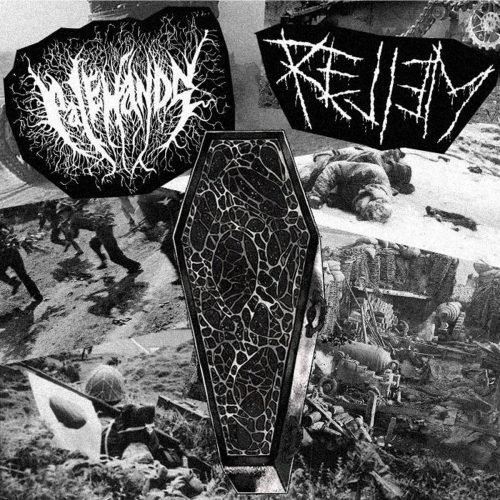 The musical styles of the bands featured in this post differ from each other, which is one reason why I chose them for this collection. Pale Hands, who hail from Santa Barbara, California, have more hardcore and d-beat in their sonic bloodstream than black metal, but their veins are black enough that I’m comfortable including them here. Plus, I don’t want to wait any longer to froth at the mouth about Pale Hands.

What you can hear below are the three songs from their split with the Boston band Rejiem (released on June 5). That will take you less than five minutes. You’ll still think you’ve been to war and back. The music is bludgeoning, abrasive, heavy-grooved, eminently headbangable, and damned addictive for all its brutishness.

I haven’t heard the Rejiem songs from this split yet, but you can find those here. 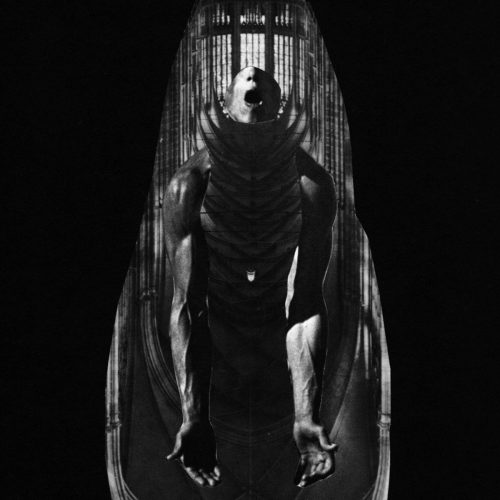 This was a late addition to the post. I was reminded that I really should mention it when I saw a Facebook friend (and accomplished metal musician) write this about the album:

“When in doubt, clip the master bus. This is top tier. Really enjoying the amount of well executed HNW stuff in metal now.”

Whereupon another friend chimed in on that thread by linking to the Urban Dictionary definition of HNW: “Stands for ‘hard nipple weather.’ Used most often when a person’s nipples are visible through their shirt”.

Whereupon yet another friend blurted: “a HOLE NEW WOOOOORRRRLD”.

And if you go to the Bandcamp page for the album you’ll find this comment by a fan: “A black plague of mindfulness and distain. Stunning. Green. Beautiful, open-ended abhorrence.”

Oddly, that nonsense makes sense here. Just listen. This is Violate and Control by american from the Commonwealth of Virginia, and it’s really good. And if you capitalize that name you’ll be horse-whipped. 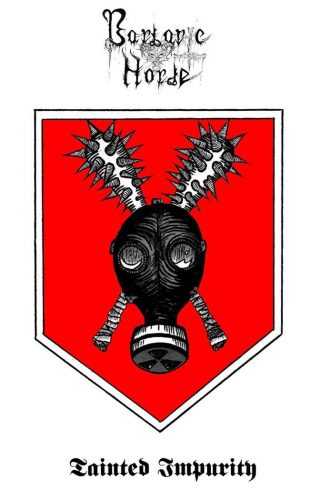 I guess I ought to bring this post to a close, though it pains me to do so. But we’ll go out with a big fuckin’ bang with a track called “Bestial Offender” by the Portuguese duo Barbaric Horde. It appears on a new EP named Tainted Impurity, which will be released on tape by War Arts Productions on August 4.

So far, “Bestial Offender” is the only one of those five tracks I’ve heard (my advance copy only arrived today), but it’s an electrifying assault — distorted, maddened, and highly destructive to be sure, but also gripping at a primal level in its unhinged ferocity. The drumwork is great, the riffs are compelling, and the vocalist is a complete blood-lusting madman. I’m already sold.