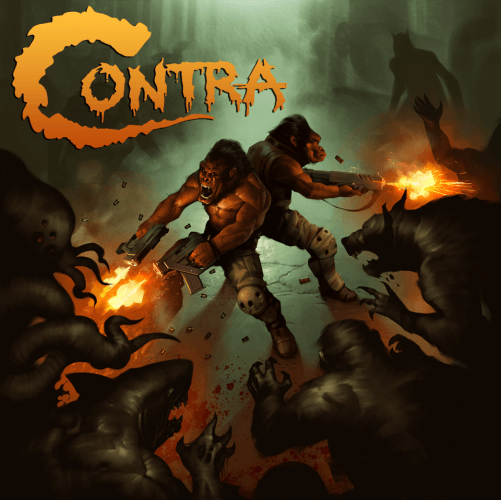 July 1st is the date set for the release of the debut album by Cleveland-based Contra. Entitled Deny Everything, it will come at you via Robustfellow Productions/Shifty Records. Today we’ve got a full stream of the album for you.

The very first half-minute of the album’s first track, “Human Buzzsaw”, tells you that the Contra crew know how to cook up thick, swampy, bluesy, physically compulsive riffs, and as the song proceeds you find that the band are equally adept at lacing their music with trippy soloing and draping it in a cloak of gloom. You’ll also experience the scraped-raw tirades of vocalist Larry Brent, which help to give the music a hard edge of incipient violence (and mental instability). 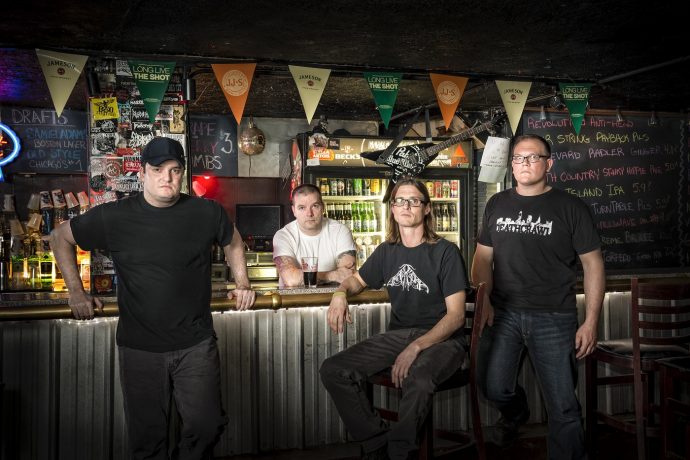 As you make your way through the album, you’ll find that guitarist Chris Chiera and bassist/guitarist Adam Horwatt didn’t exhaust their talent for brewing heavy musical potions with that opening track. In song after song, Contra dish out primal, sludgy rock and metal of the kind that not only slugs the listener in the gut but triggers all those ancient primitive impulses in the brain that make people want to move to music. Even when the band drop way down into the lowest gear and crawl through dismal, doomed pits of decay and despair, you get that slow head-nod going.

The music might get you high, too. There’s an undeniable narcotic quality to the sound, and a head-twisting psychedelic ingredient in the array of solos that flicker, burn, squall, and slither within these tracks. But there’s such vibrancy in these compositions, such abrading ferocity in the vocals, and such bone-battering force in Aaron Brittain‘s drumwork that it’s not the kind of high that makes you want to get prone on a couch and take a snooze. You’re just as likely to want to romp around the room, busting up the furniture in the process, or simply close your eyes and let your body shake to the rhythm of these mighty grooves.

Deny Everything was recorded at Bad Back Studios in Cleveland and mastered at Cauliflower Audio, also in Cleveland.

2 Responses to “AN NCS ALBUM PREMIERE: CONTRA — “DENY EVERYTHING””