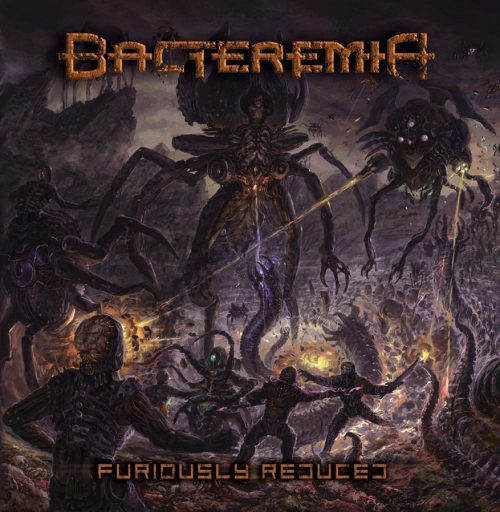 (Our loyal and good friend of many years, Vonlughlio from the Dominican Republic, a man with an experienced and refined taste for brutality in metal, brings us this review of the new album by a group of Colombian slaughterers who call themselves Bacteremia.)

Bacteremia is a Brutal Death Metal band founded in 2006 in Colombia. I discovered the band in 2013 with the release of their debut album Cerebral Wrong Settings. I loved the raw sound, the crazy riffs, the intense drumming, and the powerful vocals. I included it in my year-end list here at NCS. 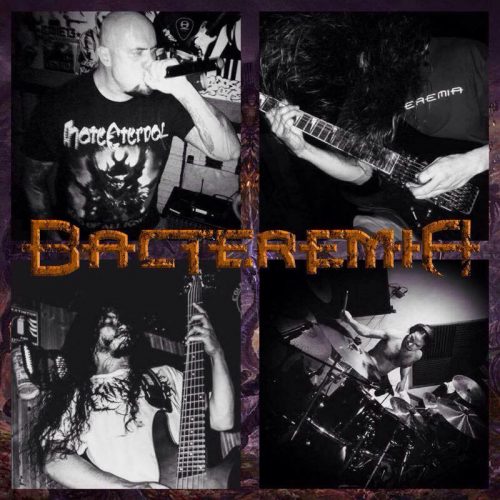 As some of you might know, BDM is among my favorite genres, and the Colombian scene throughout history has been one of the richest in this genre, a home to bands like Internal Suffering, Carnal, Suppuration, Mental Apraxia, Carnivorous Diprosopus, and Amputated Genitals, just to name a few (I know I’m missing many more).

After four years of waiting for the sophomore release, this past March 11th Furiously Reduced exploded via Permeated Records. I have to be honest and say that I was afraid it would not live up to my expectations. They released, after all, one of the best debuts (at least for me) in the genre.

So I pushed play, and there came the intro, the perfect build-up to “Inhuman Behavior”. Once that song started, all my worries were annihilated without mercy.

One of the key factors are the endless riffs, which change constantly, very original and vicious. The drums, with the endless blast beats, are the crazy partners, going hand-in-hand with the guitar (structure-wise) and working together so well. Mr. Penagos and Mr. Soto are the soul of this band.

Now, Mr. Guarin (vocals) is simply one of the best in this genre. Very guttural, very fast in his vicious delivery, like a goddamn beast!!!!! The power in his vocals is present in each of the songs, and ohh boy, if you could see some videos of him live, you would feel the same way. As my friend Moony said to me: “You should see them live, the ground was shaking and his stage presence demanded your attention”.

After the first listen, I decided to revisit their first album. If a band has multiple releases, I like to re-listen to their older material. In the case of Bacteremia, Furiously Reduced is more accessible than the predecessor. Nevertheless, they have remained true to themselves and kept the sound and structure that distinguished them from the pack.

I now must say that Bacteremia are my favorite BDM band from Colombia, and my wish is that they continue to release music that is true to what they set up to do.

They are currently on tour in Europe with Suppuration (BDM from Colombia) and Animals Killing People (BDM from the United States), and how I wish I were the roadie for this awesome tour.

So if you are a fan of BDM, this is a release you need to pick up!!! If you haven’t gotten the chance to listen, you can do that below — and here is the official Bandcamp page of the label:

One Response to “BACTEREMIA: “FURIOUSLY REDUCED””