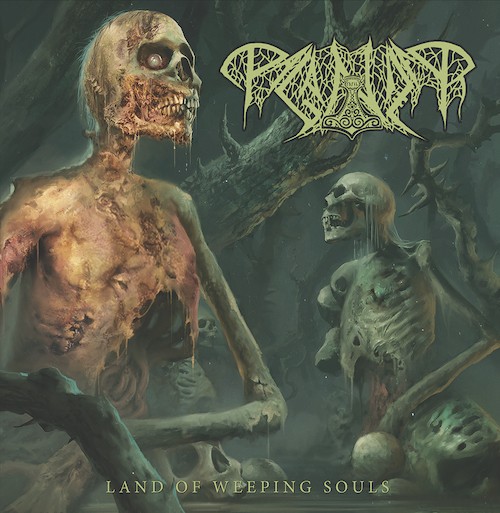 Rogga Johansson proclaims that Land of Weeping Souls “is the best Paganizer album, death fucking metal the way it is supposed to be done”. If you want to find a reliable authority on how death fucking metal is supposed to be done, you could hardly do better than Mr. Johansson, even making allowances for his partiality to Paganizer, which is the oldest and longest-running of the numerous groups to which he has devoted his talents over the last quarter-century.

Featuring ghastly cover art by Daniel “Devilish” Johnsson, Land of Weeping Souls is a 10-track monster, the tenth full-length in the discography of Paganizer. It will be released by Transcending Obscurity Records on the 5th of August, 2017. It is also a renewal of faith — faith that even in a genre with such an old, gory history, the life hasn’t gone out of death (metal), and faith that at least for some of the earliest practitioners of the art, the creative fires still haven’t burned out but are blazing higher than ever.

Half the songs on this new Paganizer album have already been revealed in various premieres leading up to the release date, and I’ve collected all of them below. But today we have a sixth fusillade to add to the barrage — a track named “Forlorn Dreams“, which turns out to be as infectious as it is obliterating. 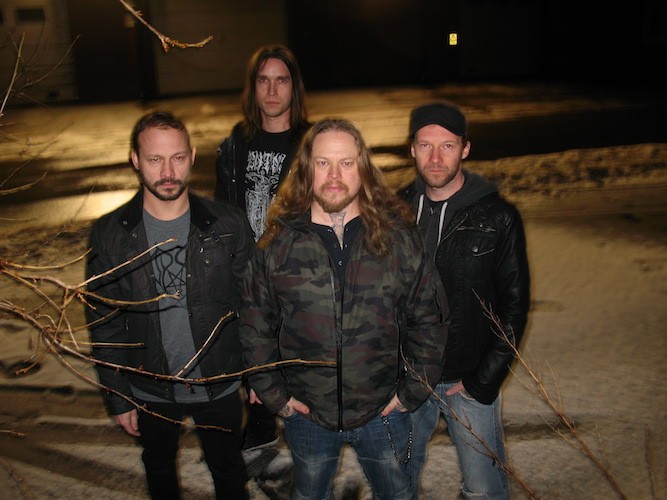 “Forlorn Dreams” does so many things so very well:  It’s an electrifying display of high-speed savagery, with buzzing berserker riffs and devastatingly fast drum work blasting away like an automatic weapon. It’s also atmospherically morbid and… yes… forlorn, with a moaning melody in the song’s slower passages that oozes decay and desolation. And it’s a hard-slugging pneumatic chug-fest, too.

You’ll also hear a pair of scintillating solos, one that’s blindingly fast (and deranged) and one that’s alien and haunting. And of course the song features Rogga’s distinctive, monstrous roars. It’s all just hellishly good. 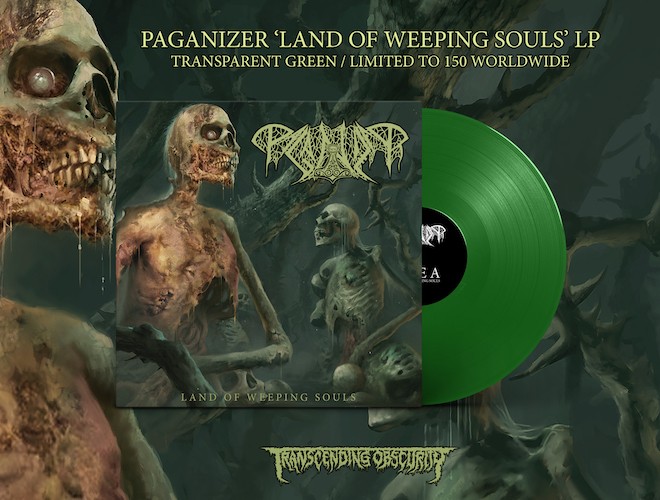 Land of Weeping Souls will be released by Transcending Obscurity on August 5th and can be pre-ordered in a variety of formats via the first link below.

One Response to “AN NCS PREMIERE: PAGANIZER — “FORLORN DREAMS””