It is accomplished! We have finished the recording process of our 14th full-length and in the renowned Fascination Street Studios, Jens Bogren polished this new raw diamond with his mixing and mastering skills. 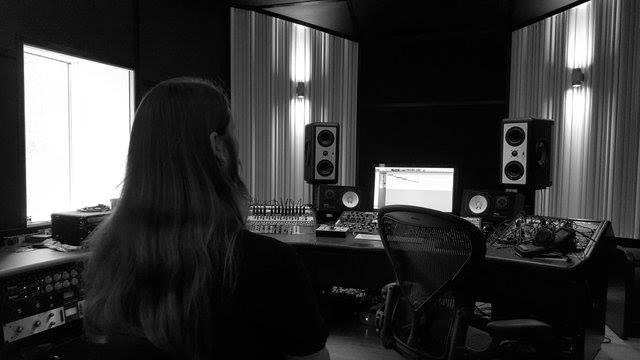 Just like for their predecessor ‘In Times‘, we didn’t look back and kept expanding our horizons. And this spring we came up with a sound chimera of experimental prog filled with elevated melodies, epic sound landscapes and harsh black metal moments – all united in a massive storm that will reach the coast this autumn.

“I’m always psyched and proud when we have finished an album recording, and this is no exeption!” states Grutle. “It was a really exciting process this time, with the line-up change and everything, so although it wasn’t a dramatic change, the band dynamics were suddenly different. But, it was like a little re-boot, a fresh start so to speak. The studio sessions were great, and we all feel that we have done something truly amazing. We hope you’ll enjoy it. Ugh!”

Keep your eyes open, more info will be revealed about the new record on August 1st! 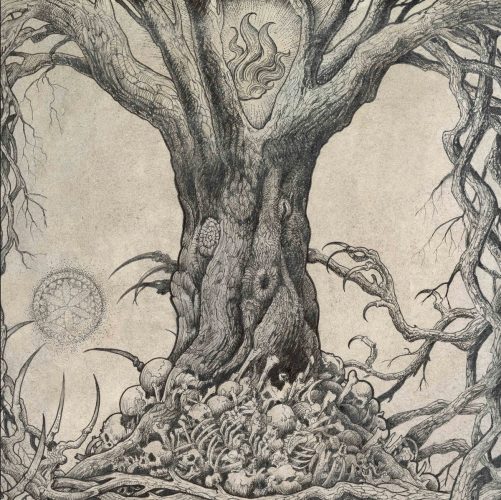 It seems I’ve never written about Beltez before. They’re a black metal band from Germany, and their second album, Exiled, Punished…Rejected, which is conceptually based on Wayne Barlowe’s 2008 novel God’s Demon, was released by Bret Hard Records in the last week of June. I was encouraged to seek it out by a message from my Serbian Facebook friend Milos.

I’ve only just begun spending time with the new album, but have already become greatly impressed with it. The entire album is on Bandcamp, but I’ve only installed a stream of the title track. The label describes the album as “a mixture between gloomy USBM and 90s Scandinavian Black Metal with a sinister individual touch”, and that’s certainly true of this intense, freezing, and very heavy title track.

It’s a dark and delirious ripper with a big bass pulse, slowing into a majestic shade of gloom and grandeur near the end, but keeping the blood rushing in a torrent all the way.

After three demos released from 2014 through 2016, the Swedish band Gnipahålan recently released a two-song EP on vinyl (via Purity Through Fire) named I Blodets Kamp​.​.​. The music is also now available on Bandcamp, thanks to Ancient Records.

There’s a depressive yet mystical aura that billows like fog from these tracks, the music beautifully bleak and chilling but also fleet and furious, haunting and hypnotic. And that voice… it will freeze you in your steps. A riveting pair of very accomplished, multifaceted songs that beckon the listener to explore the band’s previous releases…. 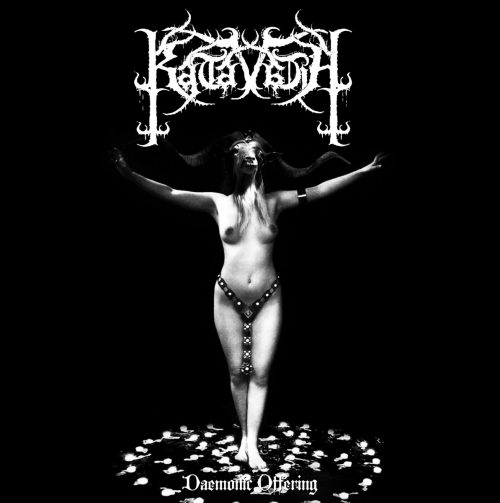 As I explained in another SHADES OF BLACK post in late March, Katavasia are a Greek band composed of members of Hail Spirit Noir, Varathron, Aenaon, Agnes Vein, and Funeral Storm (among others). At that time, their second release, an EP entitled Daemonic Offering, had just been announced — and now it has arrived. It was released by Floga Records on 7″ vinyl, and by the band as a digital download on Bandcamp. You will find a full stream of it below.

My own sense is that Katavasia haven’t received nearly the attention they deserve. There’s a ton of talent in this band, and their musical memorials to the sound of ’90s Greek black metal are hellishly good.

(Thanks to eiterorm for reminding me that this EP is now out.) 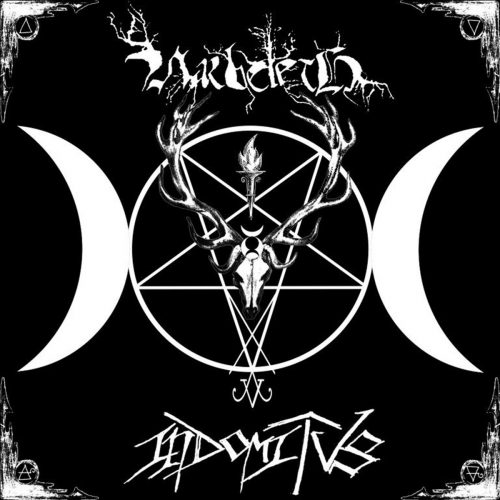 As with Katavasia, the Cuban one-man band Narbeleth has appeared on our site more than once before. His albums have twice appeared on SurgicalBrute’s year-end lists, and our contributor Karina Noctum interviewed Narbeleth’s alter ego Dakkar back in 2015.

Through a continuing affiliation with Folter Records, Narbeleth will release a new album named Indomitvs on July 7th — though the album has recently become available for full streaming on Bandcamp.

Narbeleth preserves the raw and rapacious style of old Scandinavian black metal, but infuses these twisting and turning songs not only with a palpable boiling fury but also with highly attractive melodies that merit the word “epic”. Truly a phenomenal achievement that deserves far more extensive praise than I’m able to give it today. 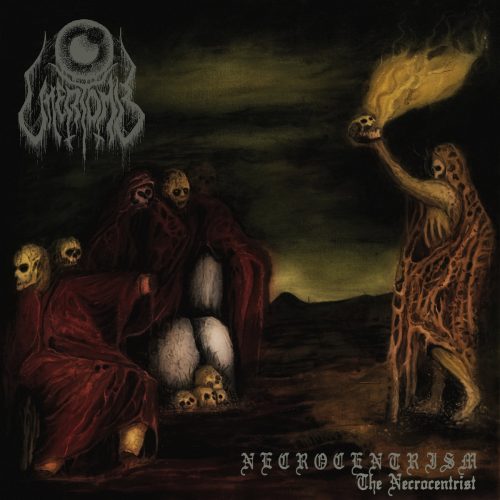 I’ve learned that paying attention to the tape releases of Caligari Records is a good strategy. I’ve also learned that paying attention to the recommendations of our Norwegian contributor Gorger is also a good strategy. These two strategies led me to the Necrocentrism: The Necrocentrist, which is the new EP by the Chilean band Uttertomb.

Gorger wrote about the band’s last EP, Sempiternal (2016), here, and a Bandcamp alert informed me that Caligari Records will be giving the new one a tape release. I later learned that it will also be released by Apocalyptic Productions and Pulverised Records on CD, and by Chaos Records on vinyl.

The new EP includes five re-recorded songs from the band’s 2012 EP Necrocentrism and one new song “that closes the concept of the whole release”. The entire EP is streaming on the Pulverised Bandcamp site, and that’s the stream I’ve embedded below.

The music is more in the vein of monstrous death metal than black metal, but it beats with such a cadaverous black heart that I’m giving it its place here. A stunningly good release that sucks the listener down into foul, deep crypts where you may commune with cannibalistic spirits and the insatiable hunger of death itself. As gruesome as a whirlpool of suppurating corpses, but damned electrifying, too. 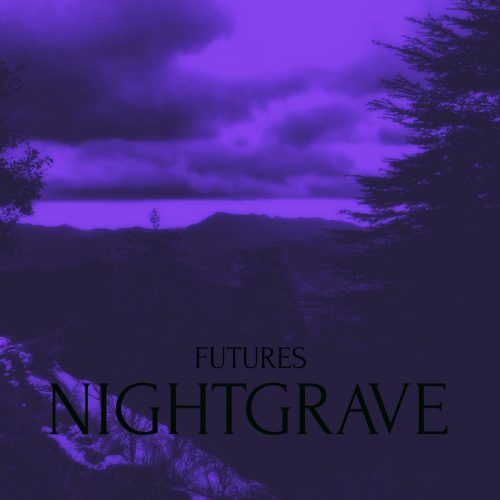 Nightgrave is yet another new name to me, but the music of the man behind the project (Sushant Rawat, aka Nium, from New Delhi) has been mentioned in our pages before. Specifically, he was also the creator behind Kouros (the previous name of this project), whose EP causa I reviewed here in 2015.

Nightgrave’s new release, which appeared on July 2, is named Futures. It consists of four experimental tracks of depressive doom amalgamated with ambient black metal and shoegaze (among other things), an exploration different from what you’ll hear on causa, but also very good. It includes deranged, calamitous frenzies; somber but head-nodding reflections on hopelessness; ringing pulsations of electronica and cascades of chiming chords; heart-aching melodiousness and surges of primal ferocity; varying vocals, both harsh and clean; and even some haunting acoustic strumming. 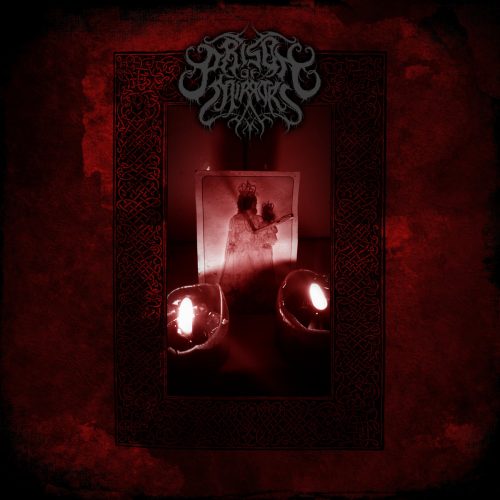 Our Norwegian friend eiterorm is responsible for me checking out the last two items in this collection. The first of these is Unstinted, Delirious, Convulsive Oaths, the new EP by a band from Salerno, Italy, named Prison of Mirrors. It was released in cassette form and digitally on May 5.

The two songs on this EP are long ones, but not the kind that let your attention wander, any more than your mind would drift away if you were being pursued by wolves in the dead of night. Across all the changes in tempo, the atmosphere is pitch-black and ice-cold, and traces of dissonance in the hopeless melodies heighten the sense of frightening peril at your heels and sinister, supernatural forces at work on your mind. And the vocals are as ugly as a sin you’ll never purge. 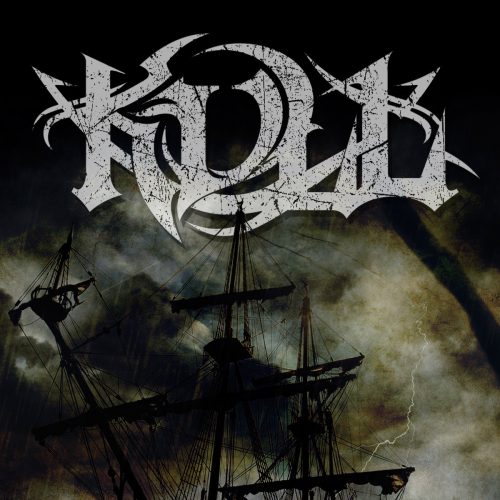 To close, I have Kull (with thanks again to eiterorm for the recommendation).

Kull are from Sheffield, England, and their line-up includes members of both the symphonic black metal band Bal-Sagoth and the death metal band Dyscaphia. The band describe themselves as a “project building on the musical tradition already established in the Maudling’s back-catalogue” — referring to the brothers Chris and Jonny Maudling, who are two of the four former members of Bal-Sagoth in the ranks of Kull.

The song below is a single named “Vow of the Exiled” from the band’s upcoming debut album Exile. Although the album is fully recorded, mixed, and mastered, there is no release date yet for the album, as the band prefer a traditional label release, and have resumed the label hunt after an initial deal fell through.

I suppose the references to Bal-Sagoth might be enough for some of you to anticipate what’s coming. For others, I’ll just say this new single is an adrenaline-fueled, bounding, and jolting gallop, but one in which the darting leads and swirling keyboards will make you think your steed is simultaneously transforming into a flock of swallows. Quite a bracing and enjoyable ride.