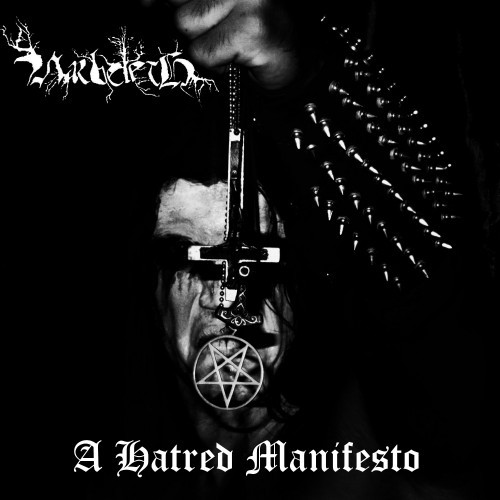 (We welcome back Karina Noctum, who delivers an interview with Dakkar of the one-man Cuban black metal band Narbeleth.)

Narbeleth is black metal made in the most adverse conditions in Cuba. When I first heard about this band I was impressed because of their achievements, then I listened to the music and I really liked it. It’s a display of raw feeling and I really appreciate that in a band.

Not always can you learn something good from BM bands; it is almost the opposite. But when it comes to Narbeleth, they are living proof that passion for metal knows no boundaries, and that the impossible can become possible if you work hard enough and never give up.

To begin with, please tell us about the Black Metal scene in Cuba…

Black Metal scene in Cuba is tiny these days. There was a time when we had 10 Black Metal bands in the entire country, which is something remarkable for a place like Cuba. But now it is a little less difficult to have instruments and rehearse, and we are seeing poser and crappy bands. Of course, there are still bands who are worth listening to, like Ancestor (relocated to USA), Man Own Plague, Blackult…

What are the good and bad sides of being a metalhead in your society?

I think that being a metalhead here is not different from other places in the world, you know people won’t understand it, but you don’t want them to understand neither. I don’t give a fuck about people/society and that’s it. The worst things about being
a metalhead in Cuba is that you have little access to music, to albums, to instruments, and no access at all to international bands (concerts and festivals). This sucks!

How would you describe your music?

It is just Black Metal, with all that implies. It’s Black Metal inspired by 80’s and 90’s obscure and aggressive metal. 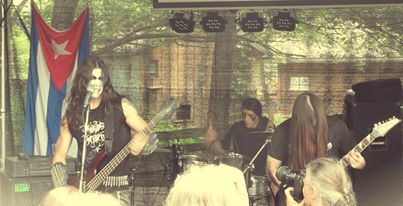 You have released your second full-length with a German label. How did you get to sign with them?

Yes, A Hatred Manifesto was released in May 2014 by the legendary Folter Records. How did it happens? Well, sending promos and contacting labels worldwide, that’s how one can get a deal, there is no other way. So I sent my material to the label in order to be considered for Under the Black Sun Festival (that was in early 2013), and after conversations and exchanges, Folter decided to book the band for UTBS and release my album.

Where did you record it? How long did it take?

I record all my music at my home studio, the Primitive Studios. I have no interest in professional studios (and I can’t afford it neither). I like the comfort of my own place. A fortress of solitude if you like, where I can do things on my own time, with no rush, no pressures. A place where I can let my spirit and creativity expand without boundaries.

I usually record in a couple of months, if you see it in total. But in reality it takes me just some days because I can record the guitar in one day, and bass on another day, and then voices in a couple of days, or three. If we just count the actual days of recording, then it is not more than a week, but these days are separated by time when I can’t record because of my job or my studies, so I need to find the perfect moment for it, and then everything flows.

Who else has been involved?

For A Hatred Manifesto I asked King Abraxas, my live guitarist, to write some lyrics for a song called “Land of the Heathen.” I love the result. He’s like a brother to me, and we have the same vision on Black Metal, so that’s why I asked him to do it. 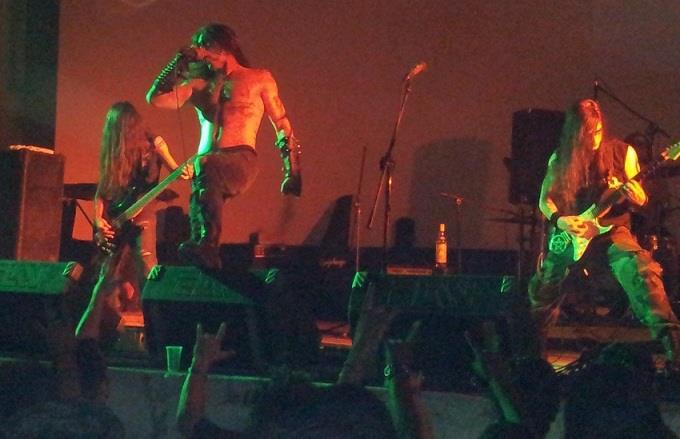 What are your expectations with this album?

Well, now I can tell you that my expectations were fulfilled at 200%. The release of A Hatred Manifesto by Folter Records and the participation of Narbeleth at Under the Black Sun 2014 put the band on the Black Metal world map. And it is very satisfying when you receive an email from a metalhead talking about your music and supporting your art. I appreciate it, because then I know that my creation has reached the proper ears.

Have you let traditional Cuban music influence your own music? Would you ever like to try some sort of fusion? Or is it important to stay true to BM?

No, not at all! I don’t like Cuban traditional or popular music, and to put something of these stuffs into Black Metal, or metal in general, would just be nonsense, at least from my point of view. Black Metal is sacred for me, so yes, it is important to stay true to its principles and values.

What new contribution to the worldwide BM scene can Cuba make?

Cuba has the potential to contribute to the scene with good bands, but people here need to wake up and work a little bit harder in order to accomplish that. Otherwise our country will remain unknown in the underground metal scene, and be remembered only because of the cigars and rum.

How did you start listening to metal?

I started listening to metal when I was a teen. Here in Cuba it has always been difficult to get music, and it was more difficult before the internet era. On top of that I have to make clear that the internet era in the way everybody else knows it has not arrived to my country yet. But my first contacts were back in high school when I got into Metallica, Guns N’ Roses, and all that. Then I got my first encounter with Black Metal. It was Darkthrone’s Under a Funeral Moon and Immortal’s Diabolical Fullmoon Mysticism… so I got obsessed by that genre. That’s when I began to take interest in Black Metal, and finally played in my first band ANCESTOR. The rest is history.

In which ways do you think BM has shaped you as a person?

I think it is not about how Black Metal shapes a person, I think it is more like an affinity between the individual and what Black Metal can offer to you, to your life. How it matches your vision of the world and how it can help you to go through life, and to deal with society. It adds up to my own strength and will.

3 Responses to “AN NCS INTERVIEW: NARBELETH”