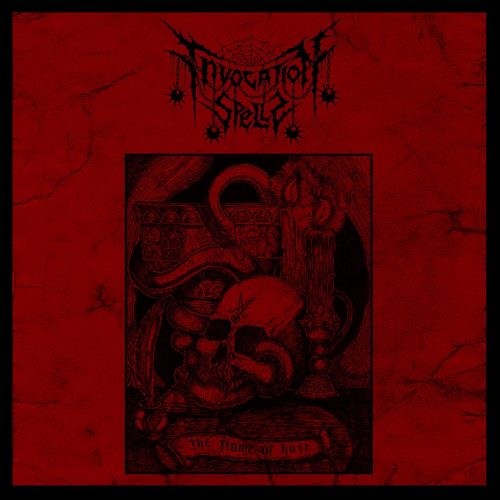 I became thoroughly hooked to the sulfurous, electrifying sound of the Chilean band Invocation Spells upon discovering their second album, Descendent the Black Throne (2016), from which we premiered the title track. It was a rare achievement, a galloping romp of speed metal riffs and gut-punching percussion trailing clouds of toxic smoke in its wake, capped by venomous vocals nasty enough to wake demons from their slumber, and as highly addictive as it was highly explosive. Now, in just a matter of days, Hells Headbangers will release Invocation Spells’ third album — The Flame of Hate — and we have a full stream of it for you now.

There are times when I read advance PR material about an album that’s so vivid and so accurate that I wonder, why should I even bother trying to describe the music myself?, because there’s no way I can match what I’ve already read. I had that feeling in reading these words about The Flame of Hate: 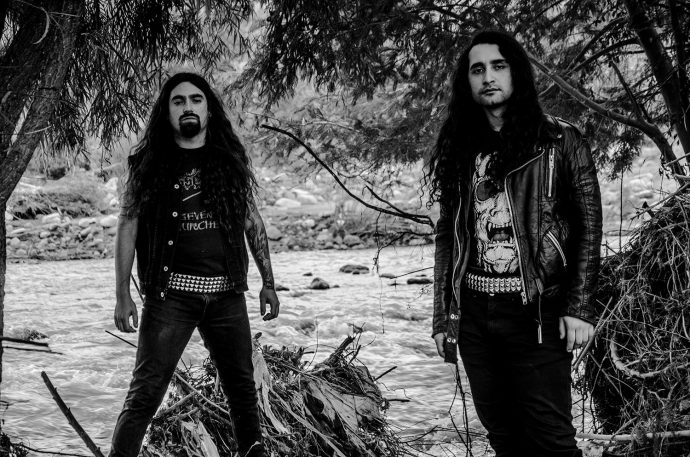 “Granted, much of Descendent the Black Throne had a special magick that helped it elude easy “blackthrash” categorization — namely, through an acute balance between the bestial and more classically speed metal tropes — but the molten, even martial pulse the band employ here turns these more deliberately hypnotic spells of possession into veritable anthems of minimalism, spilling poison and black blood in equal measure, and giving new rise to the term ‘headbanging.’

“And just like its predecessor, the recording across The Flame of Hate locates that elusive middle-ground between fuck-off raw and clear/cutting, with each incensed-yet-impassioned note ringing out through the humid haze before mangling the mind with quintessentially Chilean diabolism. At eight compact songs, The Flame of Hate wastes no time and demands repeat ignition, each glowing/glowering ember lighting the way to absolute possession.”

As you’ll soon discover, all of that is true. But of course I’ll add a few thoughts:

The high, boiling, treble-favored tone of the riffs in these songs gives them a hellish vibrancy, as do the constantly changing drum assaults and the absolutely feral, palpably bloodthirsty vocals. But this band have more going for them than the capacity to spew pure hellfire in great torrents. There are so many changes in rhythm and tempo, so many micro-second stops and starts, so many head-whipping alterations of sonic course — and the music’s pulse hammers so hard — that it’s a style of black thrash which almost rocks you off-balance as it’s tearing through your skull. In fact, it really would gloss over the dynamic and multifaceted nature of the songs to simply brand them “black thrash”.

Apart from the sheer creative song-writing exuberance on display here, this duo’s technical skill is also tremendously impressive. There is indeed a primal appeal to what Invocation Spells are doing, but it’s so blindingly pyrotechnic that I would resist calling it minimalistic. In fact, I had more than a few “what the hell did I just hear?!?” moments over the course of this rampage.

And I’ll further add that while the band clearly have unusually impressive talents as songwriters and performers, they know when to stop, too. Rather than stretch these fireballs out into displays of excess, they have wisely crafted compact songs that barge in, do their explosive, orgiastic damage, and then exit the other side of your shattered skull before losing their welcome.

In short, The Flame of Hate is one of the best and most viscerally appealing metal albums you’re likely to hear this year — a nekro/nitro onslaught that ruthlessly slays the competition. 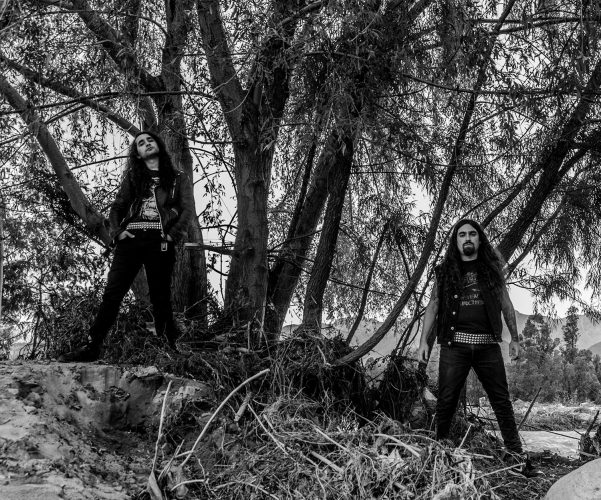 Look for The Flame of Hate on July 7 via Hells Headbangers.