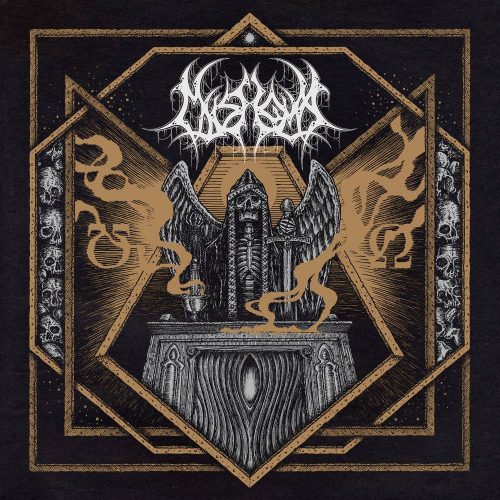 Never underestimate the power of cover art to attract listeners. Though not a musician myself, that’s one piece of advice I would place high on a list of recommendations for metal bands if anyone were to ask me (though I’m not holding my breath waiting for the requests to pour in). For example, I was eager to hear the debut EP of the Italian death metal band Mistigma based on one look at the cover created by View From The Coffin — and now here I am helping to introduce Omega Mortis to you.

In its actual physical format, the EP looks very good as well: 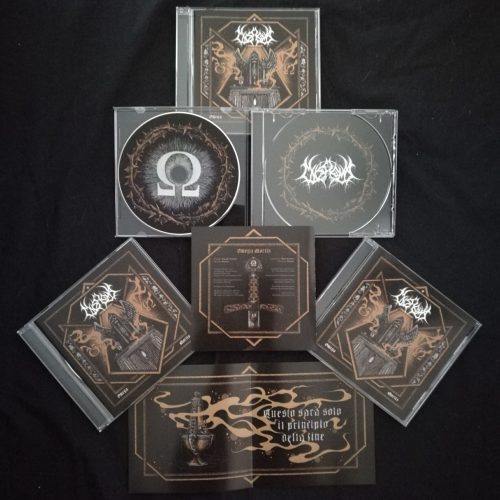 That physical release occurred in May, but all three tracks haven’t been posted on-line until today. I urge you to hear it, and I understand that it will soon become available on Bandcamp for those who might not spring for the CD edition.

Of course, while artwork might be an enticement, what counts most is the sound. In Mistigma’s case, the sound wells up from the perilous caverns of blackened death metal, with the band claiming influence from the likes of Blood Red Throne, Centinex, Demonical, Incantation, Necrophobic, and Unleashed — which of course is an outstanding list.

Mistigma themselves have seen and heard a lot of metal, with the project having originally taken shape through an alliance by two of its members back in 1999. It’s a good thing for us that they returned to the idea of Mistigma despite the passage of time, because Omega Mortis is well worth hearing.

The songs deftly combine chilling, morbid atmosphere, deep bone-sawing riffs, battering percussive assaults, and nasty barks, growls, and gurgles that come from the belly of the beast. The band mix grim, violent, high-speed frenzies with huge pile-driving rhythms, alternately charging ahead like a massive juggernaut, methodically smashing like a wrecking ball, punching like a nail gun the size of a howitzer, and sinuously slithering like a python. It’s a gruesome display of destructiveness, but razor-sharp in its execution. 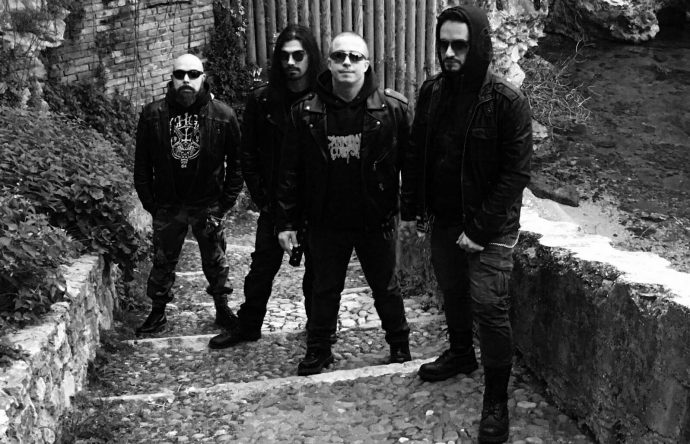 I hope you enjoy Omega Mortis. Links for a physical order are below, and I’ll update this with the Bandcamp link when it becomes available.