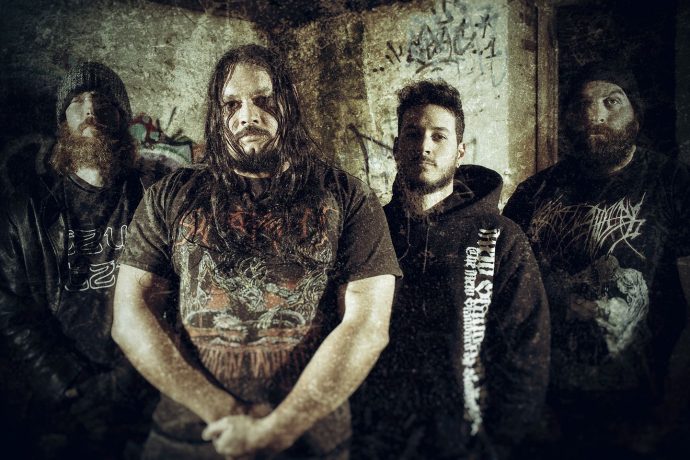 (We welcome back Vonlughlio, with another recommendation of brutal death metal for our readers.)

So this time around I have the opportunity to write about one of my favorite BDM bands from Australia. No, it’s not Disentomb (which I do love), it’s a band from Adelaide, South Australia, named Seminal Embalmment.

Formed back in 2006 under the moniker Five Finger Disintegrator, they changed their name in 2011 (glad they did).  Two years later they signed to New Standard Elite and released their EP Stacked and Sodomized, material that displayed amazing riffs with well-executed drums and great song structures. If I had made a top EP list that year, it would have been included. The only aspect of the music that I did not enjoy as much was the vocals; they were not bad, but they did not seem to go hand-in-hand with the music. 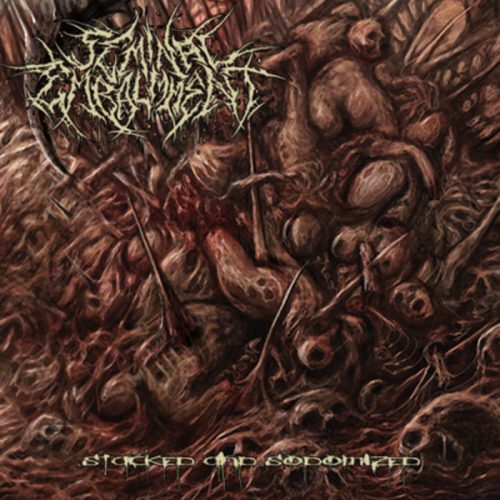 Another aspect of this band’s EP I enjoyed was the lack of gore in their cover art. I mean, don’t get me wrong, I do enjoy the gory covers you get to see frequently in BDM, but I felt that it was refreshing to see a band do something different with their cover art.   Overall, this band won me over with this EP, and as the years have passed I have sent them messages asking when their debut album was going to be released? I’m actually surprised that they didn’t reply with a: “fuck off!!!!” Lol.

2017 has brought us their debut album, self-titled, though NSE. Alongside the releases of Animals Killing People, Bacteremia, and Cenotaph, it was one of my most anticipated BDM releases. The current lineup consists of Luke Montillo (Guitars), Kieren Murray (Drums), CJ Smith (Bass), and Justin Wood (vocals).

Before I was able to hear the entire album, the label released a song a few months ago, and that track made me confident I would enjoy this album. When the album was finally released I pushed play, and now must say that it exceeds my expectations by a long shot.

Mr. Montillo goes on a riffing rampage and feels so original; for me, he plays his heart out and it shows. Passion with accuracy is what I feel when listening. Mr. Murray gives a great performance as well; the drums, with a natural production, are handled with great intensity and precision. CJ Smith’s bass is very audible, instead of being buried in the mix, and he includes small bits that creep up and add more depth to the song structures.

Here, the vocals are perfect — and go perfectly with the songs, as well as providing a touch of aggression that I felt was lacking in the EP. 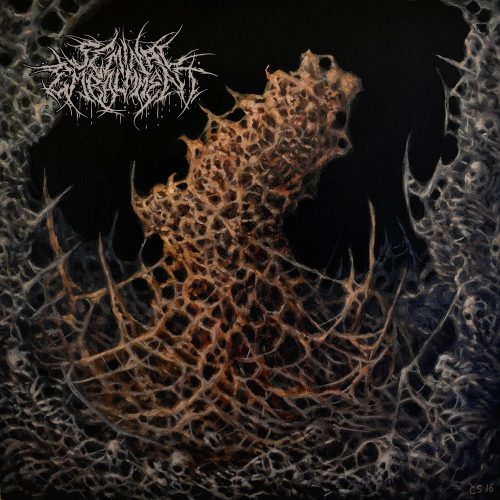 Again, I need to mention that the cover art and layouts of the CD are very different — not your usual BDM cover. The art was done by Cam Smith (from the BDM band Putrescent Seepage), a great artist whom I highly recommend, and not just for BDM covers.

Taking together all these aspects of the album, Seminal Embalmment has just released one amazing debut full-length that needs all the recognition from BDM fans around the globe.