(Andy Synn brings us a new installment in a series that focuses on recommended new releases from the U.K.)

I’ve said it before, and I’ll say it again – the UK Metal scene is in rude health right now.

Across the board, across a multitude of styles and sub-genres, my British brethren are kicking ass arse and taking names and working hard to remind the world that we have more to offer than just trend-chasing Pop-Metal groups and second (or third) hand copycats of American bands.

That’s not to say that things are perfect of course. There’s still a tendency in some areas to celebrate comforting mediocrity over anything with a more distinctive/challenging/interesting sound, and the occasional dominance of certain cliques still, in my opinion at least, has a slightly deleterious effect on our ability to make a serious impact outside of our own borders.

But, for whatever reason, sifting through the more generic and middle-of-the-road acts to find the ones worth my time seems to come more easily to me these days.

Maybe I’ve just become more discerning/cynical. Or maybe it’s just a sign of the cream rising to the top. 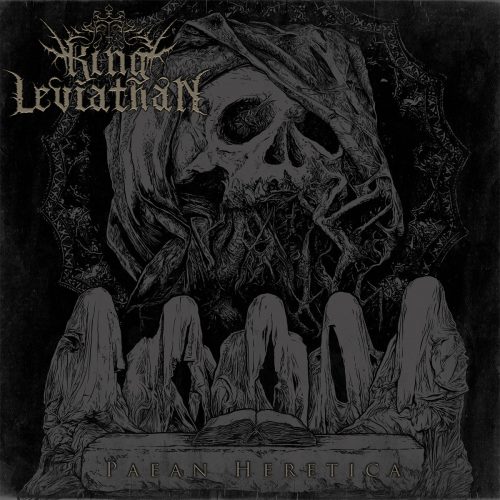 I don’t mind telling you that, up until now, King Leviathan have never really been my cup of tea. While their previous releases were all competent enough, they still seemed a little too slick for their “Thrash” label – more Trivium than Testament – and their whole “worship the old gods” shtick always struck me as incredibly contrived and more than a little hokey.

Heck, I even said all this to a member of their management team when he asked if I wanted to give the album an advance listen.

But I must say, I’m very glad I did decide to give the band another chance, as Paean Heretica is easily their best, their darkest, and their most mature-sounding release yet.

So far so good. The riffs are taut and brimming with energy. The drums, while not the flashiest, keep everything locked down tight, and help keep the energy from flagging even when the band indulge in a bit of proggy decadence. And the vocals are easily the strongest they’ve ever been, with Adam Sedgewick’s visceral, mid-range growls and bold, theatrical cleans both delivered with more clarity and conviction than ever before.

But the big question is, can the band keep this up for the rest of the album?

The answer, thankfully, is yes. Despite many of the songs sharing a rather similar structure, numbers like the anthemic “Sanctification”, the riff-tastic “Kingdom” (which also features a fantastically epic chorus refrain), and the brooding slow-burn of “Agony”, showcase a band finally coming into their own.

It helps that, although the individual performances by each member are top-notch, the overall sound is a little more raw, and less overly-polished, than before, giving songs like the crunching “Doomsayer” and the frantic “Coffin Swallower” an extra helping of grit and grime that really helps make everything feel that little bit more “real” and vital.

So if you’re a fan of bands like Wretched Soul, Sylosis, and Unleash the Archers, or are simply looking for your next fix of riff-intensive, Death/Power Thrash, then make sure to check out Paean Heretica (particularly my personal favourite track, “Like Wolves to the Throat of the Lions”) when it’s released at the start of next month. 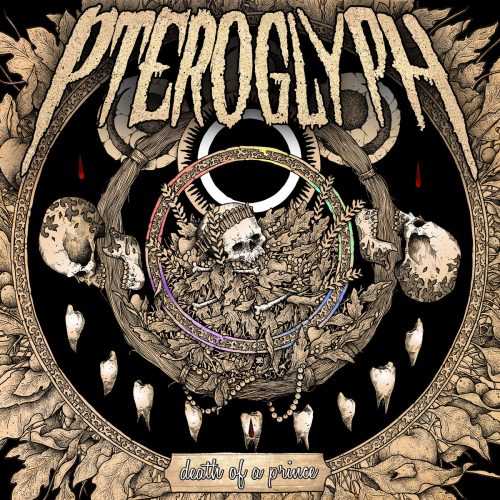 PTEROGLYPH – DEATH OF A PRINCE

In the interests of transparency I probably ought to tell you that Beyond Grace are going to be touring alongside Pteroglyph during July and August, so if you wanted to cast doubt upon my integrity and impartiality, now is the time to do so.

Of course, on the flipside of this, you could read the above statement as a positive endorsement. After all, we’re still small enough that there’s no-one around trying to tell us who to play with (or who not to play with), which means we’re able to pick our touring partners based more on whether we like what they do, and whether we think it would make for an interesting package.

And, judging by the manifold delights contained within Death of a Prince, I think we’ve made the right choice.

While more aggressive, more technically showy numbers like “Left Blind” – which transitions from a soothing, atmospheric opening section into a more angular chug and churn full of pounding drum work and jerky discordance, as well as a healthy helping of soaring melody for balance – the energetic Prog-Thrash gallop of “Deceit of Choice”, and the bruisingly bombastic “Red On You”, will undoubtedly tickle your fancy if you’re a fan of the heavier end of the Progressive Metal spectrum, the album shines even more brightly when the band (in actuality the creation of one man, Jimmy MacGregor, who handles pretty much everything here) go all-in on their most proggy ambitions.

This is most obvious during the record’s second half, beginning with the dramatic, djentrified grooves of the title-track, “Death of a Prince”, before picking up steam even more during the elegantly expressive “Komplex” (which features, among other things, some spellbinding lead guitar work during its penultimate few minutes).

That’s not to say the first part of the album is necessarily weaker though. As a matter of fact, I’d go so far as to suggest that it’s this steady transition from more modernised metallic heft to more poignantly progressive fare which gives the album its overall flow and direction, culminating in the epic, Devin Townsend-channelling “Hevy Casualties”, which brings together all the elements of the Pteroglyph sound in one towering edifice of powerhouse riffs and shamelessly majestic melodies to finish things off in sumptuous style.

Fans of Xerath, Textures, and Hevy Devy himself should eat this one up with a proverbial spoon, that’s for sure. 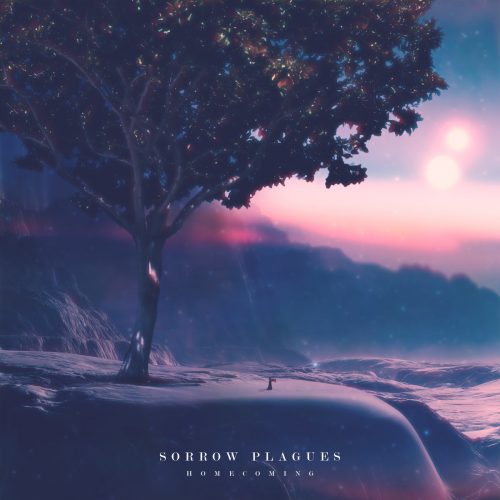 If you’re the sort of person who likes their Black Metal to be as ugly, as filthy, and as brimstone-fuelled as possible… this probably isn’t the album for you.

As a matter of fact (and despite what Metal-Archives might say), characterising this album as “Atmospheric Black Metal” would seem to me to be a little misleading. It would be more accurate to say that Homecoming – which has absolutely nothing to do with the new Spider-Man film, as far as I know – is perhaps best characterised as a highly cathartic, hugely atmospheric collection of blackened Post-Rock which puts an emphasis more on mood and melody than merciless aggression.

That’s not to say it’s in any way lacking in energy or intensity. The six songs which make up this album (written and performed by one-man, multi-instrumental marvel David Lovejoy) are as pulse-quickening as any of their more brutal brethren, each one overflowing with raw emotion and enigmatic, mercurial atmosphere.

The shimmering melodies and glistening harmonies of “Departure” are some of the most energising and uplifting I’ve heard since last year’s self-titled debut by Astronoid, while the anguished snarl of the vocals provides both colour and contrast in a furious torrent of rage and resolve, ensuring that – as undeniably gorgeous and grandiose as things get – the music is still rooted in something real and true.

“Disillusioned” is a ten-minute odyssey of thrilling harmonies and magnificent melodies, propelled by some truly electrifying drum work, that never once loses your attention or fails to pluck at your heartstrings, while the riveting “Isolated” weaves together a steady stream of potent blastbeats, angst-ridden vocals, and gleaming melodic riffage into a shining portrait of sorrow and loss.

The vivid and vibrant “Irreversible” continues on a more “blackened” bent, albeit one positively awash with breathtakingly beautiful melodies and intoxicating harmonies, while “Relinquish” adds on an extra layer of moody, keyboard-led ambience and sublime guitar acrobatics, leading into the climactic strains of the title-track, “Homecoming”, which not only introduces an unexpected new element into the mix (don’t worry, I won’t spoil the surprise) but also shifts things in a slightly more sombre direction as the album draws to a close.

Not so much “extreme” as it is simply “exhilarating”, the album is one that lovers of Alcest, Mesarthim, An Autumn For Crippled Children, and anyone with a taste for fervent, passionate music designed to express emotion in its purest, most uninhibited form, should definitely give a try.