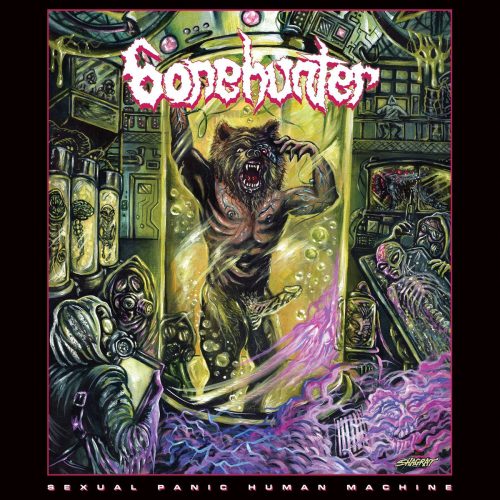 Thanks in part to the push provided by Hells Headbangers, Bonehunter’s debut album Evil Triumphs Again hooked a hell of a lot of fiendish listeners. It was a fairly unabashed tribute to the earliest works of Bathory, but this Finnish trio’s new second album pushes beyond that envelope, and does so in ways that pushes me to say, hell yes, evil triumphs again.

As an aside, nothing says metal like a werewolf with a big angry dick on the cover of an album, am I right? Unless it’s an album with an erect werewolf on the cover that’s called Sexual Panic Human Machine. An English grammarian might quibble with that stitching-together of words, but when you listen to the music, it makes perfect sense. 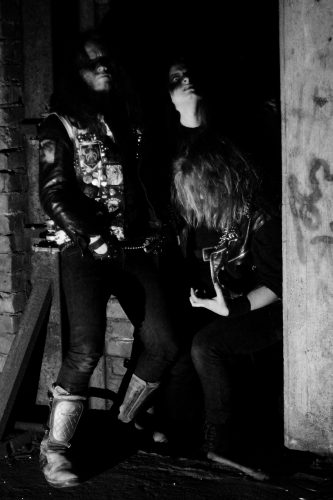 It’s a boiled-up blast of metal-punk that rocks damned hard, fusing speed-metal riffs and head-punching drumwork with vocals that sound just like you’d imagine what’s coming from the throat of that pissed-off lycanthrope on the album cover.

The guitar leads and the soloing spiral skyward as if on fire, while the big bass thrum is slugging you right in the gut. And the thing just keeps burning brighter and brighter, torquing the energy dial higher and higher, thrusting toward a giant musical orgasm that blows the top of your head off.

Okay, sorry, maybe I got carried away.

Let’s just say that “Digital Evil” has a primal, reptile-brain appeal so strong that it’s almost anthemic. It’s nasty, it’s loaded with melodic hooks, those feral vocals make you want to scream in your head right along with them, and it’s just about as much hellish fun as you can have with your clothes on. 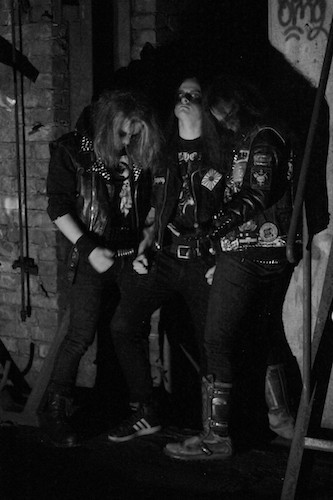 Look for Sexual Panic Human Machine on August 4th — the pre-order link is below, along with our premiere and the previously released track “Enter the Satan’s Dimension“.