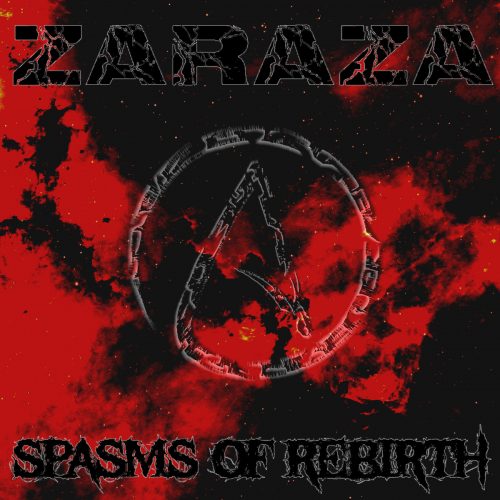 2017 marks the 20th anniversary of Slavic Blasphemy, the first groundbreaking album by Zaraza, a duo now divided between Québec and Ecuador. Six years after their full-length debut they released a second album, No Paradise to Lose. And now, a long fourteen years later, they have brought forth a third one, Spasms of Rebirth, a name that could be considered a description of their own reemergence.

The new album is being released today — July 17th — and to celebrate this dire occasion we’re premiering a song from the album named “Wulkan“, a track that entwines and mutates elements of sludge, doom, and industrial metal into a nightmarish shape capable of thoroughly chilling the blood. 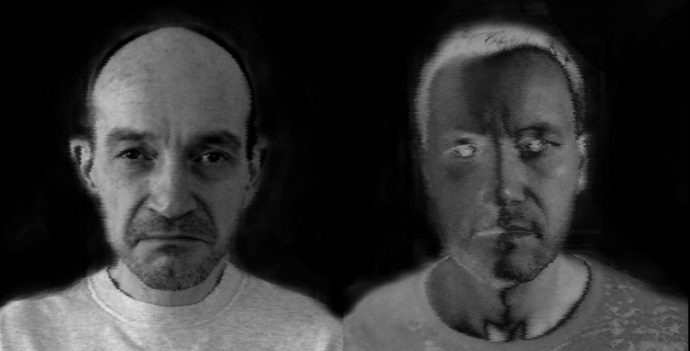 This particular spasm of rebirth is a nasty piece of business, one that relies on a repeating phalanx of gloomy, abrasive chords, hallucinatory guitar notes that revel in dissonance, a thumping drum beat, and scarred spoken words that resemble a form of psychic harrowing, with sanity falling before the scythe. The music hammers like the driving of spikes through bone and the unnatural stretching of mangled and broken bodies on a medieval rack.

More than halfway through this process of shattering, the guitarist executes a moaning, slowly slithering riff, python-thick and trailing disease and decay behind it, and follows that with a sequence of pulsing, blaring chords as the vocal contributions become even more eerie, and then a shrieking sound, which might be the screams of a tortured soul or the excretions of some musical instrument undergoing a torture of its own.

It’s the kind of music that can lock the listener into its remorseless groove, while also pulling the mind into a very unhealthy state of reflection. It crushes, and it’s withering in the virulence of the disease it propagates.

Spasms of Rebirth is an independent release and is available for order on Bandcamp. It is recommended for fans of Godflesh, Swans, Corrupted, Unholy, Disembowelment, and Skepticism. Along with our premiere of “Wulkan” we’re also including a Bandcamp stream of four other previously released tracks from the album, which collectively will test your sanity and emotional well-being.