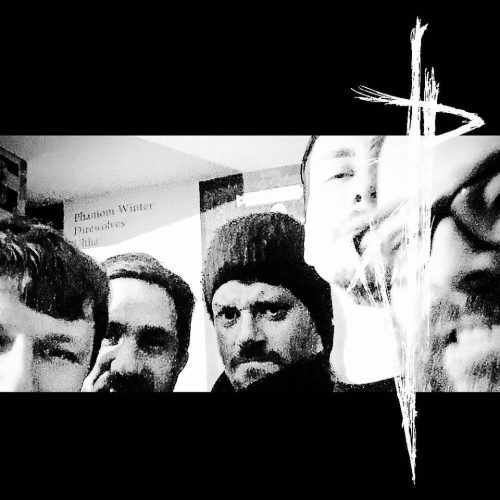 (Andy Synn brings us this first in a week-long series of interviews, and today’s initial installment is a discussion with vocalist/guitarist Andreas Schmittful of Germany’s Phantom Winter.)

One of the great things about being a part of a blog like NCS is being able to write about whatever bands/albums you find interesting, with little to no editorial interference, and no real pressures with regards to deadlines or being made to stick to a certain party line.

And that’s not something I take for granted.

Like the man said, “with great power comes great responsibility…”, and, for better or for worse, I have a platform here which means my voice reaches a lot further, and a resounds a little more loudly, than it would do otherwise.

Good morning/afternoon/evening (delete as appropriate). How are things?

Andreas: We are doing well! The recent run of shows was lots of fun and it looks like the new album will be completed in the next weeks.

For those unfamiliar with Phantom Winter, how about a short bio/history of the band?

Andreas: Before Omega Massif broke up I decided to start Phantom Winter as a side-project, because I wanted to have a more extreme band and I wanted to write all the music by my own. I also wanted to start something with vocals, even though I was the one who always persuaded the others of Omega Massif to keep the band completely instrumental!

So I wrote the song “Wintercvlt“ and Christof liked it a lot and said he wanted to join me, and then a few weeks later Omega Massif split up, so I ended up with more time to concentrate on Phantom Winter.

I am really happy where I am now, because with Omega Massif, everything had been said. We wrote the albums we wanted to write, we tried to write new albums for four years, and it did not work out. And we also had some other problems.

Christof and I asked some friends to join us in the band. They all agreed on the “one guy writes the music“ thing and so far it’s worked out fine and helped maintain clear vision behind every single aspect of the band‘s output. 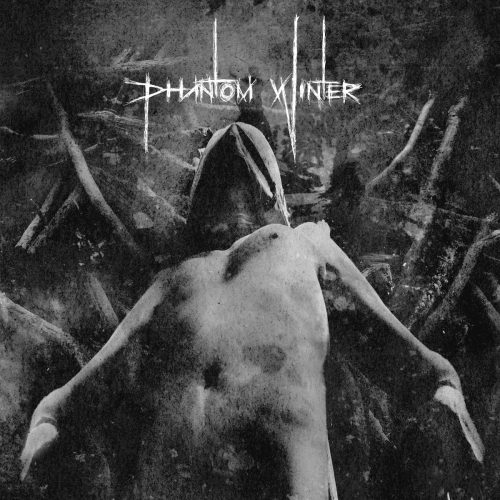 How would you describe your sound/genre to the uninitiated/unfamiliar listener?

Andreas: I don’t care about genres that much, but I think it has a doomy vibe with some dark and witchy vocals, so I like to describe it as “Winterdoom“. It is dark, it is heavy, it is good music to watch the world go down.

What are you guys all up to – collectively and individually – these days? And what have you been doing, as a band, since the release of the last album?

Andreas: Martin and Flo (who joined us some months ago as our former guitarist Björn had to leave us for personal issues) became fathers, so now we must be South-Germany’s band with the most kids, as we have nine kids all together! However I have finished most of the new songs for the new album, and that’s going to be recorded in Autumn of this year.

We’re also going to play a few more shows this year, but most of the time we’ll probably spend with our families and/or travelling. I know this must sound boring, but it’s the best thing we can imagine.

Obviously I fell in love with Sundown Pleasures pretty hard but, with the benefit of hindsight, how do you guys feel about it now?

Andreas: I guess we are all proud of it. Same as Cvlt. Every album has its aspects and our music cannot be compared easily to any other band, so I think it is kind of a unique sound with a unique vibe.

I have the space to say a lot with the lyrics, and I really love our relationship with Oliver Hummel from HUMMELGRAFIK, who is an old friend of mine and who made all the Omega Massif-Artwork, too.

How, from your perspective, was the album received? Better, or worse, than you’d hoped for?

Andreas: I think it was pretty well received. We don’t expect anything from the world. But it makes us happy, if someone supports us and writes a good review or makes an interview. We really like it, if someone cares.

How would you say it progresses/grows/evolves your sound from your debut?

Andreas: The sound is better than on Cvlt, for sure. Some might like that, some might not like that. But the songwriting is still the same. Every album is a snapshot of a certain period of my life. So every album will have both parallels and differences/developments. I think Cvlt perhaps had more dirt while Sundown Pleasures was heavier, but also had more of a pop-vibe if you look at the song-structures.

The new album will just be brutal.

What was the whole writing/recording process like, in hindsight?

Andreas: Well I write the songs and then we practice and maybe change parts or lengths, etc. In general I have most of the lyrics or I at least know what the song is about, pretty early on.

That’s how I write the music. I know what I want to express, what emotions and feelings. It is like writing a poem. Everything must depend on each other. Then it will be a satisfying song.

The recording was handled by Hands of Henner (recording) and Role from the TONMEISTEREI in Oldenburg. They know their shit and it is always a pleasure to work with them!

A bit of a generic question here, but one I’m particularly interested in, but what/who do you consider to be the band’s primary influences and/or peers? Personally I couldn’t help compare SP to Death Mask by Lord Mantis, even though I’d imagine both bands are clearly coming at things from a very different direction.

Andreas: I don’t know Lord Mantis but maybe I should check them out! I get my influences from PJ Harvey, Sisters of Mercy, Nasum (and a few more) and the books I read. I think most of my influences come from other genres like soundtracks, hiphop, postpunk, and darkwave, whatever.

When I listen to Low’s pissing it feels (although maybe I shouldn’t say this) heavier than anything any heavy sludge band ever did to me. When I listen to Yamashiro Shoji’s Akira-Soundtrack, I am completely blown away by its power and its magic. I could also name The Cure’s Pornography album. This is the perfect fusion of music and thoughts.

More influences? Bruce Springsteen – Nebraska, Neil Young – Zuma. I don’t know, I feel like someone who writes music should be influenced by the whole world in all its extremes.

There’s obviously a lot of socio-political commentary and context underlying tracks like “Bombing the Witches” and “Wraith War”, so would you be willing/able to go into some of the lyrical themes behind the album?

Andreas: Good one! The album as a whole is like a classical drama written in five parts. “Sundown Pleasures” sets the situation, introduces the characters, lets you dive into the scene…where people only can survive in a world full of misery (family, job, religion, everything) if they have these “Sundown Pleasures” (these can be anything from sex to internet to drugs to tv, they don’t solve anything, they just give you a chance to go on, even if just for a short time until you break).

In “The Darkest Clan” we sing about the fact that it doesn’t matter how evil, bad, good, free or whatever you are, sometimes you just need someone to love and it makes your world a bit better…or someone to hate. You just exist and your life eats yourself from the inside. If it makes any sense… who knows?

Moving forwards, the character realizes that all the problems he or she has are fucking first world problems. The aspect, that in a lot of regions of this earth women are raped, suppressed, killed for being female, is disgusting and not acceptable (“Bombing the Witches”).

And the aspect that it is the 21st century and people are still killed for their religious beliefs or non-beliefs is unbelievable and unacceptable (“Wraith War”). So the character falls into a deep depression and realizes that he or she is part of the “Black Hole Scum”, there is no escape. And that it is not bad, to be part of it. It is a good thing to be against something that is wrong, to stand up for someone who is fucked up by society, religion, or patriarchy.

And in “Black Space” the character explains why there is no sense in trying to assimilate. A life with Sundown Pleasures is the only possible one.

Well, thank you so much for that. Lots to digest there. Any last words for your adoring fans?

Andreas: Thank you for staying with us! And don’t complain about the past, the future will be dark.