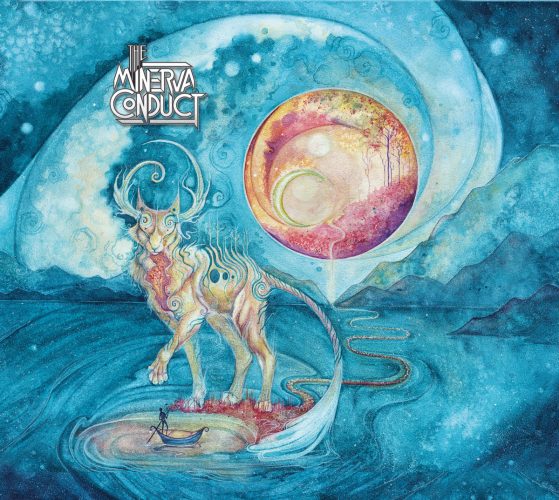 The Minerva Conduct’s self-titled debut album will be released by Transcending Obscurity India on September 15th, and today we’ve got the premiere of an electrifying track called “Metanoia“. 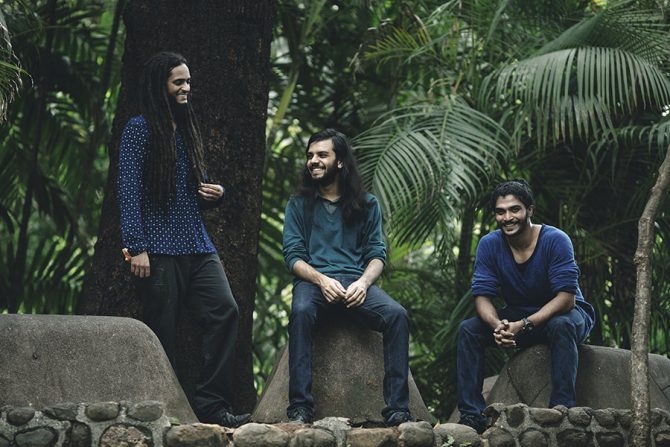 As you’ll soon find out, The Minerva Conduct’s members have turned in a different direction from the varying shades of death and black metal metal that have marked the releases of the other bands on their resumes. While their new music certainly hasn’t left behind the battering physical aggressiveness of those other bands, it is instead a brand of atmospheric progressive metal that incorporates different uses of their skills and imaginations. And as they’ve ventured off into this new territory they have left vocals behind — but you won’t miss them.

At the outset “Metanoia” matches big booming grooves against skittering riffs and hammering drum acrobatics — and then it begins to jolt and jump forward, speckled with bright guitar tones that lend an ethereal shine to the jolting, as well as a scintillating guitar solo. There’s lots of instrumental flash on display, not least of which is the show put on by the rhythm section of Shriyan and Koperweis, but the song also includes a gliding astral melody that provides contrast, as well as a dreamlike interlude made of rippling guitar notes and flickering percussive electronics.

The result is an irresistible, heavy-punching head-mover that also sends the mind off into glimmering astral realms, the kind of dynamic and inventive composition that stands up well to repeat listening.

As noted, The Minerva Conduct will be released on September 15th by Transcending Obscurity India in a variety of formats and bundles. It features eye-catching artwork by ShePaintsWithBlood (US). Pre-orders are available via the Bandcamp link below, where you can also check out two other album tracks, “Vile” and “Exultant”.