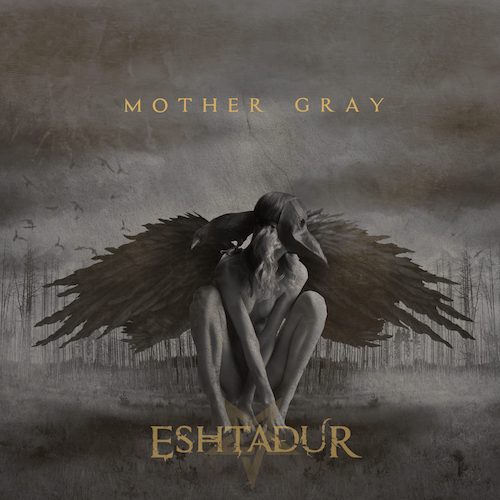 The new song by the Colombian band Eshtadur that we’re premiering today is a case study in song-writing dynamics. It’s also an example of a band who are adept at creating melodic death metal that hasn’t been neutered and prettied-up for mass appeal; this isn’t a lapdog that will cuddle with you, it’s a wolf that wants your throat in its jaws.

“Belong To Nowhere” is one of ten tracks that will appear on Eshtadur’s new album Mother Gray, which is set for release on August 8 by Bleeding Music. We’re sharing it today in the form of an official video that mixes slow-motion footage of Eshtadur throwing themselves into a live performance with dramatic vistas of the natural world. 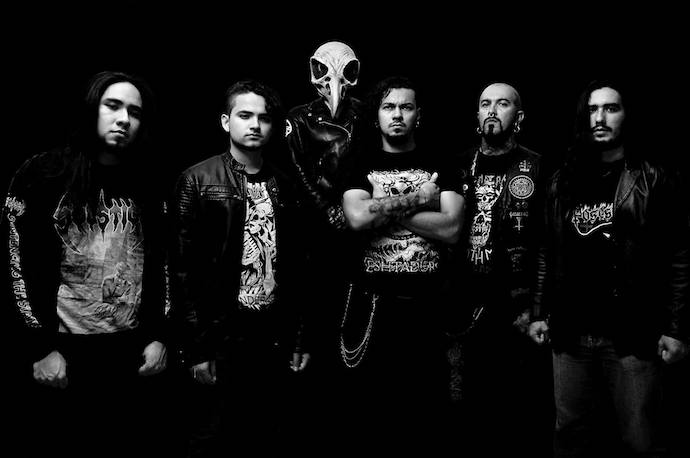 If you’re looking for the rush of speed and the impact of a turbocharged assault to put a dose of adrenaline in your veins, “Belong To Nowhere” delivers all that, in bursts of rapid-fire drum pummeling and riffs that discharge blistering jabs and bouts of poisonous swarming, augmented by furiously darting fretwork and vocals that range from gritty growls to livid howls and burning cries.

It’s a vicious and jolting attack, but the song is also gloomy and threatening, seamlessly integrating a dark, sinuous melody and whispering spectral notes in a way that builds an ominous atmosphere around the band’s frenzies of violence.

Mother Grey was mixed by Christopher Clancy and mastered by Daniel Bergstrand and Lawrence Mackrory, and it includes guest guitar solos by Christofer Malmström of Darkane. The cover art was created by Sylvain Razor.

The band has previously released the album’s first single, “Cornered At the Earth“, which can be heard at the Bandcamp page linked below, where the album is also available for pre-order.