Now the same trio have collaborated again (along with Simon Blomberg) on a video for a new Grift song — “Den stora tystnaden” (“The Great Silence”) — which “follows the red thread” from the video for “Svältorna”. 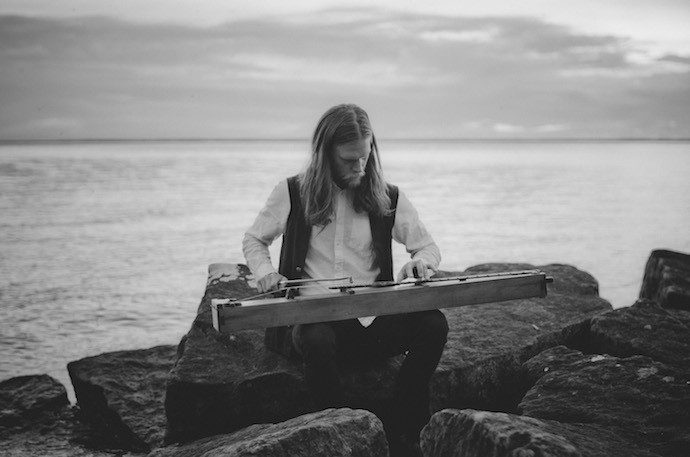 Erik Gärdefors has an intense, emotionally evocative harsh voice, and the music is equally evocative, somber and self-reflective at first and then building to a crescendo lined with despair. Or perhaps you’ll take different feelings from the music… but it won’t leave you unfeeling.

Grift’s new album Arvet (“The Heritage”) will be released by Nordvis Produktion on September 8.

P.S. That old Swedish instrument that Erik Gärdefors carries and plays in the video is a Psalmodikon. About its history, which dates to the early 19th century, The Font of All Human Knowledge tells us this:

“At the time, many congregations could not afford organs. Dance instruments were considered inappropriate for sacred settings, so violins were not allowed. The psalmodikon, on the other hand, was inexpensive to build, was not used for dancing, took up little space, and could be played by people with little musical training.” 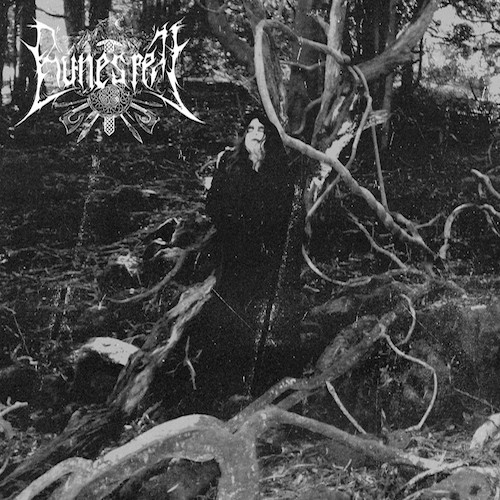 Through sweeping waves of majestic yet bleak melody with a heavy, heaving undercurrent and surging percussion, “Oblivion Winds” channels feelings suggestive of defiance and sacrifice, bloodshed and bereavement. Mystical guitar and keyboard melodies with a folk-ish tinge lend an air of mythic spirituality, while the reverberation of barbaric vocals manifest a slaughtering vehemence.

The song comes from Unhallowed Blood Oath, the debut album of Australia’s Runespell, which Iron Bonehead plans to release on September 29. Runespell is the alter ego of Nightwolf (Eternum, Blood Stronghold).

(Thanks to Miloš for first pointing me to Runespell.)

“Powroty” is the next song in this collection, a track by the Polish project Biesy, which consists of composer/lyricist/multi-instrumentalist PR along with vocalist Stawrogin (Odraza) and drummer MP (Outre). It comes from a debut album named Noc Lekkich Obyczajów, which will be released on September 9 via Third Eye Temple.

“Biesy” is a Polish word for fiends, and the tension-ratcheting dissonance, booming drumwork, and crocodilian growls at the outset of the song are indeed suggestive of fiendish malevolence and power.

The music intensifies, the growls flaring into delirious cries and the drums becoming an artillery fusillade. Blaring chords and feverish leads turn the winding spring on the listener’s sanity to the snapping point, while the weight in the low end is bone-smashing and oppressive.

Crazed, crushing, and absolutely transfixing music… which is streaming exclusively at DECIBEL. 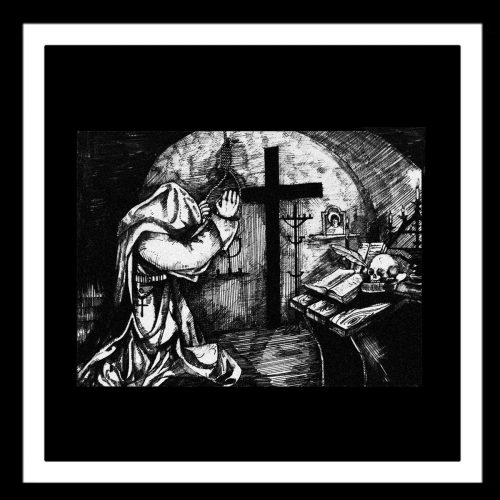 Tome I is the debut EP released on July 19 by a Ukrainian band named Grave Circles, about which I’ve been unable to find any background information. The three songs on the EP are so well-done, it makes me think the members must have honed their craft in other projects before this one — or they’re just astoundingly precocious.

With a clear, powerful production, the EP delivers chest-cracking rhythmic force and thoroughly gripping guitar work, with grim, growling vocals that are heartless and shrieks that are incinerating. The wonderfully dynamic music is fiery, bombastic, sweepingly grand, painfully stricken, and sometimes perched on the edge of madness. It moves from warlike frenzies to declarations of triumph to anguished dirges — and the movements are in near-constant flux, but never lose their cohesiveness.

I’ll be surprised if Tome I doesn’t have you in a fierce embrace straight through — that was certainly the effect it had on me. Beautifully composed and performed with impressive skill, it’s an EP that belongs on an evolving list of the year’s best short releases. 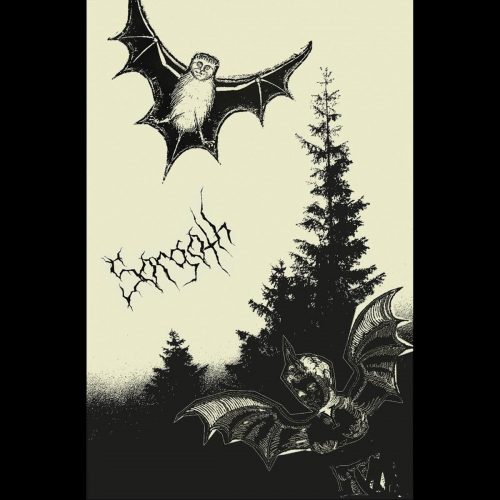 I think it’s time for you to take plenty of deep breaths, so as to thoroughly oxygenate your blood, because you may have trouble breathing while this next EP runs its course.

After a creepy intro track, Impurity explodes in a pyroclastic flow of hyper-speed drumming and flying fretwork, with a shrieking voice that’s just as lividly on fire. While the riffs are frequently incinerating, they’re also hooky as hell — these songs rock out almost as often as they set fire to everything in their path.

I’m probably exaggerating a bit — there are breaks and bridges and less frantic movements in this headlong rush, and some of them include the most memorable melodies on the EP (for example, near the end of the third track, “Inhuman”), though you’ll find gripping melodic currents (generally bleak in their atmosphere) in even the most white-hot assaults.

Impurity appears to be a debut EP, created by a young Slovakian band named Sorgoth, and this is another case where one of my favorite short releases of the year has come plummeting out of the unknown like a meteor.

(Thanks again to Miloš for the link to this release.)