The original idea for The Rearview Mirror (credit to DGR) was to give us a quick and easy way to begin Sundays at our site when we had nothing else ready to go. It was supposed to be quick and easy because all we’d do would be to post a song stream from fondly remembered releases from the past, as opposed to our usual constant focus on new and forthcoming albums, EPs, and splits. Yesterday would have been a good day for that since I was on a mini-vacation and had nothing ready to go. Of course, I forgot.

It didn’t take long for the original idea to morph. “Wordiness” is our middle name, and so our Rearview Mirror posts expanded into essays and took almost as much time to prepare as everything else around here. Which is probably why the series eventually melted away. It might come back on a regular basis since I’m now thinking about it, or it might not. But I am reviving it at least for today… since I don’t have anything else ready to go on this Monday morning (things are in the works, just not finished).

But this post still doesn’t follow the original Rearview Mirror idea. Wordiness still reigns (though in this case I’ve cribbed from some things we’ve written in the past). 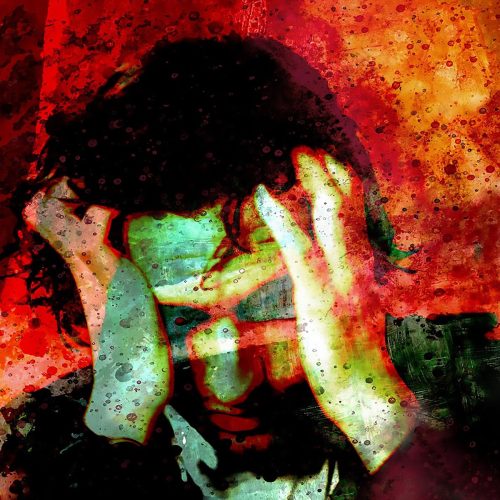 Back in the day, I was massively hooked by the second album from Pennsylvania’s A Life Once Lost. The intricate polyrhythmic interplay between the drums and the bass, the mid-range moaning of the guitar leads and assorted other guitar noise, and the high-end howling vocals of Bob Meadows made for a very sweet combination on A Great Artist.

I liked their next album even more. 2005’s Hunter featured even more deeply-carved Meshuggah-esque grooves and even more incurably infectious riffs, and Meadows‘ vocals were downright incinerating. I probably listened to that album as many times as I’ve listened to anything (this was back in the day when I hadn’t yet become as obsessed with NCS as I am now, and actually lived with my favorite albums for a long time rather than constantly flitting around hunting for new music to write about multiple times a day). 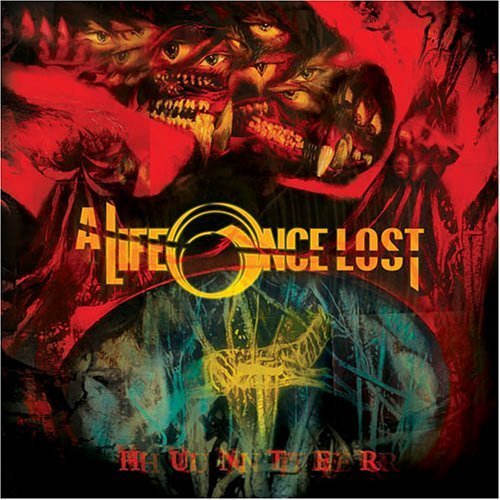 The next album, 2007′s Iron Gag, was good, too, though I’d gotten so hooked on the band’s style that the musical course changes on it were personally disappointing — less Meshuggah and more Pantera, and a throatier vocal style from Bob Meadows.

Then, it appeared the band had broken up, and that was a huge bummer. But I discovered at the end of 2009 that ALOL wasn’t really history after all. At the end of that year, I read that the band were planning a new album in 2010 — and on the strength of that news, I put them on our January 1, 2010, list of the 21 albums I most wanted to hear in 2010.

Well, it took a bit longer than that.

I kept following the progress of this album, while squelching doubts that it might never come to pass. Shit got more real when the band performed live at the first Metal Suckfest in NYC in November 2011 (with the performance reviewed here for us by Joseph Schafer, aka BadWolf), and still more real when Joseph interviewed Bob Meadows for NCS in January of 2012 (posted here) and got details about the new album. 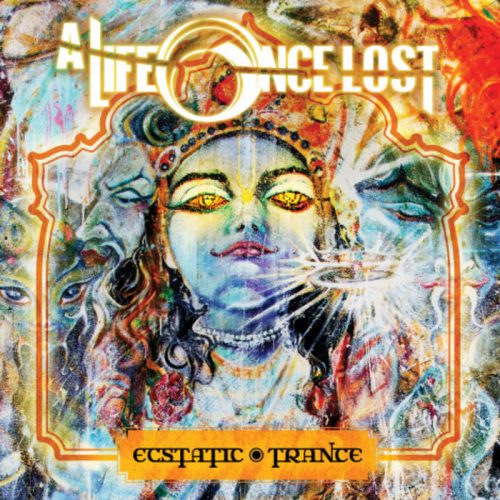 And then the album became a reality. As in, Ecstatic Trance was released by Season of Mist in the fall of 2012, preceded by premieres of “Something Is Awful” and “Madness Is God”. “Madness” had a near-industrial repeating groove as its backbone and futuristic, weirdly pulsating guitar notes sprinkled here and there, along with a scarring vocal performance by Mr. Meadows. “Something Is Awful” laid down another heavy-grooved foundation, one that’s dark and physically compulsive, with an even more interesting assortment of guitar leads/solos squalling and flickering around it, and truly paint-stripping vocals, too.

The music wasn’t exactly like anything that ALOL had done before, but since it followed the last album by a long five years, that shouldn’t have been surprising. The world of metal had changed dramatically during that down-time, and ALOL changed as well (in its line-up as well as in its musical style). The album predictably generated controversy among the ALOL faithful due to those changes in sound, but I liked it a lot, and so did my friend Joseph, who included it in his NCS list of 2012’s Top 10 Albums (this was before he left us to become editor at Invisible Oranges). He wrote this:

ALOL’s Ecstatic Trance was one of my most anticipated albums of 2012 . . . and 2011 . . . and 2010.  It did take a long time to be completed, even after word of the band’s revival first surfaced. But all of their previous albums had such a powerful effect on me when they came out that I yearned for some new ALOL, no matter how long it took.

Ecstatic Trance reflected numerous changes in the band’s sound, but that was to be expected with the passage of so much time. One thing didn’t change — the music was still built around mega-weight grooves.

I’ve been excited for this album for a long, long time. A Life Once Lost’s catalog was some of my first extreme metal and hardcore. I celebrate their entire catalog, even the much-maligned Iron Gag album. Five years is too long a wait. But after a near-total lineup change, and half a decade of work, Ecstatic Trance represents the purest distillation of what A Life Once Lost is, as a band. The blues scales from Iron Gag, and the punk sneer of Hunter, have been replaced with psychedelic undertones.

Oh, and some of the most punishing grooves I can think of. The influences here are obvious: Meshuggah, Ministry, and Killing Joke (the album even comes with a cover of “Asteroid.”). Bob Meadows pulls no punches in his most ferocious vocal performance on record. It is as if the group decided to show every Djent band on the planet precisely how awesome that subgenre could be with a bit of grit and a lot of heart.

After Ecstatic Trance, ALOL broke up again, apparently due to Meadows‘ desire at the age of 33 (as he put it) to find a life outside of “getting in a van, sleeping on floors and playing shows at shitty bars for 14 years”.

I’ve picked three songs from the ALOL discography to stream below, each of them representing my favorite track from my three favorite ALOL albums — “Cavil” from A Great Artist, “Rehashed” from Hunter, and “Something Awful” from Ecstatic Trance (which I included in our list of Most Infectious Songs for the year of its release).

After those streams, I have a postscript about what Bob Meadows is up to now (including music from two new releases).

I haven’t tried to keep up with what the members of ALOL have done musically since the band’s dissolution in mid-2013. Last week, by accident, I happened to see a notice that Bob Meadows has re-surfaced in a Pennsylvania band named Mind Power, which also includes members from Dead End Path, Ligeia, and Bring The Heat. Mind Power’s debut album Depopulation was released in May of this year. Stumbling across Mind Power and listening to some of the music on their album was in fact what made me start thinking again about ALOL, and that led to this post you’re now reading.

I also discovered that Meadows is part of another band named Oldbones. Their first album Us vs. Them, was released on July 28. Below I’ve included streams of Depopulation and one track from Us vs. Them.

POST-POSTSCRIPT:  After posting this article, I shared it with my friend Joseph, and he mentioned that some other former members of ALOL were in a band named Ecstatic Vision — which was news to me. And indeed, former ALOL members Doug Sabolick (vocals, guitars) and Jordan Crouse (drums) are in Ecstatic Vision. And Ecstatic Vision released their second album, Raw Rock Fury, via Relapse Records on April 7 of this year. You can stream that on Bandcamp HERE.

10 Responses to “THE REARVIEW MIRROR: A LIFE ONCE LOST (AND MIND POWER AND OLDBONES)”