Here’s the second part of a post I began (here) earlier today, collecting recent variants of black metal that I’ve been enjoying, and hope you will enjoy, too.

“When You Need Metal​.​.​.​Go To Hell” has been a slogan used by the Hells Headbangers label for years, and it’s also the name of the next album I’ve chosen for this collection. It was released on July 21 by a band from Krasnodar, Russia, named Bestial Sight. It appears to be their first release. I was drawn into it by the cover art, which is fiendishly good (though I haven’t discovered the identity of the artist). Update: the cover art is by Alexey Sivitsky (Godlike ikons) 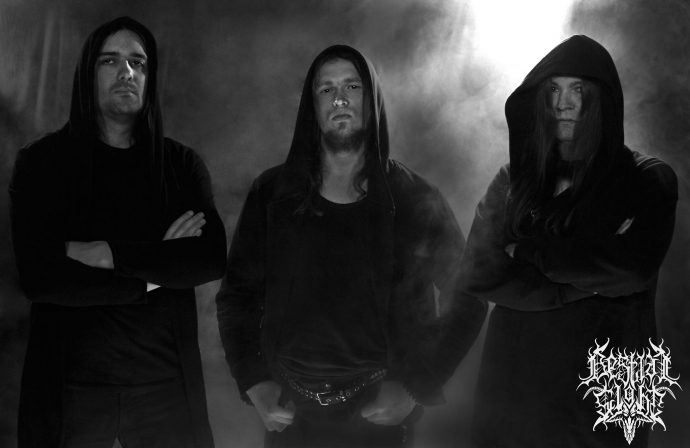 The album includes two covers of songs by Mayhem and Carpathian Forest, and they do a fine and faithfully executed job on both of them. As for the original tracks, the choice of those two covers provides a clue to their direction.

I was taken immediately with the first track, which combines a chilling yet bombastically powerful intro segment with a song called “Hordes of Impious Legions”, and a blazing onslaught it is. It flies at high speed, immediately showing off the eye-popping (and bone-breaking) talents of the band’s drummer and the fireball explosiveness of the fretwork, along with the wild, lacerating force of the vocals.

The album benefits from a powerhouse production job which causes the music to hit with traumatic force, and with razor-edged clarity. The near-physical impact of the sound is at its zenith when the band have the gas pedal jammed all the way down, but even when they restrain their fury, the music is bowel-loosening in its heaviness, and oppressive in the weight of its gloom.

Bestial Sight are not only skilled performers, they’re also good song-writers, adept at filling these barbaric and grandiose songs to the brim with hooky melodies, jolting rhythms, and flamethrowing solos. The end result is a ferocious, head-hammering thrill ride that doesn’t lose its appeal after the first listen.

(By the way, the ride ends with a closing track that’s simply immense… in part a slow, grief-stricken crusher introduced by acoustic guitar, and in part a wintry gale of turmoil and torment, with a sublime, tear-stained conclusion. The pain in the music is palpable… and beautiful.) 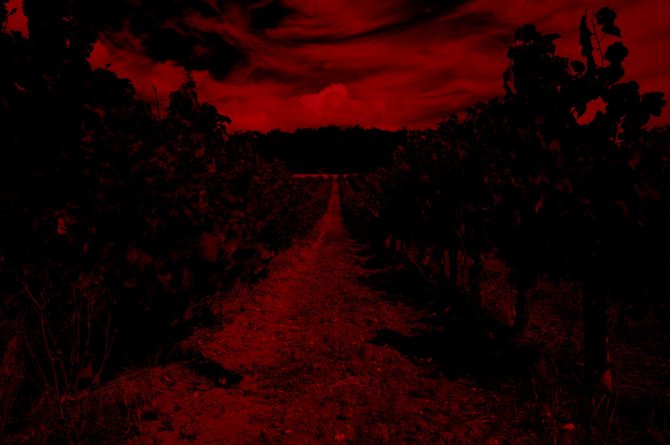 From the first listen I was fascinated by the two tracks now streaming from a forthcoming release named Crasse de fer by the French band Mésalliance. They released an album last year entitled Ère Rance, but I haven’t heard it yet (it’s available on Bandcamp). It seems the band was once a duo, but now may be a one-man project.

The keyboard intro to “L’infinie torpeur des consciences” (which in part rings with notes resembling a harpsichord) is both sorrowing and mystical, and the eeriness persists as the song unfolds, transforming into sensations of incipient madness mixed with grief.

“Hypercrasse” is a more jolting and jabbing affair, and a more fully fleshed-out and richly textured song, with more prominent vocals and a huge bass presence. Yet the chiming guitar melodies, edged with abrasive grit, are heart-piercing in their sense of affliction. The glimmering keyboard notes and ambient shimmer at the end provide a completely fitting conclusion to a song that is beguiling all the way through, even in its most tense and despairing moments. 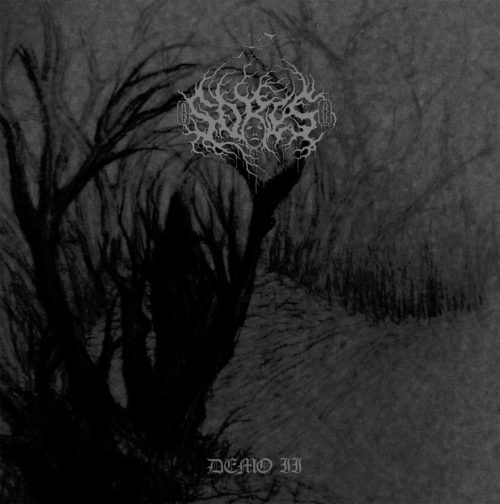 Sores is a two-person band from Greece. Their Bandcamp page tells us that their formation occurred in 2017, but they’ve wasted no time in releasing a couple of demos, the second of which I’ve installed below (I haven’t listened to the first one yet).

Sores can certainly rip, race, and scald the ears with vocal acid, while at the same time lacing their compositions with depressive but affecting melodies. The songs become even more interesting when the pace slows and the music becomes almost hallucinatory, and almost catastrophically wretched, thanks in part to the sheer incinerating emotional torture expressed by the vocalist.

P.S. I really like the bass work in both songs, as well as the decision to put the sound way up-front in the utterly doom-drenched second track.

P.P.S. I saw a note on the Sores FB page that their composer/instrumentalist N.D., who is also a member of Isolert, has joined with other members of that band in a group called Sørgelig, who have released an EP named Forever Lost, described as “Old-School black metal in the style of early Darkthrone, Gorgoroth“. I haven’t heard it yet, but intend to. It’s streaming on Bandcamp here. I would also note that the other member of Sores, vocalist Sacrilegious, is also a member of the excellent Insanity Cult. 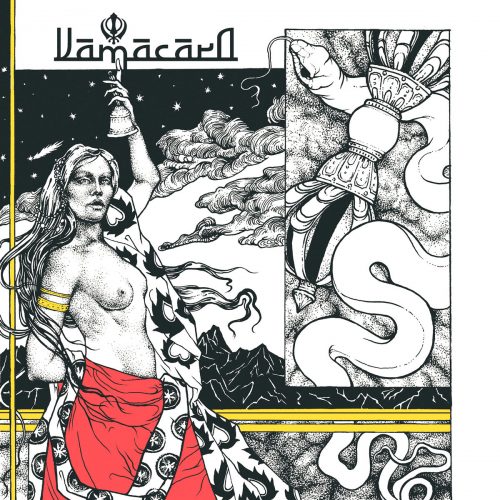 I’m closing this collection with a last-minute addition, which may not make much sense, given how much trouble I had carving this down to seven bands when I first began writing. Although I had resolved to keep this thing from mushrooming beyond the original seven, I couldn’t resist adding this release by Vamacara. Here’s how that happened:

In perusing the Facebook page of Ctulu, whose new EP I picked to start the first part of this post, I saw the following post on their wall from May:

“In August 2015, Ctulu’s guitar player and vocalist A. has founded a project to find a place for all the ideas and inspirations that didn’t quite fit into what Ctulu stands for. Vamacara is a very different approach to black metal/death metal and all the early 70’s hard/psychedelic rock influences that have always accompanied him on his way. It’s an attempt to unite Western and Eastern aesthetics, both on philosophical and artistic levels. The first EP Mantras for the Manifold is out now on bandcamp.”

As a fan of Ctulu, and intrigued by that statement, I listened to Mantras for the Manifold. Based on the Vamacara Facebook page, it appears that A. does everything on the EP, other than drumming, which is done by N.

Because this is a last-minute addition, I haven’t had time to process my thoughts about it and put them into words. But I do urge you to listen to it, because it’s really, really good — a multi-faceted, genre-bending, under-the-radar gem that should be spread around like the plague.