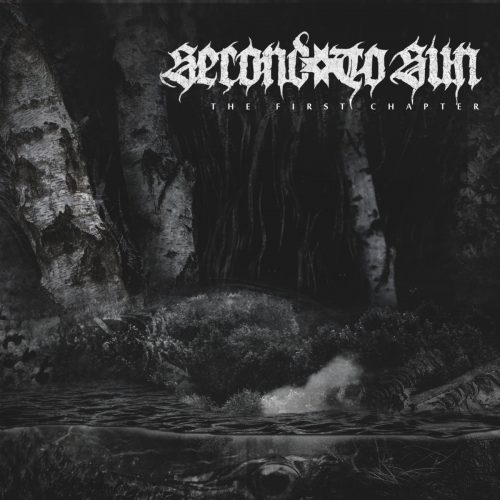 We discovered the Russian band Second To Sun almost two years ago through their release of advance tracks that would appear on a new album named The First Chapter, and we’ve been following them ever since. Since then they’ve released another album (2016’s Blackbound) and a half dozen singles, most of which were covers of songs by such bands as Darkthrone, Behemoth, Emperor, and Immortal, and those (along with other new recordings) were included in an album named Miscellaneous Covers: Volume I released at the end of last month.

Second To Sun’s music has evolved over time. It was started by guitarist Vladimir Lehtinen after leaving his previous black metal project Utenomjordisk Hull. Although some of the band’s singles have included vocals, their music is predominantly instrumental metal — and their integration of differing stylistic elements has led to them being branded with a variety of genre labels, some of them peculiar, perhaps in part because their focus is instrumental music.

Second To Sun is now embarking on a reimagining of their own previous work. While the band will continue to record instrumental music, they now plan to also release alternate versions of their albums with vocals included, beginning with a new edition of The First Chapter that we’re presenting in a full stream today.

This new version of The First Chapter is more than simply the original instrumental recordings with vocal tracking added. They recorded additional parts, rearranged some of the song’s elements, and remixed and remastered everything, with the aim of presenting the music in a way that more clearly presents their ideas, and perhaps also as a way of escaping some of the more peculiar genre pigeonholes in which some people have put them. 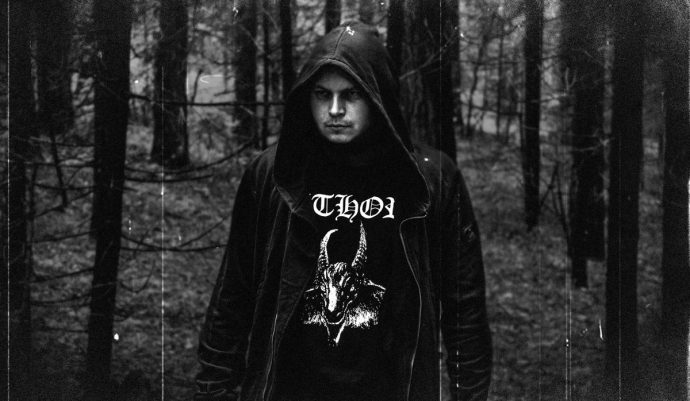 The vocals are, of course, the most noticeable change. For this new version of The First Chapter they were performed by Gleb Sysoev from the Siberian black metal band Ultar, whose fantastic song “Azathoth” (and the excellent video for it) we premiered last year. His ferocious voice is searing enough to split toughened skin and strip paint from the walls. It connects the music back to Vladimir Lehtinen’s roots in black metal, although the band’s recently released compilation of cover songs is further proof that those interests have never really gone away. Even in the original version of The First Chapter, they were there, but Gleb Sysoev’s vocals help draw them out in ways beyond the effect of his voice alone.

On the other hand, there were clearly other stylistic ingredients in the music when the album was first released, and they’re still here. For example, the songs possess a jolting physicality, with enormous pile-driving grooves crafted from gut-slugging drumwork and big atonal bass hammering, and there are crazed guitar arpeggios and rapidly jabbing riffs that lend other textures and sensations.

Another signal element of the music is the use of keyboards. They provide a sense of the ethereal and mystical that contrasts with those spine-shaking grooves, adding not only layers of cosmic ambience but also dancing, darting, rippling melodic accents that sometimes become the thing you remember most. That was the case for me when I heard my first Second To Sun song two years ago — “Land of the Fearless Birds“. When you hear it now, I think you’ll know what I mean.

As I listened to this altered version of The First Chapter, I tried again to figure out what the sound of the keyboards layers reminded me of. It has, for want of a better term, a “retro” tonality… and it finally hit me that the keyboard music (at least as I hear it) resembles the sound of that marvelous instrument from the ’60s, the mellotron.

“Land of the Fearless Birds” remains a favorite, but it has competition. “The Blood Libel“, which also features vocals by Demether of Zmey Gorynich (whose boisterous and hard-to-classify debut album Malafya we premiered here last fall), is an attention-grabbing combination of mountainous heaviness, boiling derangement, and looming black grandeur. “Red Snow” hits like a combination of a typhoon and a furious artillery barrage, accented by acoustic guitar, shining keyboard ambience, and the sound of boots crunching in the snow.

The closing track “Virgo Mitt” is another favorite, and perhaps the most savage assault of blackened fury on the album. A turbocharged piece launched with the sound of cacophonous blasting, an incinerating shriek, and soaring keyboards, it’s bombastic and thunderous, yet even here Second To Sun roll out doses of bone-fracturing pneumatic pummeling and end it in beautiful cosmic glimmering. (Along with our stream of the album, I’ve also included below a brand new video that shows some of the vocal recording for this track.)

Second To Sun will release The First Chapter (Vocal Edition) on August 23, both digitally and on CD. Ordering info is below.