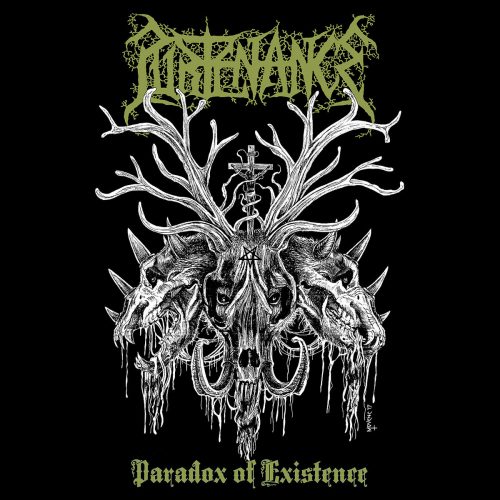 In the last half-dozen years we’ve witnessed the rebirth of numerous death metal bands who got their start in the early ’90s, far more than you could count on the fingers of both hands. This has been a mixed blessing — participating in the birth of a movement is no guarantee that you’ll still be able to light a fire under people more than two decades later, and some bands honestly would have been better off if they’d been content to leave their fans with good memories rather than new music that doesn’t live up to their reputations. On the other hand, some of these resurgent bands seem to have become even more powerful with age, and Purtenance is one of those.

This Finnish band, who released their first demo under the name Purtenance Avulsion in 1990, recorded two enduring works in their 1991 EP Crown Waits the Immortal and their 1992 debut album Member of Immortal Damnation. And then the band became inactive for a long stretch of years before their revival in 2011.

Since then they’ve released two powerhouse albums in 2013’s Awaken From Slumber and 2015’s …to Spread the Flame of Ancients. Now, Dave Rotten’s Xtreem Music label is set to release the newest Purtenance work — an EP entitled Paradox of Existence — and we have the premiere of one of its four tracks for you today in advance of the EP’s September 12 release. This one is called “Vicious Seeds of Mortality“. 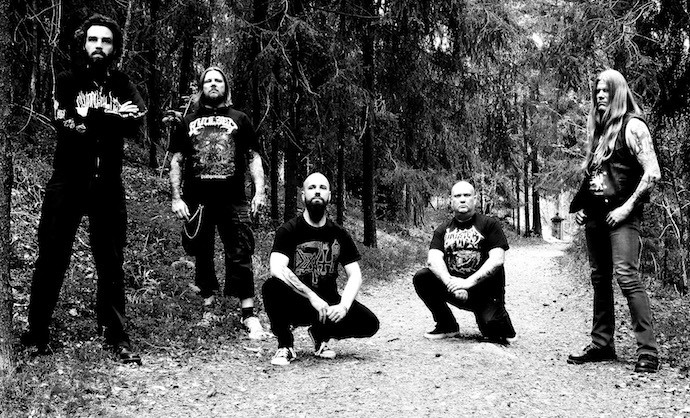 For this EP, the band’s line-up continues to be anchored by original guitarist Juha Rannikko and original drummer Harri Salo. Ville Koskela, who became the band’s vocalist and bassist upon their revival, is now devoted solely to vocals, and the EP also includes the contributions of second guitarist Simo Rouvinen (Adorior, Flame) and bassist Tero Aalto, both of whom joined the band after the release of the last album.

As stated a few paragraphs ago, the new EP is further proof that Purtenance seem to have grown only stronger over time. “Vicious Seeds of Mortality”, in particular, is both morbidly pestilential and ravenously slaughtering, with the kind of primal, visceral impact that death metal ought to have.

In this song Purtenance set the stage with a dismal, slow-moving guitar harmony and some truly brontosaurian drum stomps, and then with a ghastly howl and a blaze of guitar fury, the music erupts in a display of volcanic violence. They throttle back briefly and then begin to race in the rhythm of a huge freight engine, driven by a hard-slugging, head-moving riff, with Koskela expelling the lyrics in a gruesome, gargantuan growl.

Part of the song’s attraction lies in its dynamism (and in the utterly black remorselessness of its delivery), and so the music continues to move and change, manifesting a sense of seething savagery before devolving into a disease-ridden stomp and crawl laced by guitar manipulations that ooze disease and decay.

There are three other tracks on the EP that are just as attention-grabbing as this one, and we’ve included a stream of one more along with our premiere — a previously released piece called “In the End Only Death Will Remain“. You can pre-order the album now via the Bandcamp link below.

6 Responses to “AN NCS PREMIERE: PURTENANCE — “VICIOUS SEEDS OF MORTALITY””