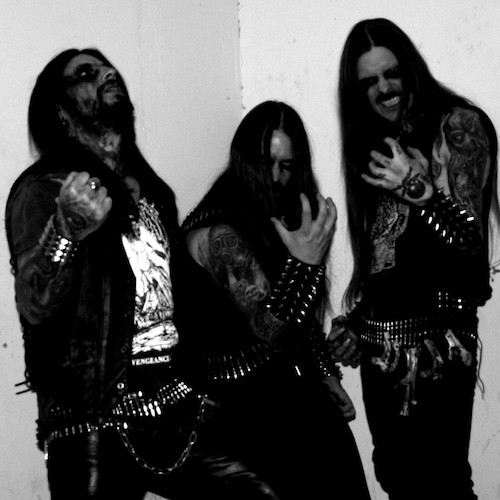 The Swedish/Chilean band Corpsehammer (who are currently based in Dalarna, Sweden) released their first EP (Sacrilegio) earlier this year in a limited cassette tape run, and they’ve wasted no time following up on that. Their new EP, Posesión, will be discharged on September 1 by Morbid Skull Records.

Corpsehammer embrace a primitive but electrifying form of black/death savagery, drawing their influences from First Wave black metal and the ferocity of the late ’90s Latin American and Australian extreme metal scenes. There are six tracks on the new EP, and we’re bringing you the premiere of one of those, a song named “Pulse de Saturno“. 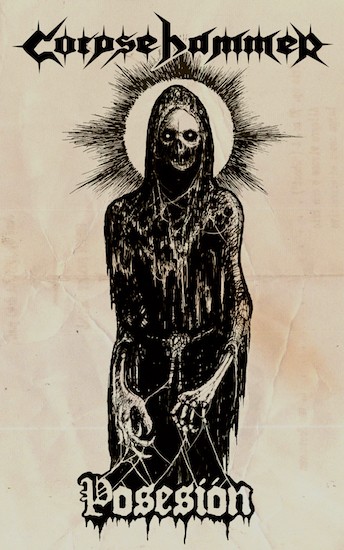 The band comment on the song in these words:

“‘Pulso de Saturno‘ is intense like a heavy war machine rolling at full speed across a battlefield leaving behind nothing but dead ground. Its lyrics relate to the conspiracy between the crowned king Saturn and fire-born Jupiter and their death pulse towards earth.”

It’s vicious and infectious music, and hits like a needle injection of pure adrenaline straight into your neck. Tumultuous drumming and a vivid bass pulse join with high, whining, whirring riffs to provide a turbocharged drive, with the guitars veering from furious lashing and swarming to neck-breaking chords with the feral, visceral energy of punk rock in the mix.

The vocals are one of the song’s biggest strengths — because they’re not your typical black or death metal vocals. You hear maniacal, full-throated yells, grunts, proclamations, and howls of ecstatic fury (they might bring the voice of Nocturno Culto to mind). 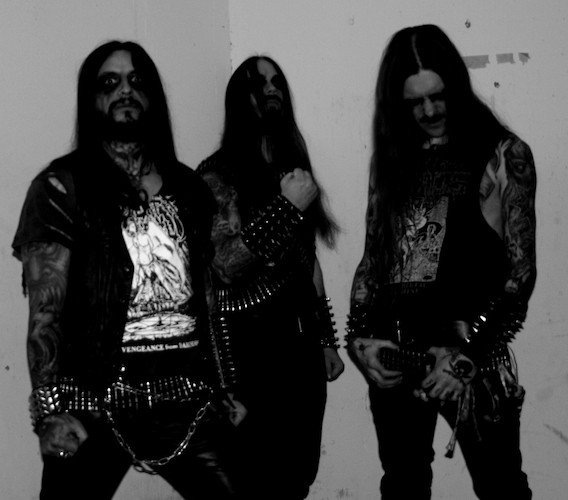 Posesión is available for pre-order now through the links below. We’ve also included the track list, and of course our premiere stream of this hell raising new single.