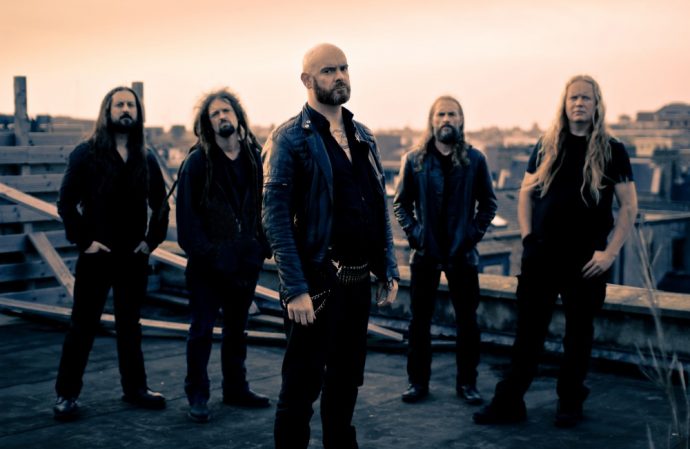 (Greek writer John Sleepwalker of Avopolis.gr brings us another interview, and this time we have his e-mail discussion with Alan Averill (Nemtheanga), frontman of Primordial and Dread Sovereign and the once (and perhaps future) Blood Revolt. This interview was conducted in anticipation of Primordial’s headlining appearance at the Arcane Angels festival in Athens on September 16, 2017.)

It’s been 3 years already since Where Greater Men Have Fallen. A release considerably dark, compared to the ones that preeeded it. Do you believe Primordial lost a part of their darkness along the way, or maybe it has transormed in more subtle ways?

Have we lost a part of it? I don’t know about that… the last album is definitely darker, for example, than the debut. Or in my opinion any of the first 4 albums. If we did lose our darkness, then how is the last album darker than the ones before? Strange question.

One thing I’ve noticed with most of your recent releases is that you want to go back to the ’80s sound, while maintaining an up-to-date feel. How hard has it been to achieve that so far?

Do we? Again, I don’t know about that. In my opinion, both Primordial as a band, and myself as a person, are just trying to get some seperation between the instruments and achieve some ‘tone’. Which is something that is missing from most modern metal recordings nowadays. I think we partically succeed, but not enough for my liking. We aren’t a retro band and we don’t play in a ’70s style, for example, which would make it easier to get this tone. Sometimes, our structures and chords are not designed for sounding like back in ’77, or even ’87, but there are many things to learn from those decades.

When should we expect the next Primordial album and what do you have in mind concerning its direction this time?

We are hopefully recording something later on this year. I think the general consensus is to have a more open, direct, raw, simple sound with some quieter cinematic moments. Of course, it still all remains to be seen. 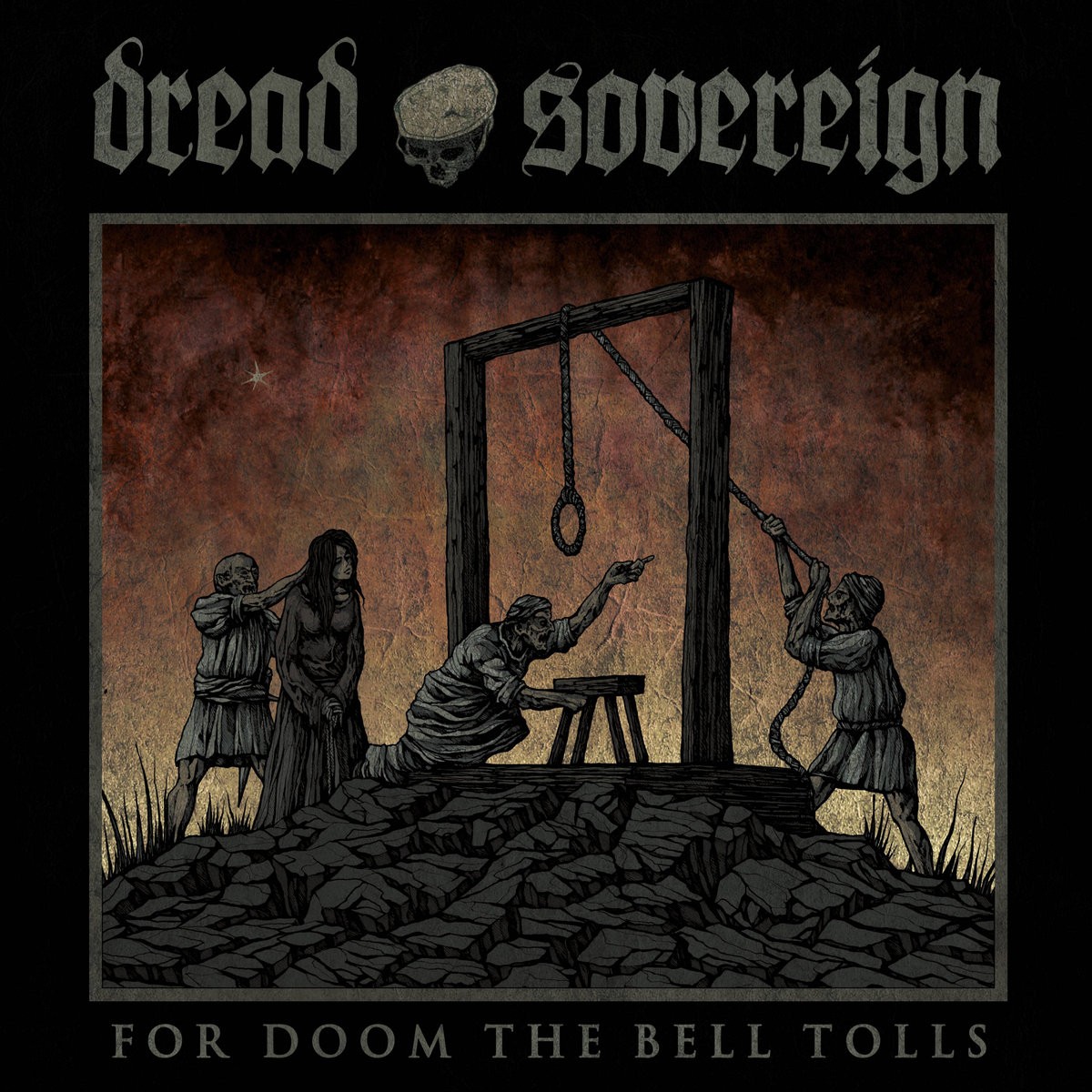 You recently had For Doom The Bell Tolls out under the Dread Sovereign moniker. A release particularly diverse. How would you describe the procedure while writing and recording it? Plus, I must admit “The Spines of Saturn” is my favorite piece. Do you see yourselves going more into that direction next time?

Well, I have no idea, I don’t really plan much. The next release might be speed metal, who knows. Dread Sovereign is quite spontaneous and instinctual. But I have a pretty well-formed idea in my head of how things should be, both in regards of sound and aesthetic. We record as much as possible live and I don’t fuck around in the studio. Focus on work and work hard when you do, don’t procrastinate.

Is there gonna be a second Blood Revolt album, and if yes, when should we expect it? Any interesting variations compared to the first release? In my humble opinion, your debut with this band is the best thing you have released along with The Gathering Wilderness. And “The Martyr’s Brigade” remains one of your absolute highlights.

I’ve been asked a lot by people about this over the past 6-12 months. I think a lot of people hated it at the time, which was great, but it’s slowly sunk in and became a kind of sleeper album. Both J. and I have talked about it, but if we would go for it, it would have to be a serious side compared to the debut. Your opinion is your opinion of course. It is fine by me.

You stand among the few vocalists who have vastly improved over time. You became a lot more expressive, as well as distinctive in the way you put emphasis. Does age and touring affect you though? How have you been able to preserve your voice, and what advice would you give for better maintanance?

Well, yeah, you live and learn right? This is really it, you grow into your voice and I just got more understanding of how the voice works and how I do… and the best advice is just staying healthy and fit. When we are still young and impetuous, we think we are immortal and can stay up all night every night and expect the voice to react the same way. But now we have 2+ hour shows and people are paying to see us, so I accepted more responsibility and maturity. Of course, every now and again, it lets me down, but without a doubt it’s part confidence, part health, and some smaller part of a talent you have to nurture.

Although you play in metal bands, you are a musician you enjoys listening to lots of non-metal artists as well. Has it ever crossed your mind to craft music outside the realm of metal? If I’m not mistaken, you are a big Wovenhand fan, too. I am surprised you never attempted anything towards this direction.

Actually, this year you should see one, maybe two releases, which are non metal! Yeah, it’s something that’s been on my mind for years.

Primordial are about to co-headline the upcoming Arcane Angels festival and it is the second occasion when you have headlined a traditional black metal fest in Greece. How do you feel about remaining a part of the underground, despite how the name is very mainstream now in the general metal scene? I am referring strictly to popularity here, since the band’s aesthetics never really changed.

I’m quite proud that we can play mainstream festivals, but also go back to the underground, one show to another. We paid the dues… people know that. As well as we also kept to our path.

Do you believe there is a link between Greece and Primordial due to your Irish roots? Both countries have suffered tragedies that perhaps make the band special to Greeks. You did write a song called “Heathen Tribes” after all.

Sure, I’ve answered this many, many times… I think there are some distinct similarities between Greeks and the Irish, we are both periperhal countries to this European experiment, but weighed down with massive history. 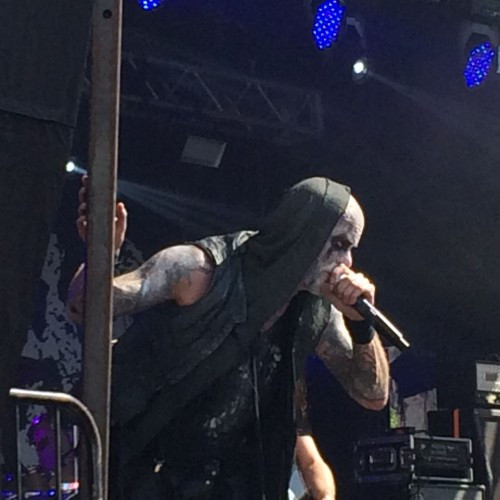 You have always been well-informed and an excellent conversationist on politics. What are your thoughts on Greece’s future, and how much did the crisis affect Ireland? I am aware many people immigrated to the US and Australia, but things seem to be quite better now.

You mean the economic crisis? Well, we are ten years on now. The economy here is doing better, but also because many young people left again, so they are the worries of another country. We treated our economy like we do a party… the Irish are always the last to leave, hours after everyone else has gone home and just about time the hosts are wanting to kick us out. We just lost control for a decade, forgot who we were and gorged ourselves and left with massive personal debts. Those who were rich before remained rich and the new middle class became endebted to their death.