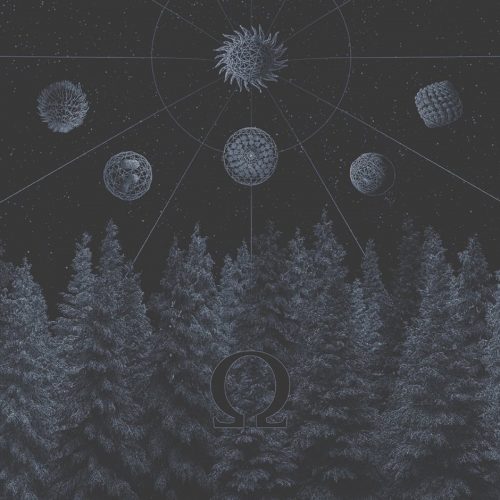 The participants in Omega are reportedly members of such other bands as Hanging Garden, Nostalgie, Deadly Carnage, Ashes of Chaos, and they’ve been working on the album for four years, with the aim (according to a description on Bandcamp) of creating “a subconscious experience, an atavistic expression that tends to destroy our deepest convictions, which are always limiting and promising”. 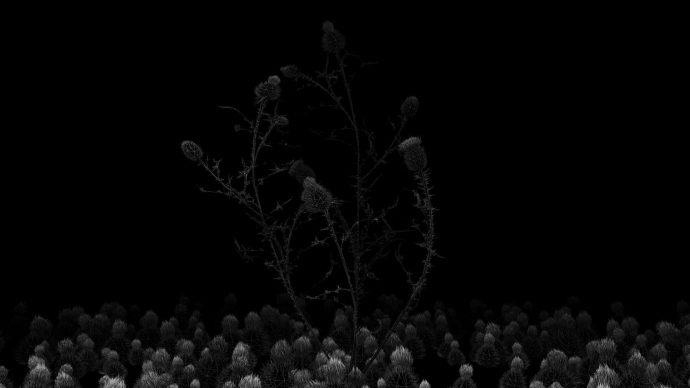 “Sidera” is certainly one singularly arresting experience, one that succeeds in stripping the listener’s mind from its everyday experiences and sending it off into strange and harrowing new dimensions. Eerie, astral ambient sounds glide and chew through your head at first, and then the music begins to pulse, pound, and rake, while an inhuman voice shrieks at the skies in truly terrifying fashion.

It’s abrasive but compulsively head-moving stuff while it lasts, but this is a 12-minute track and Omega have more things up their sleeves — including plague-like dirges laced with spectral melody, industrial-strength pneumatic pile-driving, and additional pitch-black but powerfully head-moving riffs.

I’m suspicious that there’s some kind of sinister hypnosis being practiced here. If I wake up in the middle of the night and try to devour the person next to me, my suspicion will be confirmed. 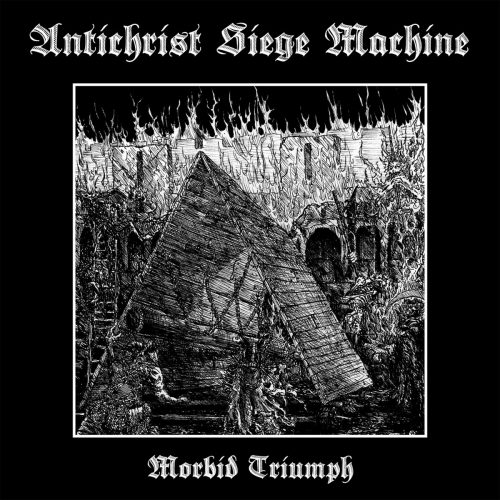 I learned of Morbid Triumph, as I have other strikingly good underground releases, from Dutch Pearce’s column at DECIBEL, where he premiered a full stream of the EP just a few days ago. The EP is the second demo by a Virginia duo (the drummer of Left Cross and the guitarist of Sacridose) who call themselves Antichrist Siege Machine. Morbid Triumph will be released in a vinyl edition on August 25 by Brooklyn-based Stygian Black Hand.

“Skull-sundering chaos concentrated in the form of seven tracks of grinding and blasphemous war” is how Dutch Pearce described this EP. It is indeed a ruthlessly destructive experience, but for a certain kind of listener (of which I’m one), the primal, ugly punch and pulse of the onslaught exerts a visceral attraction, the kind of electric reaction that resembles a flight-or-fight response.

For some reason I also thought of Samuel Johnson’s famous quip that when a man knows he is about to be executed, it concentrates his mind wonderfully. 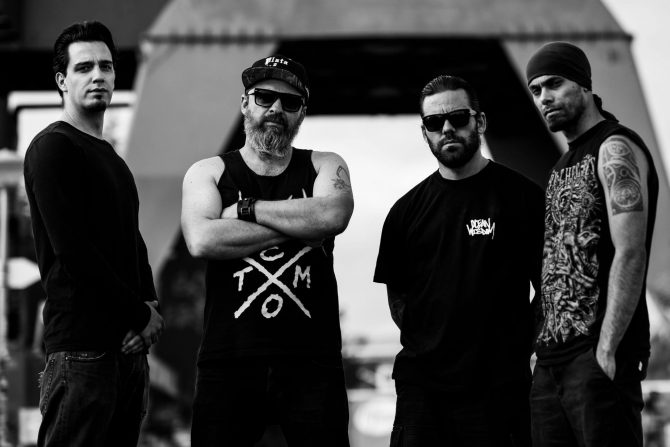 The Dutch death/thrash band Seita have a new album headed our way. Bearing the name Maledictus Mundi, it follows the group’s debut full-length, Asymmetric Warfare (reviewed by us here), which was released in 2012. The video below is for a song off the new album named “Burn the Skies“, and that’s a good name for the track.

It begins with an overhang of gloom and a squalling guitar solo but then it takes off in a furry of rapidly jabbing riffs, battering percussion, and jugular-rupturing vocal fury. It’s a highly adrenalizing, bone-smashing piece of music, but what really grabbed me was the extended solo that erupts at the 2:30 mark, which sends this rocketing, nail-gunning song blazing into the stratosphere.

I haven’t seen a release date for the new album, but follow Seita on Facebook to stay on top of release news.

(Thanks to my NCS colleague TheMadIsraeli for tipping me to this video.) 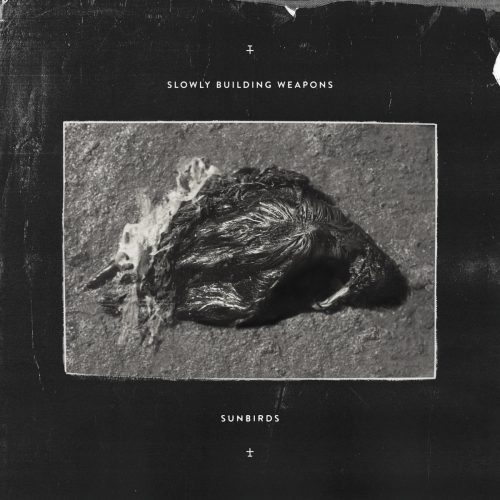 Every post has to come to an end eventually, but the fact that Slowly Building Weapons comes at the end of this one shouldn’t be mistaken as a sign that their music is somehow less appealing than everything else I’ve collected here. It just happens that their new song is the last one I came across before putting this round-up to bed.

I was immediately attracted and intrigued by the band’s name, though Im not sure I can explain why. I was also heartily amused by this Australian band’s self-deprecating and bleak sense of humor, which is displayed on their Facebook wall as well as on their Bandcamp page, where they described their 2007 full-length Nausicaä as an album “acclaimed by the critics, praised by thier peers and a devastating commercial failure”. They disbanded soon after.

Ten years on, they’ve returned with a new album named Sunbirds, and their label Art As Catharsis describes it with comparisons to such disparate groups as Oathbreaker, Converge, Burzum, and Oranssi Pazuzu. The advance track below has a similarly avian-themed name: “Lyre Birds“.

As advertised, “Lyre Birds” is a dose of menacing, blackened hardcore that veers away in unexpected and unconventional directions. Raw, frenzied, abrasive, and violent at first, the song slows and heaves, dropping an anvil weight of oppressiveness on the listener’s chest with thick, bleak riffs and a gut churning bass line (though the vocals remain just as boiling with madness). And then… and then unexpected chimes of guitar melody ring out over a distant, clattering percussive noise. And then… and then things get even more surprising….

Sunbirds will be released by Art of Catharsis on October 3.