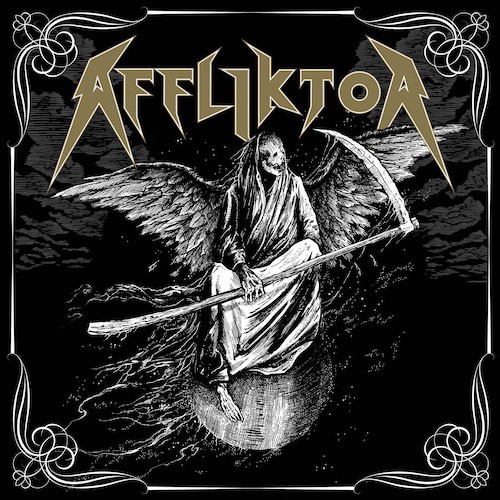 It’s also a huge shot of undiluted adrenaline injected straight into the neck. The only problem is, it ends so soon that you’re left with your pulse still pumping like a jackhammer and wondering, “What the hell am I supposed to do with all this energy now?”

“Storms of Demogorgon”, the track we’re about to premiere, comes from the debut album of Affliktor, a blazing new project by a veteran musician which is scheduled for release by Transcending Obscurity Records on October 20. 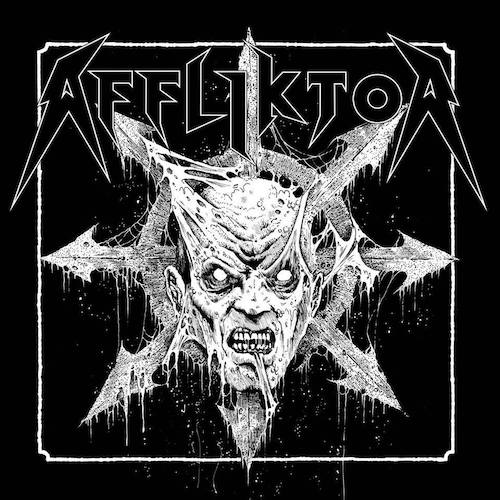 The man behind Affliktor is the Wyoming-based Toby Knapp, who has steered his prodigious talents in a multitude of different directions with different metal bands (as well as his own solo efforts) since the early ’90s, including such current projects as Waxen, Where Evil Follows, and music released under his own name (most recently, 2016’s The Architect of Paradox). With Affliktor, Knapp has deployed his virtuoso talents as a guitarist in an attack of ferocious black/thrash.

“Storms of Demogorgon” wastes no time at all opening up the turbochargers, going flat out right from the gate with a berserker riff frenzy and a shrieking solo. A hammering snare beat and a few bursts of pummeling groove provide a semblance of order within this electrifying storm, but Knapp’s maniacal vocals are completely unchained, like the manifestations of a mind lost in a red haze of blood lust.

And the song just keeps pushing into the red zone, first with a wild guitar solo that swirls, swarms, and spits fire — and also manages to spin out a fleeting melody — and then with a second solo that’s even more explosively insane. It’s a hell of a hell-raising rid.

Look for Affliktor’s release on October 20. You can pre-order it now, along with related merch, via Bandcamp — where you can listen to another album track named “Chaos Magick Totality“. The distinctive artworks for the release were created by the hand of Mark Riddick.