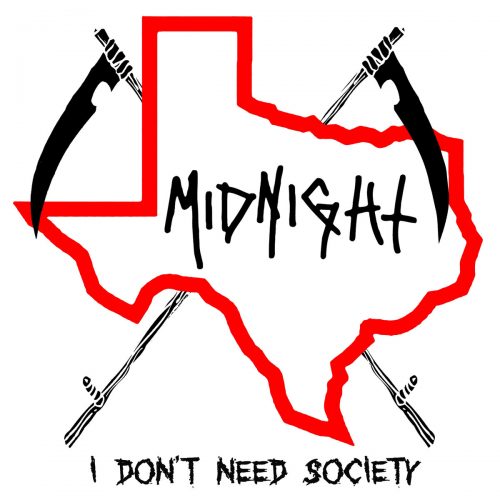 From day to day, we have very few plans here at the NCS HQ, or at least very few that I know of. As the editor I rely mainly on my reflexes, which are like coils of rusted springs, ready to creak into action on a moment’s notice. Our other writers may have plans, but I usually learn of them only when our intrepid pigeon aeronauts arrive with stained scrolls of text wrapped around their legs. I do my creaky best to get their writings ready to go by the next day… or the same day… and quite often those surprises unexpectedly fill up our site with content when only the day before I might have wondered what the hell I would have for you beyond my own frenzied scribbling. Beyond that, the rest of my life occasionally intrudes with other reflex tests.

And so it was that I promised Part 2 of my latest SHADES OF BLACK column would be posted on Monday, and then got surprised… and then was surprised again on Monday… and today will also be full of surprises (at last count, we’ll have six posts today). Anyway, no SHADES OF BLACK today either, but I am going with this selection of new music from five bands, most of which I originally intended to include in that missing Part 2 and a couple that I came across since starting on it. I’m calling this “Hellraisers” because… well… you’ll find out why soon enough.

This is one of the items I discovered most recently — last night, in fact. It’s a new release by Ohio’s Midnight, a cover of “I Don’t Need Society” by D.R.I. It’s a Bandcamp, download-only release, and all profits will be donated to the Red Cross in their efforts to help those affected by Hurricane Harvey. Various other Midnight CDs, LPs, tapes, patches, and t-shirts are available in bundles along with the new download, and profits from those sales will also be donated to the Red Cross. 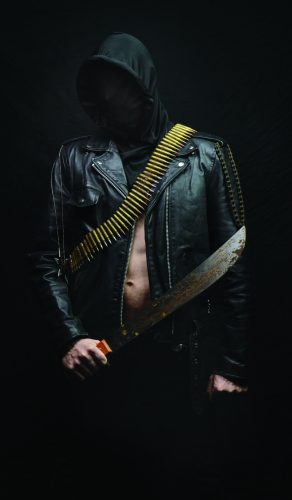 Rather than write my own introduction to the song, I’ll leave you with these words from Midnight mainman Athenar: 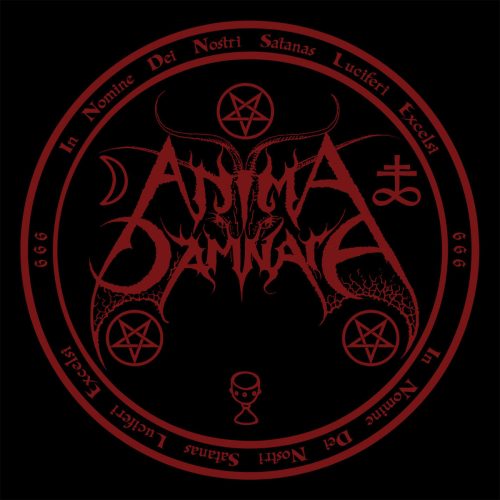 “Through Abomination ‘Till Ecstasy” is the next song I’ve chosen. It’s the first taste of a new album with the mouth-filling name of Nefarious Seed Grows to Bring Forth Supremacy of the Beast, which is the third album — and the first one in 10 years — by the Polish satanic black/death band Anima Damnata.

It seems this song may have been originally released last fall as part of a teaser for the album, but when I first noticed the teaser on Bandcamp it only consisted of one song — “Uprising Lucifer” — about which I wrote: “it’s a pure adrenaline bomb of jagged, jabbing, thrashing riffs, white-hot lead guitar frenzy, and jet-speed drumming — with wild, tyrannical vocals to boot”. This second song was recently uploaded to Soundcloud by Godz of War Productions, who will be releasing the new album in conspiracy with Malignant Voices. 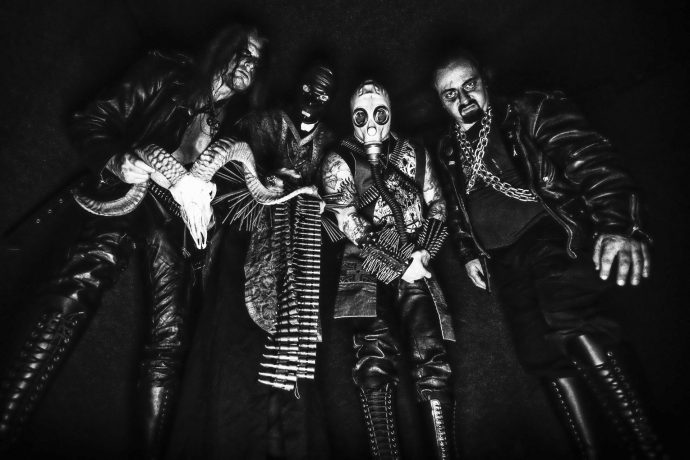 “Through Abomination ‘Till Ecstasy” is an adrenaline bomb, too — a transmission of blistering, brutal chaos, capturing both frenzied derangement and full-bore destructiveness. The song veers between freakish bursts of guitar braying and squealing accompanied by gatling-gun drum flurries and absolutely blinding squalls of ripping, raking riffs and stupefyingly fast kit-work. And to top off all that insanity, there’s an absolutely insane guitar solo. There seems to be a homicidal lunatic behind the mic as well.

Did I mention that the drum performance is one of the most stunningly fast I’ve heard… like… ever? The rest of the band also apparently have jet fuel in place of blood in their veins, while also sounding like they’re in the throes of a vampiric blood lust. Are you beginning to understand why I titled this post “Hellraisers“?

Nefarious Seed… will be released on CD, LP, and digitally. Further details, including cover art and release date, will be forthcoming. 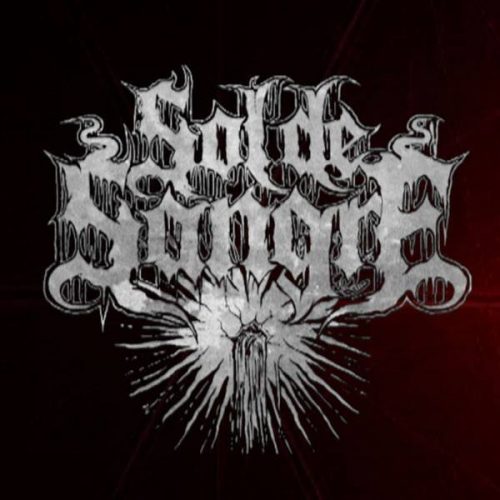 Below you’ll find a lyric video for “Más Abajo del Infierno” — which goes like a bat out of hell, or perhaps more accurately like a big demon freight train charging straight out of hell. It’s an electrifying blast of jolting old school death metal segmented with slitherings of serpentine melody and a couple of big attention-grabbing guitar solos.

One of the song’s many strengths is to be found in the vocal department — the vocalist’s howls and yells sound authentically insane, and the explosiveness of the song as a whole makes it easy for you to give free rein to your own most insane impulses. In a word, this is hot shit. Okay, two words.

“Más Abajo del Infierno” comes from a planned debut album by Sol De Sangre, a band whose line-up consists of veterans from other bands in Colombia and elsewhere in South America. The album was mixed by the legendary Tomas Skogsberg at Sunlight Studios in Stockholm, Sweden, and mastered by Toxic Holocaust’s Joel Grind, and it’s projected for release in early 2018. 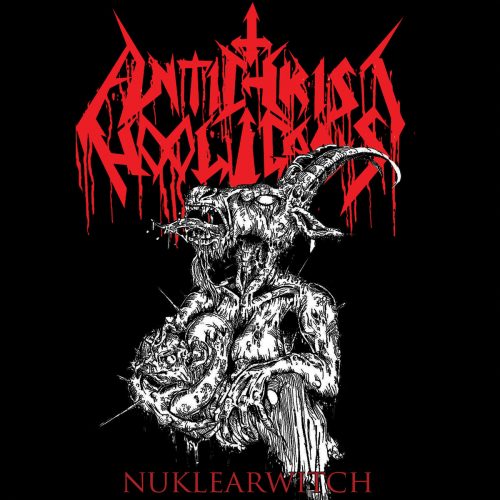 I’ll be honest, there was no way I could resist listening to a song called “We Will Piss On Your Grave” by a Brazilian band named Antichrist Hooligans (whose line-up includes former members of Necrobutcher and Osculum Obscenum). Their new EP, Nuklearwitch, also includes songs named “Fuck You” and “Hell and Fire”. Even more irresistible.

“We Will Piss On Your Grave” is a high-octane rush of vicious, punk-infused speed metal and thrash that’s so infectious it could pull corpses from the graves and get them moshing in a frenzy. Something this turbocharged and rabid demanded (a) a white-hot guitar solo, and (b) a completely maniacal, raw, blood-spraying vocal performance… and the song includes both.

Nuklearwitch will be released on 7″ vinyl by Hammer of Damnation on September 23. Order on Bandcamp. 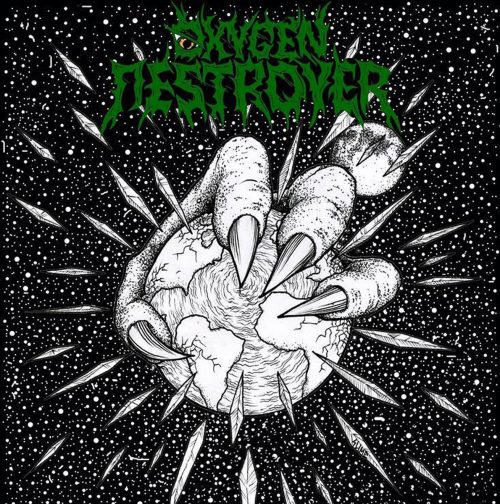 To close I have “Vanquished by the Unrelenting Devastation of the Celestial Behemoth“, a new single by Seattle’s Oxygen Destroyer, a band who’ve dedicated themselves to channeling the wrath and destructive power of the Kaiju — those strange beasts who’ve starred in a Japanese film genre devoted to their rampages, the most famous of which is Godzilla (the oxygen destroyer is a weapon used to kill Godzilla in the original 1954 movie).

I would imagine that after listening to the first four songs in this collection you’re out of breath. Possibly you’ve soiled yourself. Well, you’ll get neither a chance to gulp air nor an opportunity to tidy up, because after an opening cacophony of monster noises “Vanquished…” punches the pedal down hard, surging ahead in a buzzing blur of grim, flesh-cutting riffs, piston-driven drumwork, blistering soloing, and scalding vocal ferocity.

Oxygen Destroyer also leaven their thrash feeding frenzies with pounding death metal destructiveness, but the music still never gets slow or sedate enough to allow for deep breathing. I suppose you could say the song is… an oxygen destroyer.

Oxygen Destroyer have divulged through Facebook that they’ve recorded five of nine songs for a debut album, and their FB page also lists Barbarian Wrath as their label. We’ll be watching closely for more news about this album.