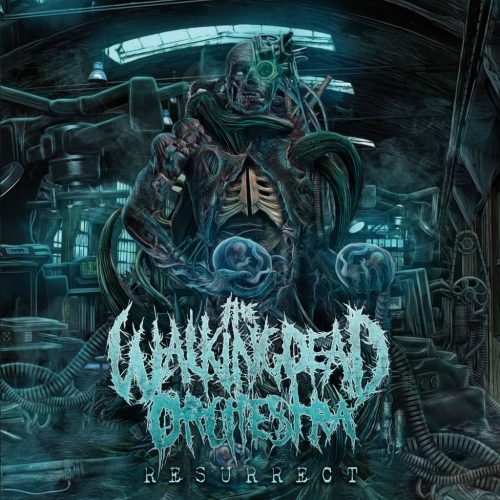 Flames play a prominent role in the eye-catching video you’re about to see, along with vistas of smoke-belching factories and pine-shrouded mountainsides. But given the nature of the music, you might expect to see those factories battered into rubble, the mountains fragmented into gravel, and the timber scythed to the ground like stalks of wheat.

The video (directed by Mehdi Khadouj) is for a track named “Vengeful Flavors” off the second album by the French death metal band The Walking Dead Orchestra. With the title of Resurrect, it will be detonated by Unique Leader Records on October 13th. 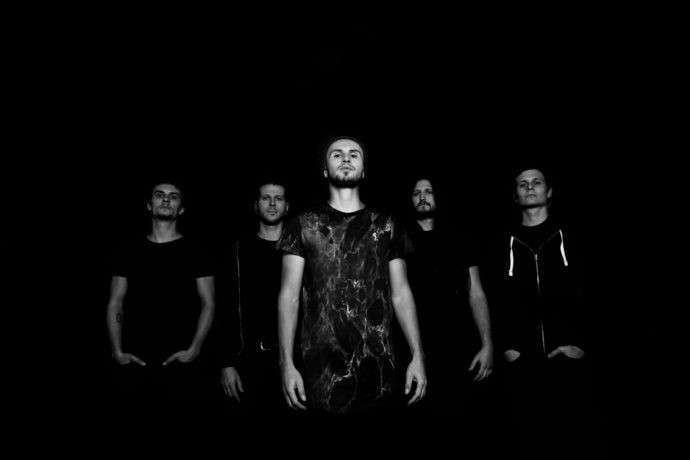 While the new album reveals further growth from the band’s first album Architects of Destruction (2013), it again takes place in the post-apocalyptic world that the band have been constructing through their music and lyrics, portraying the further experiences of their main character, The Architect. And there is indeed an apocalyptic level of trauma and terror on display in “Vengeful Flavors“.

From the dismal, moaning notes and slow pounding that begin the song, you might not expect what eventually happens — and what does happen after a gradual ramping-up is a destructive fury of turbocharged drum obliteration and whirring, jolting riffs laced with thoroughly bleak melodic accents. As the vocals veer between heartless roars and throat-splitting shrieks, the music seems to grow even more unhinged in its frenzied ferocity, while making sure to hammer the listener’s skull to smithereens along the way.

Look for Resurrect on October 13th. Pre-order via the links below. And after you’ve checked out this new video, avail yourselves of another song from the album named “Dogmes Anxiogenes”, which is also available for streaming below.