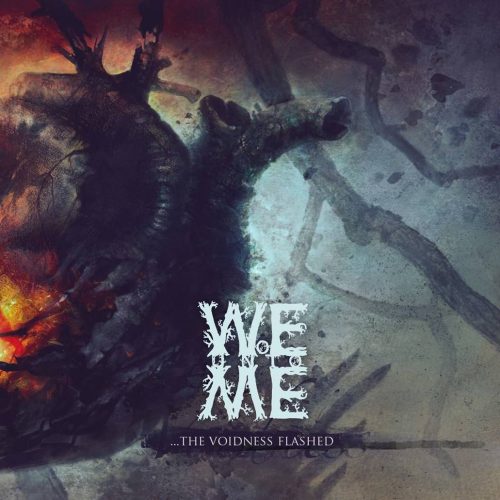 I learned of the new album Among The Lightened Skies The Voidness Flashed by the Belarusian band Woe Unto Me through the recent premiere of a very impressive track named “Triptych: Shiver, Shelter, Shatter“, which includes excellent guest vocal appearances by Daniel Neagoe (Clouds, Eye of Solitude, Shape of Despair), Patryk Zwoliński (Proghma-C, ex-Blindead, ex-Neolithic, ex-Antigama) and Jón Aldará (Hamferd, Barren Earth, Clouds). If you missed the song, and the 360° lyric video that accompanied it, you’ll have a second chance at the end of this post.

But the main feature today is our premiere of another track from the album called “A Year-Long Waiting“. As you will discover, it reveals a very different side of the new album — literally, a different disc, because Among The Lightened Skies The Voidness Flashed is a double album, and on the second record in this collection Woe Unto Me deliver music that features significant acoustic instrumental contributions. One of those tracks on the second disc is the song you’re about to hear. 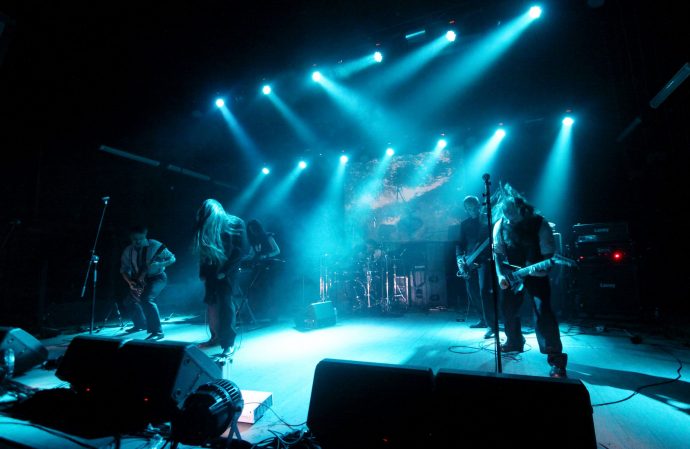 While the heavy and depressive tonalities of doom are spread across the five tracks of the first disc, the second one compiles seven compositions that well-suit the coming of autumnal gloom in our northern hemisphere.

As snow falls in the video, the somber notes of a piano slowly ring out a beautiful yet desolate melody, conveying visions of dead leaves falling in chilling air and heads bowed in grief. Having set the stage in this fashion, the band bring in the heavy syncopation of bass and drum and strummed acoustic chords… and the emotional resonance of the song begins to change.

Through clean vocal harmony and a soulful lead guitar, brightness glimmers from the sound, though it’s a shine edged with feelings of wistfulness and loss (wholly apart from the thoughts conveyed by the words). It’s a completely mesmerizing and memorable piece of music, one that succeeds in carrying the listener’s thoughts away from wherever they might have lodged before the song begins.

Among The Lightened Skies The Voidness Flashed will be released on September 29th by Solitude Productions. It was recorded  in Monroe Sound Studio (Poland) with Arkadiusz “Aro” Jabłoński (Shadows Land, Masachist), who has been the producer for such bands as  Vesania, Masachist, Disloyal, and Shadows Land. The artwork was created by Lenore Ani.

In addition to news of the album release, we can report that Woe Unto Me will be launching The Fall of Affliction Tour in support of the album, beginning with their appearance at the Doom Over Kiev Festival on October 15th. The tour will encompass stops in Poland, Lithuania, Latvia, Estonia, Finland, Russia, and Belarus, as well as Ukraine. They will be accompanied by Psilocybe Larvae (Russia), Frailty (Latvia), and Nebulae Come Sweet (Belarus).We have provided the current tour schedule below:

Check these links for further release info and ordering options for this wonderful new album: