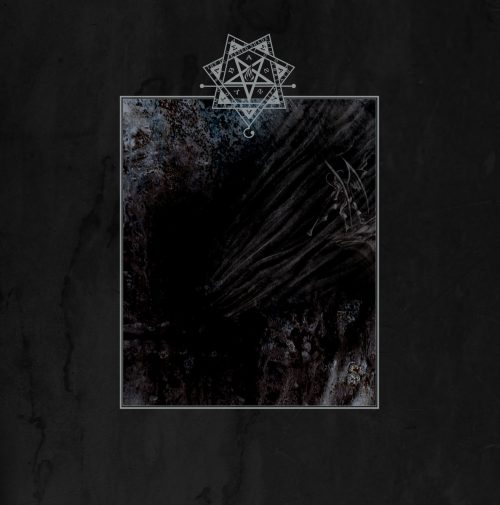 (With his first appearance at NCS, Apokatastasis brings us this review of the 2017 four-way split by four black metal visionaries:  Abigor, Nightbringer, Thy Darkened Shade, and Mortuus.)

Knee-deep in the year’s third quarter, it may seem a waste to dredge up an album released in February, especially a split. Yet this album, despite its ironclad pedigree, has almost entirely evaded detection. Typical of trve kvlt black metal stalwarts, its purveyors willingly eschewed publicity and allowed 2017’s ceaseless deluge of quality releases to subsume their monumental collaboration. Together, the four bands have achieved a level of inter-artist cohesion nearly unheard of in split releases, and they’ve also just made a damn good record. In the name of promulgating greatness, let’s drag these occultists back to the forefront and bask anew in their obsidian light.

Practitioners of the style largely adhere to a loose musical formula utilizing crisp production, lush arpeggiated chords, and above-average compositional complexity. These traits apply to all four bands in question, though Abigor are truthfully more progenitors of the style than a modern incarnation of it. This split effort consists of one contribution by each artist, and all four pieces deserve individual examination.

In predictably inaccessible fashion, Abigor open with a 13-minute epic that is less metal in sound than in spirit. Featuring not one blast-beat or tremolo-picked riff, the piece follows a classically-influenced structure, replete with various movements and gradual dynamic swells and falls. Guitarists T.T. and P.K. have long ranked among the finest polyphonic composers in all of metal, and their contrapuntal mastery is on full display here. Layer upon layer of slightly distorted guitars dance together in a vast tapestry of ominous melody, cooperatively rendering each motif a pure sum of its parts.

Acoustic guitars occasionally surface from the murk to deliver a jangling chord or skitter across a baroque-tinged scale, coalescing with bursts of choral chants to further the overarching atmosphere of necromantic rituals performed in a cathedral undercroft.

Completing the spell is the voice of Summoning mastermind Silenius, who croaks, growls, and whispers in inexplicable meters that narrowly avoid melodrama and convey a tangible sense of devotion to eldritch obscenities.

Next at bat is Nightbringer, who provide a slightly rawer, more dirgelike approach to their usually high-octane style of black metal. Opening with weeping lead guitars that harmonize with the final melody of Abigor’s piece, drummer Menthor soon unleashes a cascade of double bass that soars beneath opaque expanses of anguished chords and tremolo picking. Bolstered by towering walls of synths and choirs, the song doesn’t sprint but strides, almost providing the metallic catharsis that Abigor’s song intimates. “Almost” is the key, for Nightbringer never allow a climax. Devoid of resolution, the entire song is a delightfully harrowing buildup.

Release comes at the hands of Thy Darkened Shade, who have contributed my personal favorite piece to the split. Spastically careening from pillar to post, guitarist Semjaza’s surprisingly technical riffs simultaneously call to mind Vektor, Bach, Mayhem, and a stray piece of shrapnel. Hooks abound, and an entire repertoire of acrobatic guitarwork unfolds in the span of several minutes, each ricocheting arpeggio melded flawlessly to the last by an impending sense of urgency.

Midway through the onslaught, a haunting piano intermission suddenly silences all else, setting the stage for the song’s more regal second movement. After another short burst of tech-black, Semjaza’s penchant for the Hellenic rears its homeric visage, and the piece closes with majestic baritone chants and a dignified medieval melody that represents the album’s closest proximity to a sense of triumph.

Mortuus takes up the final mantle, bearing the great responsibility of closing an album that is not purely theirs while also spreading their own wings. In short, they do so wonderfully. As the most doom-influenced band of the lot, the song largely plods along at a funereal pace, titanic trebly chords ringing out atop vocalist Tehôm’s wraith-like rasp.

Where the song shines is its conclusion, the finale of the album itself. A deceptively simple melody, seemingly inspired by the main motif of Abigor’s piece, gradually builds throughout the song before finally taking its throne among dense choral chants and pulsating double bass, distilling every ounce of the album’s spiritual fervor and pitch-black misanthropy into a glorious blast of ill will. Curtain.

Apart from the stunning compositions and performances of each artist herein, ANTM stands tall because it sounds like four bands and also one band. No group hesitates to leave their unique mark, each baring their stylistic teeth to the fullest. However, whereas most split albums simply feel like haphazard compilations of disparate songs, these four bands have unified their visions to maintain a singular atmosphere from start to finish, bridging the gaps between all of their idiosyncrasies.

Whether it’s the similar production jobs, the incorporation of each other’s melodies, or the common usage of sonic textures like choral chants, ANTM is a triumph of coherence. Abigor, Nightbringer, Thy Darkened Shade, and Mortuus have created not only one of the finest black metal albums of the year, but also one of the greatest splits ever released.