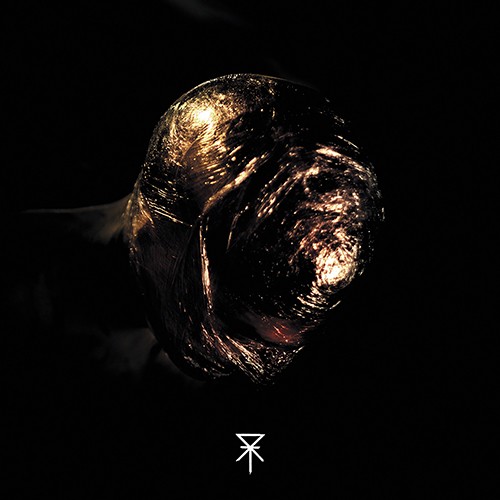 To greater and lesser degrees, every track on the French band Wheelfall’s new album gets your head in a hammer lock and seizes control of your involuntary muscle reflexes. Remaining motionless as you listen is not an option. To greater and lesser degrees, every track is also unerringly bleak and disturbing. It’s the kind of black-hearted music that seems simultaneously to be clawing in a blood frenzy to get at your throat while also clubbing you senseless with a cold, machine-like determination and precision.

In reflecting on the album experience, “violent”, “hallucinatory”, “insane”, and “oppressive” are among the words that spring to mind. “Massively heavy” and “compelling” are other words that seem appropriate. The warmth of human kindness, mercy, forgiveness, and love — all of that has been brutally banished from Wheelfall’s musical realm, but man, what they’re doing here is electrifying. The Atrocity Reports keeps you on the edge of your seat, all nerves firing. Sometimes it feels like the world is coming apart, or at least your own sanity, but the allure is nonetheless (and perhaps perversely) irresistible. 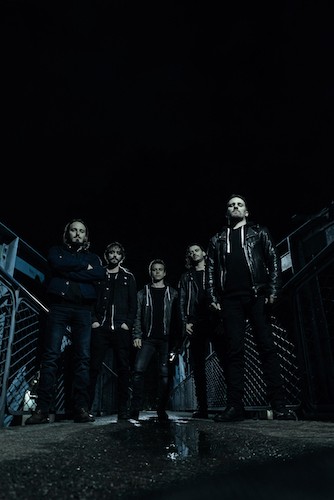 The Atrocity Reports will be released on October 6 — tomorrow — by Apathia Records, but you can listen to all of it through the player below.

In genre terms, Wheelfall’s music combines industrial and post-metal and a grim and often furious attitude, a perspective reflected in lyrical refrains that are so catchy you want to repeat them, though probably not around people you don’t know very well.

The physically arresting aspects of the music are due in large part to the mountainous low-frequency rhythms and jolting drum beats. Varied in their pacing, the songs inflict bouts of hammering with the force of a giant, groaning pile-driver, but just as effectively batter and jackhammer or erupt in a turbocharged frenzy. That’s one reason most of these songs are catchy as hell, in addition to being just plain hellish.

There are different rooms in the mansion of Hell, and Wheelfall visit many of them. In some of them you encounter the throat-scaping howls of tortured and enraged souls. In others, you find somber gothic vocals and cold, spoken-word incantations. Elsewhere the inhabitants engage in demented barking, dismal proclamations, and unhinged ranting. In other words, the vocals are quite varied from song to song (and within songs), some subdued and others explosive, but all are intense.

The variations don’t end with the voice. “The Way To Every Crime Is Ours” erupts in bursts of savage, abrasive riffs that swarm and seethe, while “Nothing But Worms” comes across as claustrophobic and paranoiac, though the chiming dissonant notes and gliding ambient sounds in the song give it a shivering eeriness as well.

“Impenitent” is a vortex of discordance and derangement, with filaments of melody searing enough to burn out the mind’s eye, but it’s a clobbering head-mover as well. “There Is No You” is gargantuan and gloomy, given over to a staggering lurch and the slow, crushing stomp of an executioner approaching the chopping block. 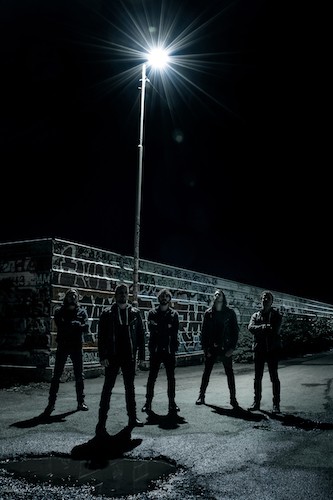 The destructive, unbridled maelstrom of an interlude called “Control”, which devolves from thundering double-bass, wailing melodic tones, and cyclonic riff abrasion into something that resembles a squirming, moaning pool of decimated flesh, leads right into the soul-plundering, morbid, drugged-out toxicity of “Black Bile”, though the drumming eventually goes nuts in the midst of a corrosive gale of gravel-chewing noise.

A queasy, pulsing and seething melody augmented by weird ambient shimmer and long, groaning chords moves across the pneumatic grooves of “Compulsions”, which ends with the sound of something like a car engine you’re frantically trying to start, but it just won’t catch.

Perhaps the only glimmers of brightness in the album are to be found in the second interlude, the penultimate track “A Murmuring Swarm”, in which the picking of a guitar and the strumming of something like a mandolin shine above a deep, dark, vibrating drone. And that in turn leads almost seamlessly into the ghostly, somber guitar notes and haunted clean vocals that launch the long closer, “Lost Cause”, whose resonance moves between loud and soft. Ravaging and razoring, chiming and discordant, it possesses a kind of deranged grandeur as it builds toward a frightening, apocalyptic finish to both the song and the album.

I failed to mention one song in this map of the album’s course — “Violence Is Seduction” — but only because it seemed a fitting way to close this probably-too-long review, not only because it might be the catchiest song on the album (and the subject of a video I’ve included below) but also because the vocalist’s refrain seems like good advice as you go into the record: He screams in a bleeding raw voice, “Brace Up You Fucker!” And yes, we all need to brace up because, as he informs us, the world is insane. So is this music.