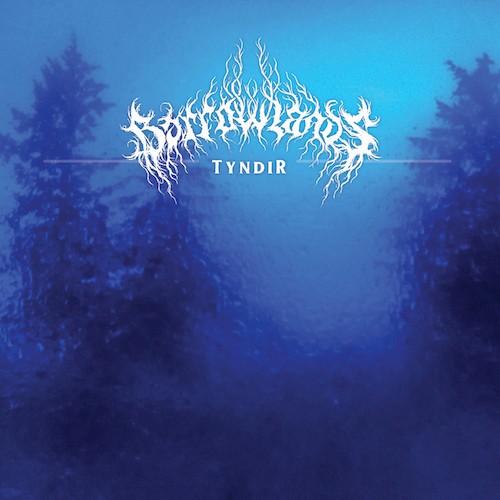 This Portland black metal band’s debut album Thane made an immediate favorable impression when I first began listening to it in 2014. As I described here, only two songs in, and I paused to buy it on Bandcamp. And thus it was a pleasant surprise when I learned that Barrowlands have completed work on a new album, Tynidr, which will be released on October 20 by Vendetta Records.

Guitarist Jay Caruso tells us about the album’s title and how it connects to the music: “Tyndir, a norse word for fallowed ground, speaks of the tension between nature and man and the realization that nature will ultimately reclaim all that man claims sacred.” 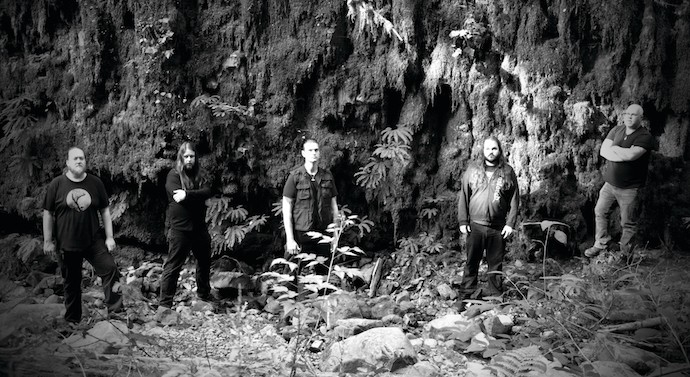 “The music,” he continues, “at times melancholy and restrained and, at others, urgent and aggressive, illustrates the growth of the band and while still solidly rooted in the black metal tradition explores the fringes of other genres that surround it.”

The first example of the band’s musical growth comes in the song “Empty Hands Grasping“, which closes the album as the fifth of five tracks. They devote roughly nine minutes to conjuring what becomes an increasingly deep spell. The song is immersive and emotionally intense, melancholy but also majestic, as panoramic as the vista of an old-growth forest but as intimate and personal as the experience of a grief you feel no one else can understand.

The song’s energy surges and ebbs, and as the band lead the listener through these changes in intensity they also drive home, and elaborate upon, intensely memorable melodic themes. Battering drums and dense waves of rising and falling chords, accompanied by caustic shrieks, immediately cast a shadow of brooding and baleful urgency. As the rhythm changes to a stalking stomp and a big hammering riff comes in, the lead guitarist pulls the listener into even more bleak and sorrowing territory. With an even further lessening of intensity, the band make room for a haunting and introspective dual-guitar digression that reveals beauty as well as bereavement.

The intensity swells again, the two guitar parts shimmering and shining as the drums begin their pneumatic drive and that flesh-peeling voice appears again, but when the music again returns to the less-driven and more subdued and mesmerizing side of this double-edged knife, it’s enhanced by the soulful sound of cello strings.

People who’ve become so cynical or beaten down that their feelings have become frozen like ice or instead locked in a perpetual rage might have trouble appreciating this music. But for everyone else, it’s hard to imagine not falling under the spell of this song. As is obvious by now, I certainly have.

Vendetta plans to release the album on tape, CD, and vinyl LP.