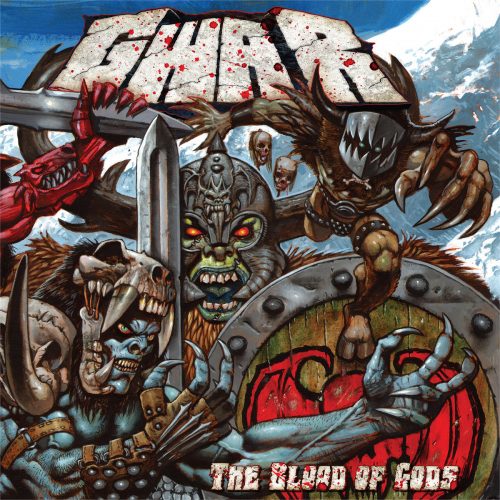 (This is Wil Cifer’s review of the new album by GWAR, whch will be released by Metal Blade Records on October 20.)

Their blood-drenched, cum-soaked live shows overshadowed the fact these guys had some good songs and made pretty killer albums up to, say, This Toilet Earth. They also used to be one of my favorite bands in high school, so the nostalgia runs deep. It also makes me proceed with caution knowing that they are carrying on without their lead singer Oderus Unrungus, whose human form Dave Brockie passed away in 2014. His voice fluctuated from a gruff punk-like bellow that could have come off of a Fear record to more of a growl or a croon.

I became more willing to give them a new shot when I learned that Blothar, the new singer, is the old Beefcake the Mighty taking on a new mantel. So they promoted from within. I can deal with this better than if it was some new guy they just brought in. The new sound has to grow on me even though he handled the vocals on the song “Nice Place to Park“. So his voice is not totally alien. It holds a Blackie Lawless-like edge. The songs on the new album typically carry a more straight-ahead metal feel in the vein of mid-’80s thrash, with songs like “Viking Death Machine” touching on their punk roots. 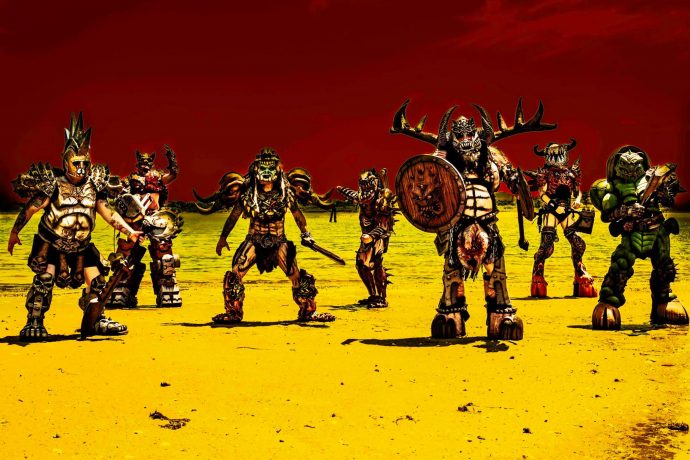 When we get to “El Presidente” the band connects with who they really are, no matter who is wearing what costume. The rock ‘n’ roll heart of “I’ll Be Your Monster” is punk-driven west coast ’80s rock . They keep the punk tempo for “Auroch”.

It is at this point in the album where it dawns on me that this is a case much like Black Sabbath: Dio is technically the better singer, but Ozzy has a charisma to his voice that wins you over. The same could be said of the void being filled here, though I was a little disappointed by the AC/DC cover at the end (“If You Want Blood (You Got It)”), because throughout the album we are getting some raspy rock yelps that made me think he could do a good Bon Scott, but he doesn’t go for it. One such moment is his performance on “Swarm”. It has a classic metal feel and the song overall is a better balance of these foot-on-the-monitor rock moments with who GWAR is as a band.

Sawborg’s Destructo is better than some of Techno Destructo’s moments on earlier albums.The more theatrical elements of their brand of storytelling are in place on the song “Death to Dickie Duncan”, which is about a mascot of a fast-food chain.

They go full-on thrash for “Crushed By the Cross”, which musically reminds of that time period post-This Toilet Earth that I was not as into. The thrash vibe returns going into “Fuck This Place”, while “Phantom Limb” is a power ballad that is an ode to Oderus Urungus, and one of the album’s best songs.

At the end of the day it’s a fun listen, one that falls a little short of the high bar set by classics like Scumdogs or America Must Be Destroyed , but it’s better than most of the band’s albums of the ’00s.