If you’re not already sitting down you probably should before you listen to this first song, because it has the kind of pulverizing punch and drive that can make one wobbly in the knees. 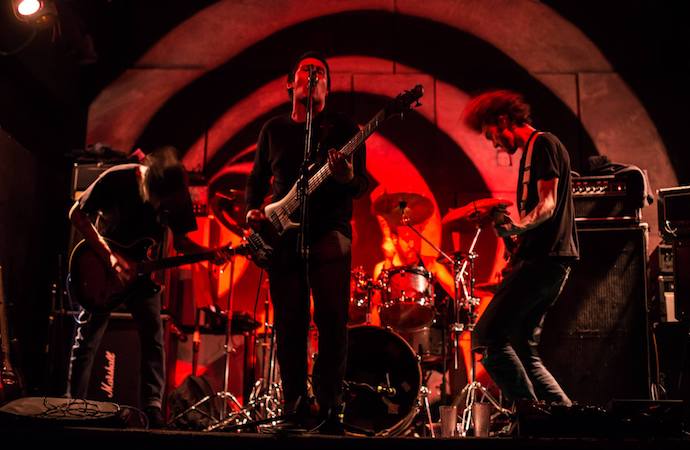 Along with those thundering, syncopated, sometimes off-kilter grooves and jolting, pile-driving riffs, it’s a creepy piece of music, too. Eerie, dissonant guitar emanations combine with flurries of seething, twisted, and constricting note patterns and squalls of feedback in a way that becomes chilling (as well as interesting).

On top of that, you get ghastly roars and vicious barks in the vocal department. And there’s also a crazed, shrieking solo in the song performed by none other than this band’s guest, Kevin Hufnagel (Gorguts/Dysrhythmia).

The band is Aseitas from Portland, Oregon. The song is “City of Stone“, the first single from a an album due out sometime this fall. In the band’s words, “Discordant math metal converges with the brutish timbre of blackened death metal” in this forthcoming LP. 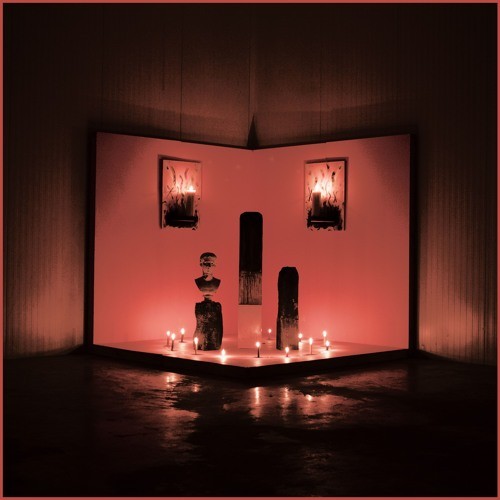 The next track greets you with an immediate swirling vortex of sound, an electrifying torrent of somersaulting drums and swarming guitar, with enormous groaning chords that turn out to provide a big hook all the way through the track. Spectral lights seem to glow within this rush of compulsive drum patterns and high, raw, mind-abrading vocals, which straddle a line between clean and harsh, between soulful and sadistic.

The music is earth-shaking and mind-blowing, except for a bit of eerie quasi-silence near the end, which is only a preclude to a final bloody stomp and ruinous fanfare.

This is “Ruptured Earth (Head In Sand)” from the new album, Stoic, by the UK’s Ghold. It was recorded in the Leeds Unitarian Chapel, which may have something to do with the way it sounds. It will be released by a new label named Crypt of the Wizard on November 3.

Crypt of the Wizard:
http://www.cryptofthewizard.com/ 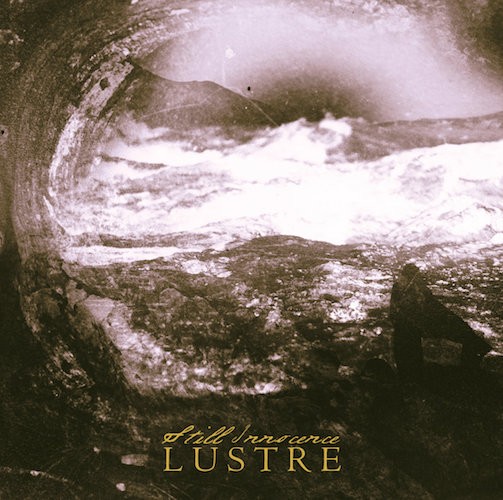 What can I say? This is Lustre. You know what to expect, and you get what you want — a mystical, mesmerizing experience with haunting beauty, a work of slow, repeating rhythms, washing waves of sound, and patterns of pulsating and crystalline ethereal melody. It transcends the awfulness that seems to plague the world and carries the mind to a glimmering place where it’s still possible to experience a sense of wonder.

“Dreaded Still” is the opening track from Lustre’s new album,  Still Innocence, which releases on November 3.

Patrons of the long-running Australian project Nekrasov received this message a few days ago:

It’s about now that marks 10 years since the first release Into the No-Mans-Sphere of the Ancient Days so as a ‘thank you’ for your support and to mark the upcoming new release The Mirror Void all releases on Bandcamp are set to ‘pay as you want’ for a little while (this excludes The Mirror Void).

Herculean appreciation for your support over the years…..

That’s very good news indeed, and I’m sharing it. And if you haven’t yet heard the first advance track from The Mirror Void, you really should check it out below. 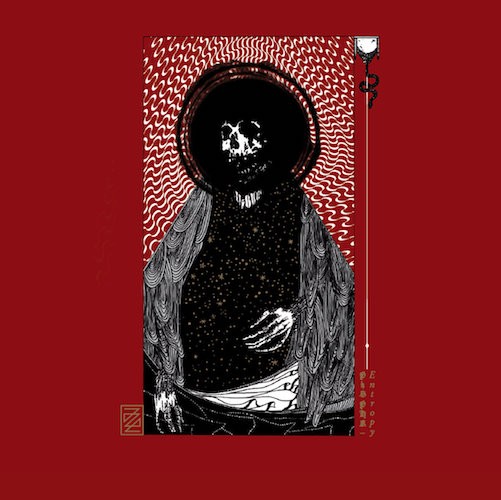 On December 4th, Clavis Secretorvm will release the debut album of DSKNT, entitled PhSPHR Entropy. The press release I read told me that “DSKNT creates hermetic, opaque, experimental, polymorphic, and abstract black metal exclusively glorifying and worshiping the annihilation of all existence.” It appears that the vocals were performed by the vocalist of Antiversum.

A recently released single from the new album, “Resurgence of Primordial Void Aperture“, is my next selection for this playlist. And I selected it because I was afraid not to.

The core of the song lies in a malignant, rapidly vibrating riff and long, braying chords, both of which provide a repeated hook. And around those magnetic expulsions of sound a gruesome, bestial voice roars; the drummer moves from slow methodical rhythms to maniacal blasting; tendrils of arcane melody and waves of dissonance contribute to what becomes a maelstrom of disturbing, demonic power.

This is unpredictable, but unrelenting in its violent intensity. Very, very good.

For this site, the music I’ve chosen to end this collection can be considered unusual in sound, though not in spirit. It consists of two tracks from the new album by Hvile I Kaos, Agios O Fotiá, which is set for release on October 13 via Deathwave Nexion.

I wrote about this band three years ago and I’m glad they’ve given me a reason to remember them. In the band’s own words, “The music can best be described as occult chamber music tending strongly towards melodic black metal stylistically”.

The lead instrument is the cello, and all the instruments on the album were performed by Kakophonix, with guest vocals and throat singing by Lurk and additional vocal and spoken-word samples submitted by Tiana Marie, Jade Willow, Lauren Davis, Necrohorn, “and the nameless voices of dispersion”.

The first track below, “Vessel 333” is filled with an array of unsettling words spoken by a variety of voices. Those voices are heard over the strumming of a guitar and the moans, growls, and bereaved cries of the cello. It’s hypnotizing, haunted, disturbing music, and the track proves to be quite intense and uncomfortable, as well as beautiful.

The second track, “Agios O Baphomet” is even more entrancing. It begins slowly in the mournful sound of the cello played solo, recalling the atmosphere of a medieval dirge, and then a layering of strings begins. There is a dark grace and stateliness in the music, and it casts a deep and somber spell.

And then… things change. A fast, rattling percussive rhythm comes in, and the strings catch fire in a whirling dance of fearsome delight. You want to clap your hands in sync with the rhythm and spin around until you’re dizzy — and then the song changes again, and somehow it becomes both dirge and dance at the same time.