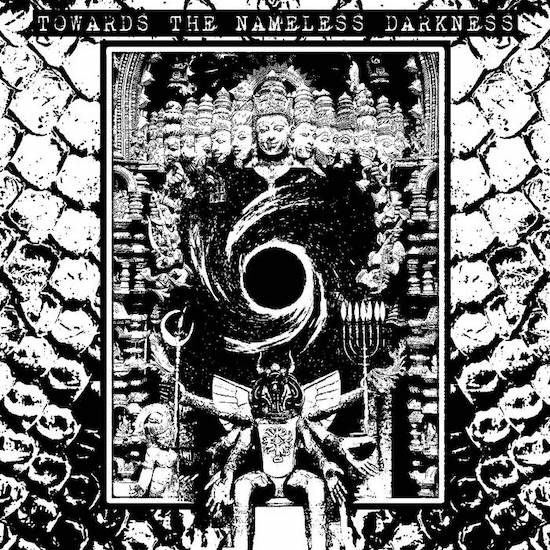 Both of these bands have already made names for themselves among discriminating and demanding listeners, and for those devoted fans anything new from them will be welcome. But we hope the split will also bring new fans into the fold, especially because this split release functions as a teaser for new albums that are in progress from each band — Pestilence Crowned by Grave Gnosis, and Lower Order Manifestations by Hvile I Kaos. END_OF_DOCUMENT_TOKEN_TO_BE_REPLACED 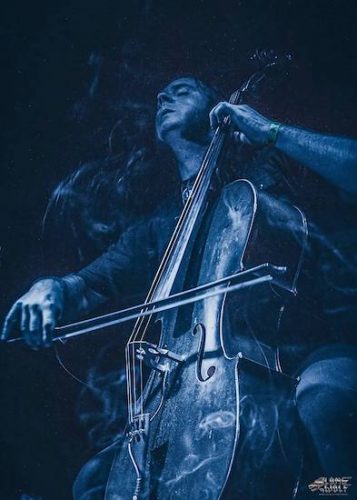 During these last few months of covid lockdowns and social distancing, playthrough videos have proliferated like wildflowers in the spring, as ways for musicians to burn off some pent-up energy and to remind us that their bands still exist, even though they haven’t been able to gig and tour. The videos have not all been of equal quality, nor have they been uniformly interesting. And to be honest, we’ve resisted overtures to premiere playthrough videos, preferring to continue concentrating on new music rather than performances of songs that have been out in the world for a while.

But this video premiere is one we couldn’t resist.

In the first place, the subject is “Black Waves“, a tremendously good song from an album all of us here liked A LOT — Abigail Williams‘ 2019 album Walk Beyond the Dark (and you can and should read Andy Synn‘s review of it if you haven’t yet delved into the record).

And in the second place, the play-through is performed by cellist Kakophonix, whose contributions to the album were a significant factor in building the moments of haunting grandeur and epic atmosphere within the record, and it’s fascinating to watch and hear his performance. END_OF_DOCUMENT_TOKEN_TO_BE_REPLACED 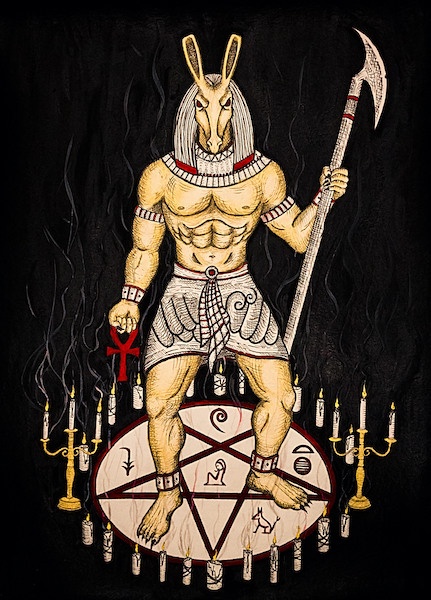 The California-based cellist and composer Kakophonix has contributed his prodigious talents as a session musician to a long list of diverse bands, including Abigail Williams, Chrome Waves, Astralborne, Nòtt, and Grave Gnosis, in addition to performing in previous years as a member of Empyrean Throne (to name but a few of his credits). But it is his personal project Hvile I Kaos (“Rest In Chaos” in Norwegian) that has served as the central focus for his individual artistic trajectory and spiritual practice.

Variously described as “Black Ritual Chamber Musick” and “Cellistic Black Metal”, it has been an evolving vehicle for translating spiritual themes into sensory experiences that do have the atmosphere of rituals. We have previously described the music as “a version of spiritual black metal from an alternate dimension”, occupying “a space that is in between extreme metal and classical music, an abnormality in both worlds, creating a world of its own as it unfolds”.

The newest Hvile I Kaos release is a split EP named Never Without the Pentagram with the solo artist Emerson Sinclair, who has played violin with Hvile I Kaos in live performances over the last few years. Kakophonix tells us that the split EP “flows as a continuous work of ceremonial magick”, a ritual invocation in which Hvile I Kaos opens and closes the circle (and the record) and Emerson Sinclair‘s tracks fill in the middle. “Stylistically it’s best described as occult neoclassical with elements of black metal and electronic music.”

Never Without the Pentagram will be released on July 10th by Metal Assault, and today we are very pleased and very proud to present a video for “Rise, Engulf, Envenom“, the Hvile I Kaos piece that begins the split. In a word, the music is astonishing, and so is the imagery that accompanies it. END_OF_DOCUMENT_TOKEN_TO_BE_REPLACED 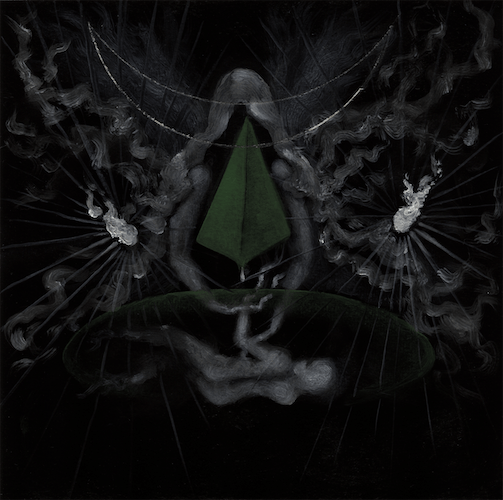 The music of Hvile I Kaos is, in some very obvious ways, radically different from what you’ll encounter on most days at NCS. But in other ways it is very much in keeping with the kind of music that typically gets us excited. It seems to function almost like a version of spiritual black metal from an alternate dimension, even though it is predominantly performed with an instrument from the dimension we know. It just happens that the instrument is a cello.

Self-identified as “black ritual chamber musick,” the creations of Hvile I Kaos (which is Norwegian for “to rest in chaos”) occupy a space that is in between extreme metal and classical music, an abnormality in both worlds, creating a world of their own as they unfold. Or perhaps it is more accurate to say “a world of his own”, since those creations are the work of a single California-based multi-instrumentalist (with a bit of vocal assistance here and there) who goes by the name Kakophonix.

We’ve written about Hvile I Kaos on multiple occasions, most recently in June of this year when the subject was a remarkable cover of “Strange Gateways Beckon” by Tribulation (which you can find here). At that time we reported the exciting news that Hvile I Kaos was putting the finishing touches on a new EP entitled Black Morning, Winter Green. That work, which was nearly 10 years in the making, has now been completed, and the EP will be released on December 6th by Red Nebula. One of its three main tracks (“An Inviting Afterglow“) has already been revealed, and today we present another: “Grand Darkness Engulfs“. END_OF_DOCUMENT_TOKEN_TO_BE_REPLACED

I’m beginning this second installment with a new discovery (at least for me), a London-based group named Damim, led by vocalist/guitarist Nathanael Underwood (ex-Akercocke). Damim have a new album named A Fine Game of Nil (excellent title) set for release on June 28th by Apocalyptic Witchcraft Recordings and Czar of Crickets Productions, and what you’ll find below is a track from the album called “Rising of the Light“. END_OF_DOCUMENT_TOKEN_TO_BE_REPLACED

If you’re not already sitting down you probably should before you listen to this first song, because it has the kind of pulverizing punch and drive that can make one wobbly in the knees. END_OF_DOCUMENT_TOKEN_TO_BE_REPLACED