(Here’s Andy Synn‘s review of the new album by Abigail Williams, which will be released by Blood Music on November 15th.)

Patience, as we’re so often told, is a virtue. As, perhaps, is perseverance.

If so, then Abigail Williams mainman Ken Sorceron must be practically a saint at this point, having spent over a decade weathering the slings and arrows of hostile critics and the ignorant public in equal measure.

Thankfully, all this time playing the black sheep of American Black Metal has had a paradoxically freeing effect on the band’s music, allowing it to adapt and evolve at its own pace without being shackled by commercial considerations or concerns for the critical consensus.

And nowhere is this more true than on Walk Beyond the Dark. 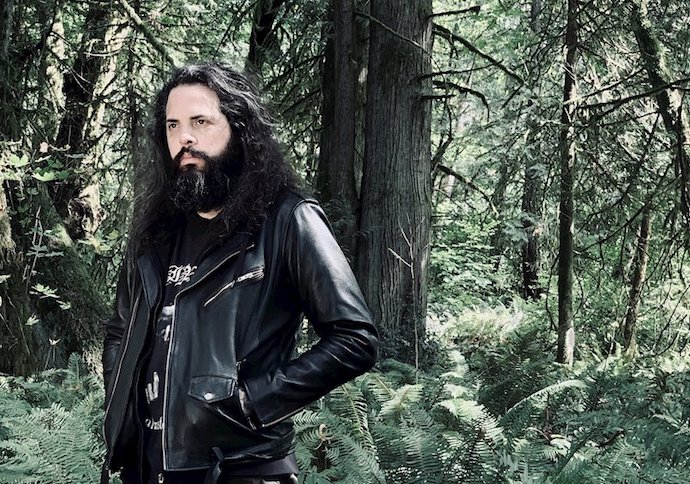 After an almost four-year gap I’m sure a lot of you will be wondering exactly what form this latest incarnation of Abigail Williams will take.

Will it continue to build upon the thrillingly raw and visceral vibe of The Accuser?

Will it return to the introspective and expansive sound of Becoming?

Or will it be something else entirely?

Tracks like engrossing eight-minute opener “I Will Depart”, the epic “Black Waves”, and colossal closer “The Final Failure”, certainly suggest a return to the haunted majesty of Becoming, as does the prominent use of cello throughout the album.

Yet the lessons learnt from The Accuser clearly haven’t been forgotten either, as both “Sun and Moon” and “Born of Nothing” continue to channel the gloomy glamour and grim intensity of that album’s very best moments.

There’s more to Walk Beyond the Dark than just references to its immediate predecessors though.

In fact it wouldn’t be inaccurate to say that this album is not only a culmination of the band’s journey so far but also a consummation of all the different, sometimes disparate, elements which have been a part of their identity over the years, resulting in what may very well be their best work yet.

Tracks like the aforementioned “I Will Depart” and the seething “Ever So Bold” feature some of the sharpest, most sinuous riffage of the group’s career, hearkening all the way back to 2008’s In The Shadow of a Thousand Suns in the process, while both the latter track and the similarly blistering “Into the Sleep” also call back to the stripped-down, streamlined savagery of In The Absence of Light, arguably the group’s most “pure” Black Metal album to date. 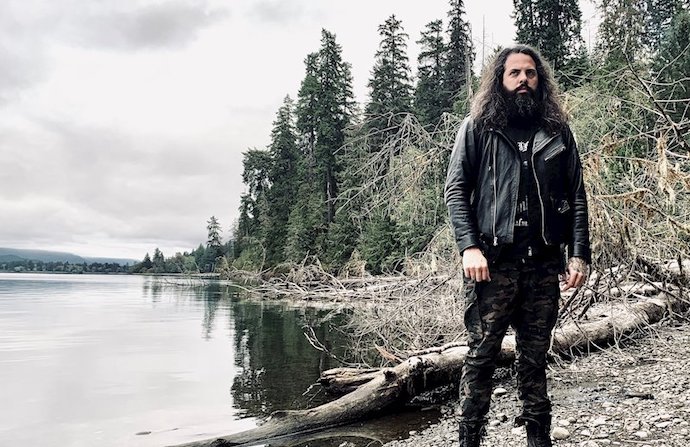 All of these tracks also display a level of musicality we perhaps haven’t seen from the band since… possibly ever… much of which must be attributed to the intricate bass work and complex percussive patterns provided by Bryan O’Sullivan (From the Bogs of Aughiska, ex-Altar of Plagues) and Mike Heller (Malignancy, Fear Factory), respectively, with Heller in particular giving what may well be a career-best performance behind the kit.

Sorceron too, perhaps inspired by his chosen collaborators, seems more energised than ever, especially vocally, mingling his acrid, acid-drenched snarls with deft touches of clean-sung melody in order to maximise the cathartic impact of every single song.

“Is this the beginning or the end?” he asks on “Into the Sleep”.

“Shedding my skin” he screams, mantra-like, during “Sun and Moon”.

“One lifetime is never enough” he laments near the end of “The Final Failure”.

Because this isn’t just about resolution, it’s about rebirth. It’s about sloughing off the stains and shackles off the past and moving forward, moving beyond the restrictions, beyond the recriminations… beyond the dark.

4 Responses to “ABIGAIL WILLIAMS: “WALK BEYOND THE DARK””