(We present Wil Cifer‘s review of the new album by the British doom lords Esoteric, which is being released on November 8th by Season of Mist, along with a complete stream of the album.)

What I love about this band is their ability to take doom to places that have little to do with Black Sabbath. Nothing against Geezer and the boys, but I don’t need a genre of impersonators. I want the kind of sonic despair a band like Esoteric are capable of delivering. Eight years after Paragon of Dissonance, which is pretty much a perfect album. expectations are high. What is a band to do after such an achievement?

In the case of Esoteric, they decide to open the album with an almost 28-minute song. To put this in perspective, that is the length of the entire Reign in Blood album. Granted, Slayer were moving at the speed of punk, and these guys are a slow trudge through the apocalypse. With a song of this length I tend to approach it as if it is a symphonic work, written in movements rather than the compact verse-chorus formula. 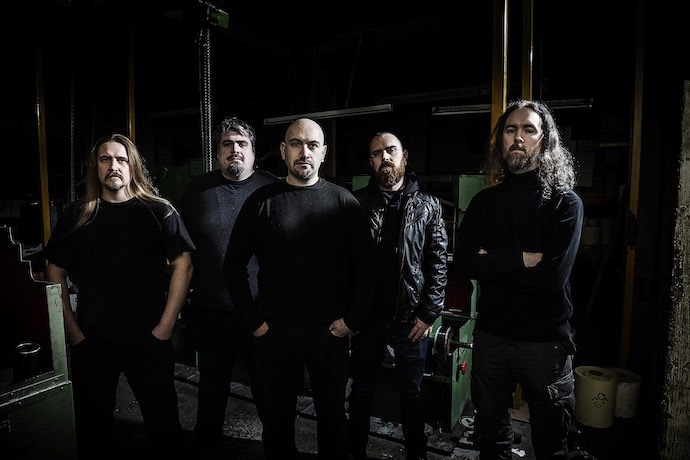 The growls go lower and reach more inhuman places this time. Sometimes they shift into higher screams. The album does not slavishly adhere to the plodding tempo; it shifts tempo, speeding up into various levels of pounding. It only takes me getting to the second song to find that the common theme on this album is to bathe everything in more atmosphere. Could some of this have been trimmed to make things more concise ? Yes, but it is obviously not what they are going for here. There are varied guitar tones ranging from clean strums to monolithic stomps of distortion, often teasing you with a crash of violence before committing to fully attacking you again.

“Rotting in Dereliction” has a nastier murkiness, though eventually they gather enough steam to muster a head-banging groove for a few measures. Two minutes later it erupts into blast-beats and guitar solos. They employ a chilling delay-soaked guitar tone on “Consuming Lies”. This leads into an awesome groove of stacatto guitar riff, when the vocals lock into it and create the album’s finest moment. This progresses into a solid chug followed by drifting into a more progressive place with a jazz underpinning. This is largely due to the highly naunced drumming.

The nasty snarl of “Culmination” still holds your attention for its 18 minutes. One of the more adventurous arrangements, it includes a section at the 11-minute mark where the song is overtaken by a swathe of white noise as the drums hold the tension. Double-bass breaks this up to make me think they are like the Meshuggah of doom. 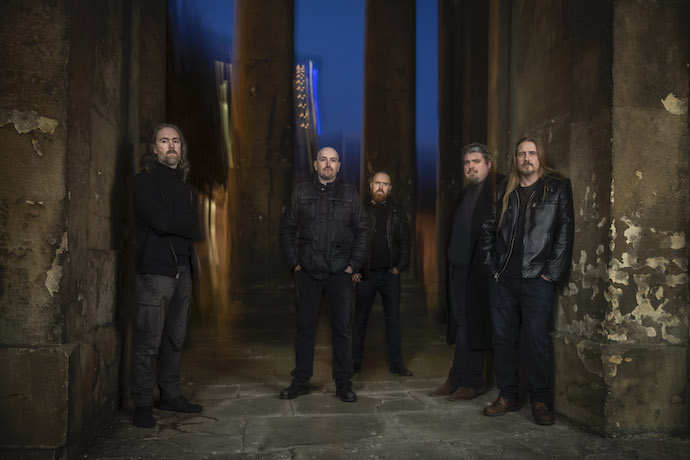 The album closes with “Sick and Tired”, highlighting their more forward-thinking guitar playing. It is more like Pink Floyd than Black Sabbath. It is perhaps one of the album’s most melodic moments. The low growl of the vocals offsets this, though the song retains its soaring, transcendent feel. At the five-minute mark I am wondering how they are going to maintain this kind of sonic intensity as the vocals lash out into more of a scream. Instead of attempting to do so they shift gears and lower themselves back into the dismal murk.

I would be interested in hearing these songs live and think fans of the band will be pleased with the direction in which they have pushed their sound. It is true to who they are without boring you with the same songs repackaged under different titles. There are many moments on this album that make me think of Lars von Trier’s latest movie The House That Jack Built. I think this would be a great soundtrack to the madness and descent that film depicts.

6 Responses to “ESOTERIC: “A PYRRHIC EXISTENCE””