I’m beginning this second installment with a new discovery (at least for me), a London-based group named Damim, led by vocalist/guitarist Nathanael Underwood (ex-Akercocke). Damim have a new album named A Fine Game of Nil (excellent title) set for release on June 28th by Apocalyptic Witchcraft Recordings and Czar of Crickets Productions, and what you’ll find below is a track from the album called “Rising of the Light“. 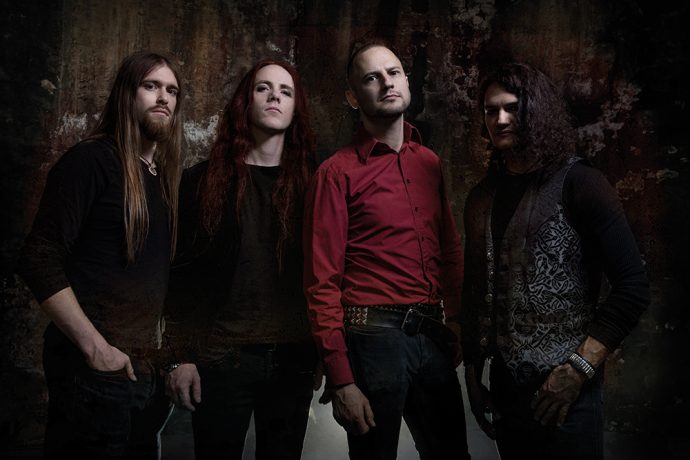 That song premiered through a creepy sci-fi video, and I confess that I didn’t concentrate on the music as well as I should have because I was so intent in trying to figure out what the hell was happening in the film. The second time through the song, I didn’t watch the video, and the music really hooked me much more intensely than the first time through — though it’s the kind of song that merits even more attention than two listens.

“Rising of the Light” is bleak, dark, and heavy — and dissonant and disturbing — and battering and brawling — and berserk in its ravaging flurries.  It has its brazen, neck-wrecking moments for sure, and other moments where the skittering, swirling, and bleating fretwork and maniacal vocals are frighteningly freakish. At still other times it has a futuristic atmosphere, or the destructive impact of rapid-fire pile-drivers.

In other words, it follows a mercurial course, but one that’s persistently thrilling, and not nearly as disjointed as my description might lead you to guess. I might be tempted to call it avant-garde black thrash, but I don’t think that really does it justice. You’re better off just listening, but make time for at least two trips through, because that video really does rivet the attention.

(Many thanks to Lance N. for turning me onto this track — and causing me to discover that I’ve had the whole album sitting in my in-box for 10 days, where it will definitely not lie undisturbed for much longer.) 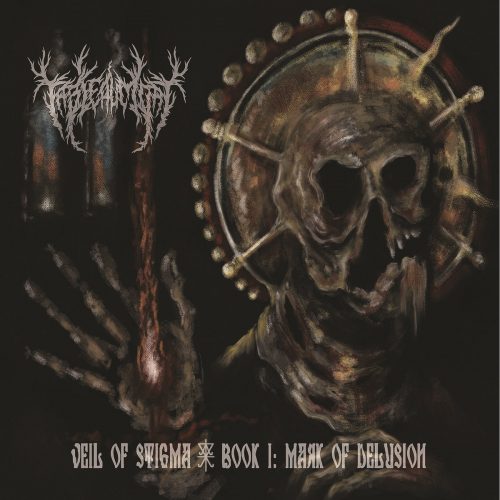 Here’s another London-based band. I first encountered Tableau Mort last September (which seems like an eon ago) through their first single, “Impending Corruption“, which will be included on a debut album that’s now finally set for release on June 28th through Loud Rage Music. I was originally attracted to that single when I saw the music described as a combination of traditional black metal, doom, and Romanian orthodox church chants, and was further enticed by the line-up, which then consisted of vocalist Daniel Neagoe (Clouds, Eye of Solitude, Bereft of Light, Pantheist, Shape of Despair), drummer George Bratosin (ex-Indian Fall), bassist Marek Basista — and a trio of guitarists: George Topor, Radu Vulpe (ex-Necrovile, Decease, Pathogenic Virulence), and Cristian Giurgiu (ex-Sin). Since then, James Andrews (ex-The Exiled) has become the band’s vocalist (and fulfills those duties on the album they’re now about to release.)

That first single made a positive impact, which I described as follows:

“The beautiful, haunting, chanted vocals in the song are worth the listen all by themselves. They come first, followed by a simple yet spooky keyboard interlude which leads into an increasingly high-intensity black-metal experience that’s both beleaguered and emotionally devastating. Grand, dramatic melodies course through the music, conveying moods of ominous peril and soul-flensing tragedy, and the drum fusillades and vibrant bass-work very effectively get the blood rushing, too. Speaking of flensing, the shrieked vocals are downright shattering in their intensity, and the blending of them with deep, solemn, clean vocals reminiscent of those opening chants was an inspired choice.”

Now there’s a further track from the album out in the world — “Fall of Man“.

Like its predecessor, this new track is a multi-faceted affair (and the vocals are strikingly intense). Very gloomy, oppressive, and intensely foreboding much of the time, it erupts in frenzies of blasting percussion and dismal, demented riff swarms — as well as displays of mammoth stomping brutishness. Dramatic choral voices drift overhead like disembodied spirits, and although the music is as hopeless and tormented as the song’s title suggests, it also manages to ascend to dramatic, sweeping plateaus. And it’s produced so powerfully, and is so titanically heavy, that some kind of protective headgear might be in order before you go into it.

Funny how the world works. A Finnish Facebook friend invited me to like the FB page of Serpent Ov Old, about whom I knew nothing that I could recall. I explored that page and discovered that they had recently started streaming a new album on YouTube. So I began listening… and here we are.

Metal-Archives identifies this as a solo project of Philadelphian Stephen J. Corridean Jr., and lists a discography that includes two albums, five EPs, and a compilation. The new third album, Miskatonic Abysmal Path, appeared on YouTube on June 17th and appears to include the work of other members besides Corridean, including lead guitarist Lawrence Wallace.

I’ve only barely begun to explore the album — mainly because I’ve been stuck on the second track (following a scary introductory instrumental named “Inquisition”). The song that has halted me in my tracks is the title song. It’s such a wild romp! The rise, fall, and whirl of the rapidly pulsing riff seems like a mad dance, equaled in its madness by the scalding shrieks and the joyous (though demented) exuberance of the leads. The rhythm section is no less crazed, though the sound is that of bone-fracturing hammers, wielded in a fury by Vulcan or his helpers on the anvil of your skull.

It’s a brilliantly dervish-like and bewitching fling — until it isn’t. Should I tell you what happens at the 3:30 mark? I think I won’t. 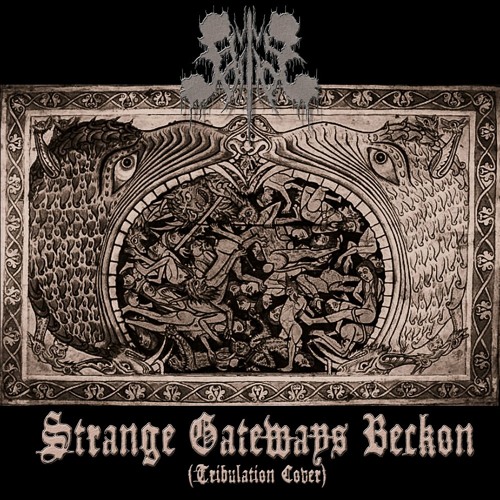 In Part 1 of this week’s column I forecast that I would end each of the two Parts with musical divergences from the general wildness of everything else I selected. Here, I’m doing that through a new track by Hvile I Kaos, a southern California band I’ve written about twice before, but not for the last 18 months. In the band’s own words, “The music can best be described as occult chamber music tending strongly towards melodic black metal stylistically”.

I use the word “band”, but Hvile I Kaos is really the solo project of multi-instrumentalist Kakophonix, though he sometimes enlists guest vocalists. The principle instrument he uses is the cello, and if his name rings a recent bell, it might be because he was a participant in a Chrome Waves song we premiered not long ago.

The song you’ll find below is a single released in May, which is available on Bandcamp. It’s a cover of “Strange Gateways Beckon” by Tribulation, and here Kakophonix did everything in the performance. The original song is brilliant, and close to the forefront of my mind since I heard Tribulation perform it at that recent Iceland festival to which I devoted so many words. How does Hvile I Kaos approach it? Well, also brilliantly.

With the vocals sheered off, and much else besides, this version still joins seamlessly with the spirit of the original, but magnifies the sorcorous qualities in the melodies. The acoustic rhythms still link with the reptile part of the brain, but this performance makes you want to sway and dream, to become lost in the swirling devilry of the seductive melody in a way that’s deeper and almost more primal than the original (which is intended as very high praise).

Hvile I Kaos is putting the finishing touches on a new album named entitled Black Morning, Winter Green — which we’ll be watching for.