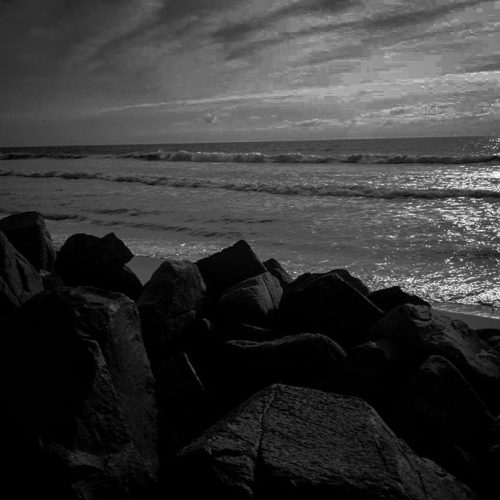 2019 is shaping up to be a pivotal year for Chrome Waves. With a revised line-up in place, they released their powerful debut album, A Grief Observed, in March. In April they released a great cover of Nirvana’s “Something In the Way” on the twenty-fifth anniversary of Kurt Cobain’s death. Earlier this month they announced their signing with Avantgarde Music for the European release of A Grief Observed on vinyl and CD. They have also recently announced tours with Tombs in June, and with Suicide Forest in August. And today it’s our good fortune to premiere a new Chrome Waves single named “Bound“, accompanied by a video that provides a beautiful match for the music. 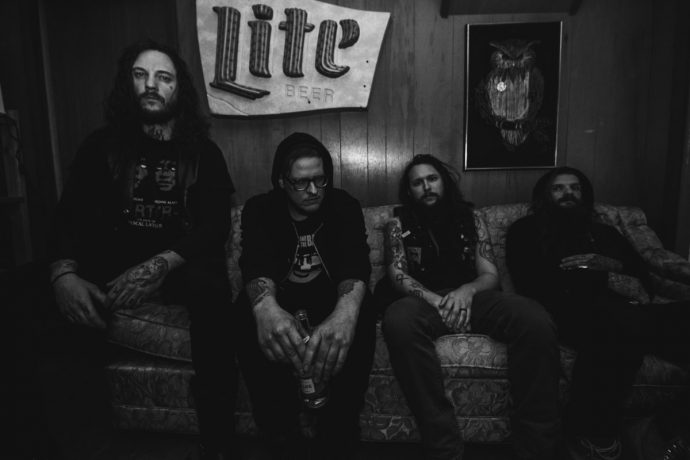 If you venture out onto the web to explore what’s been written about the music of Chrome Waves in its current formation, you might see references to ingredients drawn from black metal, doom, post/alt-metal, dark pop, and shoegaze. As those references suggest, the music resists genre classification. It’s obviously the creation of people whose own musical interests are wide-ranging, despite the impressive metal pedigrees to be found in the line-up, and unconstrained creativity is a significant part of the music’s allure.

“Bound“, the new single we’re helping to present today, is itself a multi-faceted piece of music. It begins to cast its spell from the first moments, as an ethereal ambient shimmer gradually builds from silence, to be joined by the haunting tones of the cello and a deeper, darker undercurrent of sound. Those opening minutes enfold us in a space where regret and grief co-exist with entrancing beauty.

Lightning begins to flash in the video, perhaps serving as a sign of turmoil to come. And the music does soon become even more powerful and penetrating, and more harrowing. The atmosphere of spectral beauty persists, and becomes even more bewitching, but the mood of the music also becomes more despairing and desolate.

The combination of dramatically different vocals contributes to this heart-wrenching harmony, and as the song evolves it both carries the listener aloft through wondrous panoramic soundscapes, and also draws us inward into uneasy meditations. Thanks to an explosive drum performance, the song also triggers a physical reaction — but as the band slowly return to silence at the end, what remains is the sense of having journeyed into a dream, and the spell created by “Bound” lingers.

“Bound” will become available today on Bandcamp, where you’ll also find A Grief Observed and the band’s cover of “Something In the Way“. For further news about the due dates for the Avantgarde Music releases of the debut album, keep an eye on Chrome Waves‘ FB page. We’ve also included the current dates for the band’s June and August tours with Tombs and Suicide Forest just below the music stream.