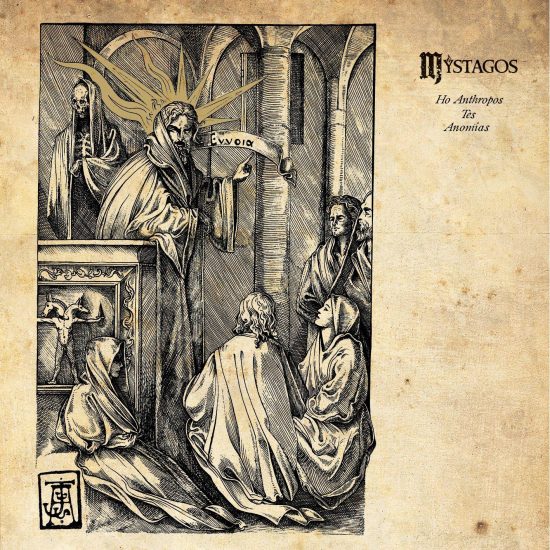 All music is connected to some kind of inspiration, from the most mundane (and even deplorable) to the most sublime. Some songs are the result of nothing more than cynical calculations intended to draw ears like clickbait draws eyes. Others seem like efforts to express (and perhaps exorcise) strongly felt emotions, either positive or negative. And still others can be understood as genuine efforts to channel a spiritual experience, or to create a medium for spiritual experience by others.

Of course, even when the inspiration for music is something commonplace and uninteresting, the music itself can still be appealing. And conversely, even when the inspiration is a blinding revelation, the music can nevertheless be colorless or even unlistenable. There’s no necessary correlation between the two, because songwriting talent and performance skill count for a lot. But when spiritual inspiration and distinctive musical talent come together, the results can be remarkable, as you will soon discover.

Ho Anthropos Tes Anomias is the debut album of Mystagos, and it will be released by the U.S. label Clandestine Faith on October 12. The album becomes available for pre-order today, to coincide with the label’s launch of a new web site, and we’re launching a full stream of the album today as well.

This album may be the first release under the Mystagos name but this isn’t the first effort of the man behind that name. The sole creator, Madrid-based Heolstor, began the project in 2005 under the brand of Chains ov Beleth, which released two demos and two albums.

Ho Anthropos Tes Anomias is a tale of metaphysical divination. According to Clandestine Faith, it was “written in the archaic, elder century biblical tongue” and follows in detailed steps the efforts of a creature called the Wordbearer “as he attempts to elevate his disciple’s spirits unto descent”, and that narrative is reflected in the album’s cover art created by Jose Gabriel Alegría Sabogal.

The song titles include words from the Ancient Greek language that refer to persons who initiate others into mystic beliefs, as well as to the mother of God (though given a different meaning here), and an Egyptian reference to the children of rebellion, the sons of Set, who opposed the reign of the one sun god. And so the album has the markings of a spiritual journey through occult realms and arcane teachings. Those markings include the packaging itself, described as follows:

“Included with the release is an envelope marked in gold foil with the symbol of the Hierarchy Of Death under Clandestine Faith, within an inverted extension of a Zoroastrian prayer recited, then marked in gold under a personal talisman of Heolstors personal workings. Each talisman anointed with a holy oil which is collected seeping outside the grave of a mountain monk in a specific monastery of southern Europe. This very oil is used in rites of spiritual detoxification and remains a rare prestigious sacrament.”

But the spiritual markings of the album don’t end with the words or the imagery. The music itself has an otherworldly and occult resonance, channeling the exploration of dark mysteries, the exaltation of sinister forces, and the delirium of madness. This is also a prime example of spiritual inspiration and musical talent combining to produce something remarkable. 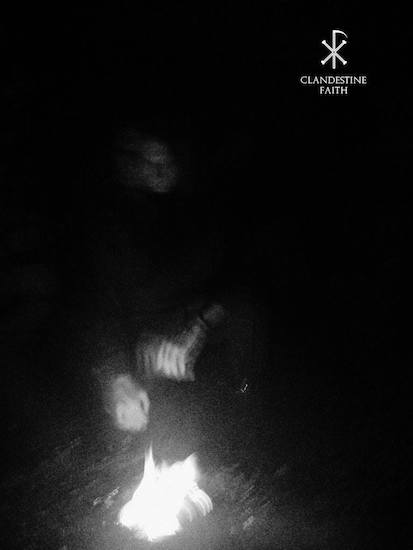 In the broadest of genre terms, this is black metal, but it isn’t calcified by rigid adherence to the usual conventions. There are at least as many rocking back-beats as blast-beats, and as many heavy, hammering chords and ringing melodies as seething tremolo frenzies. The vocals resemble cracked animal growls that seem to come from the belly but rattle in the throat, ugly but expressive, yet one of the most highly addictive songs on the album (“We Are the Theotokos”) and one of the most disorienting (“Rise of the Hierophant”) include clean vocals. The music makes you want to move; it can also send your thoughts into a hallucinatory trance. Mystagos pulls from musical influences that go beyond black metal.

Distinctive tones run consistently through the album. The bass throbs and drives with a deep, massive, but vibrant sound that regularly grips the listener’s head like a vice. There’s a squalling, yowling kind of abrasiveness in the rhythm guitar and an almost wraithlike quality in the melodic leads, which ripple, chime, writhe, and swirl in ways that immediately seize attention in every track.

The moods and energies of the music change. Grim, sorrowing, and sinister in some passages, it can transform into tension-ratcheting movements of torment and pain and surge into floods of intensity that convey an unsettling ecstasy. Crushingly ominous and dismal at times, the songs can also channel the wonder of revelation as well as a kind of menacing grandeur.

In a nutshell, these are just really well-crafted songs. Apart from the distinctive sounds, the rhythmic and emotional dynamism of the music, and the ability of Mystagos to combine mind-warping atmosphere with primal, head-moving cadences, all of the songs include strong melodic hooks. I have my own favorites among these tracks, but this is one of those albums where you could pick any one of them at random and still be seized by the music.

If you like what you hear, you can order the album via the first link below. I’ve included other links that will allow you to follow the further activities of Clandestine Faith and Mystagos.