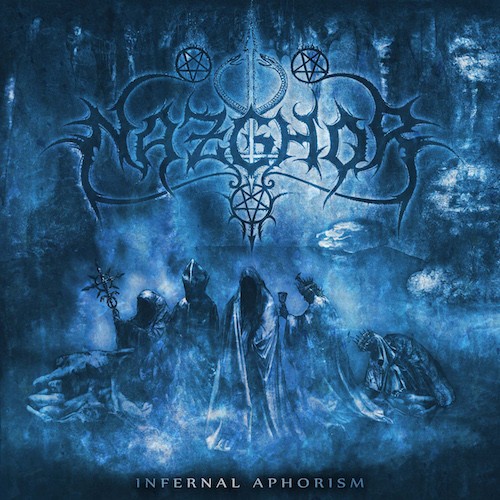 The Swedish black metal band Nazghor continue their relentless march forward with their sixth album in less than five years. Their latest achievement, Infernal Aphorism, will be released on Friday the 13th of October by Non Serviam Records, and as we did when their last album was released in 2016, today we present a full stream of the new one.

As has become a pattern for Nazghor, established almost from the beginning, the new album is a 10-track, hour-long affair. In the face of such prolific creativity, it’s worth asking again the logical question: How good can the music be when it flows in such a torrent, with these very substantial albums appearing in such rapid succession?

Well, I’m pleased to report that the music of this new one, just as was true of 2016’s Death’s Withered Chant, is tremendously good — quite possibly the pinnacle of their achievements so far. 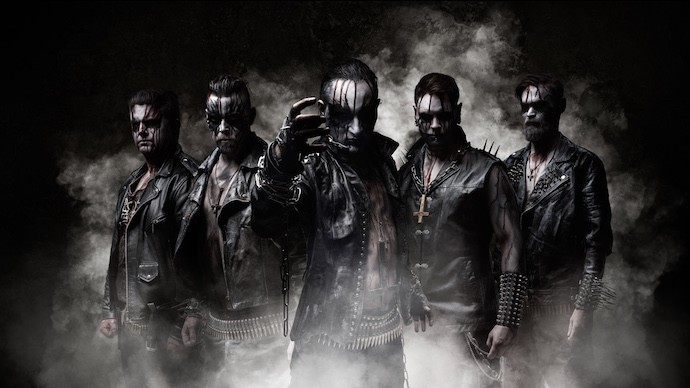 The songwriting and performance skills of the band have continued at a very high level, and they have also continued to bring together elements from the realms of black metal, death metal, and thrash in very successful ways, augmenting their creations with the power and grandeur of symphonic orchestrations as well as other unusual instrumental accents, including piano, violin (or something that sounds like one), organ, and flute.

There is an inherent sense of drama and pageantry that flows through the album, but an equal sense of ravaging ferocity, thanks in part to the raw, incendiary intensity of the harsh vocals, the staggering speed and force of the drum and bass artillery, and the slashing, threshing, skin-flaying quality of many of the riffs.

But while that sense of drama is persistent, the band continue to show their appreciation for the importance of dynamics and their skill at creating hook-filled melodies (often with a folk influence) that themselves create changing moods across a broad spectrum, including those which are grief-stricken, hauntingly beautiful, ominously gloomy, solemnly reverent, gloriously triumphant — and on the brink of violent delirium.

There is even the atmosphere of a wild and freeing dance in a song such as “Rite of Repugnant Fury”, which includes the folk-like sound of strings, while “Spawns of All Evil” is a massively infectious black rocker. And as the band have done before, they leave the title track to the end, and in that song deliver perhaps the most multifaceted and richly textured of all the songs on the album, one in which choral voices share the vocals with boiling, ravenous shrieks.

Along with abundant song-writing skill, Nazghor also put on a fireworks show of instrumental prowess. Although the band vary the speeds and rhythms of the music, most of them have the kind of surging force of a great black river in a flood, or perhaps a forest fire driven by storm winds, and especially when the band are rocketing ahead in the red zone, their instrumental dexterity is most evident. The album is produced with a clarity that permits each of the performers’ contributions to stand out.

All in all, the album is an electrifying trip through a vast and changing soundscape that doesn’t wear out its welcome despite its significant length. 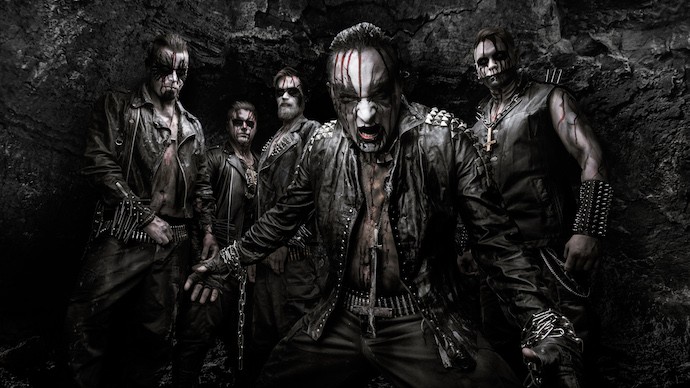 Before we bring you the full album stream, we have this comment by Nazghor about what they’ve accomplished on this new full-length:

“Enter the eternal reign of darkness and witness a mass of melodies where worshippers of the dark arts increase in numbers and strength. A perfect combination of power and pride as the lyrics tell the stories of the ones who are free and unchained…. Every song is its own master and the whole album is infallible to its own concept…. Nazghor is the order below the government of Tartaros, it is the legion of Satan, soldiers of the throne of darkness”

To pre-order the album on CD and digital, use the links below.