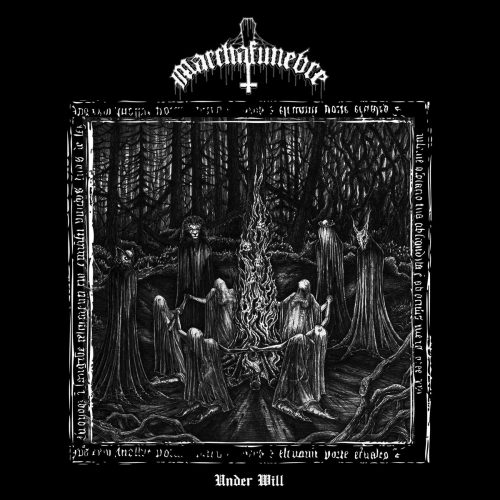 (We present Part 2 of a series of reviews by our Russian connoisseur of all things doom, Comrade Aleks, and today he shares impressions of, and music from, three more 2017 releases. Go here to check out Part 1 of this series)

Today we’ll meet three faces of doom: a traditional one performed by Marchafunebre, vintage rocking by Kabbalah, and psychedelic and bluesy stylings from Echolot.

Marchafunebre:  Under Will (Australis Records) 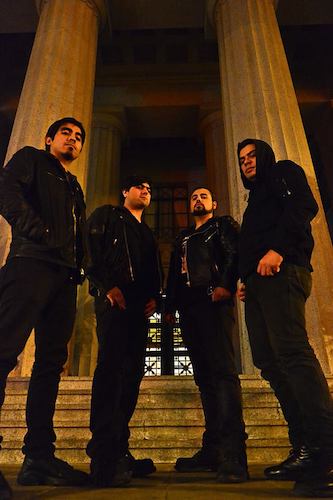 The album starts with “Under Will”, a song which absorbed all you could expect from proper epic doom metal. Despite a bit raw, underground production it is an excellent example of the band’s high potential: Clear and triumphant vocals make this song shine, and mid-paced guitars grant some variation even though they lack the cleaner, crisper sound.

The next track is a sick atmospheric interlude, “Invocation Spell”, that’s almost two minutes of dark sonic ritual with infernal sounds and samples. “Witch Burning After Ritual” is the last new track on the CD: a song with the same dry sound, but there’re enough turns that easily stick in your mind, so it’s ok for me.

Three songs for seven years… it isn’t much, but I believe that the guys had their reasons not to hurry. The bonus material (seven songs taken from the demo) doesn’t differ much from the fresh stuff, and it’s good, really.

Marchafunebre zealously follow traditions of the genre and, relying on its rules, they have created something that won’t leave you soon. My favorite track in the second section is “Worship”. They aren’t gods of doom, but they’re good. 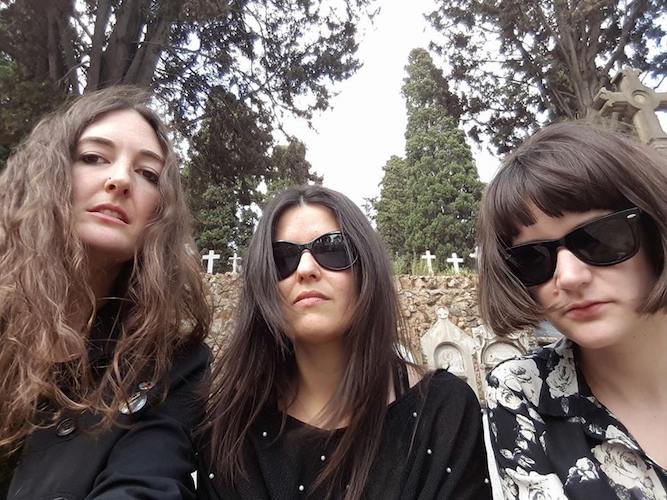 This Spanish power trio initially planned to do only records of smaller format – EPs and singles — but it seems that Twin Earth Records insisted emphatically, and as result Kabbalah have their first full-length.

“The Darkness Of Time”, “The Darkest End”, “Dark Revelation”, “The Shadow” – with such titles Kabbalah have the right to describe their music as occult rock! Nightmares, madness, paranormal stories, and wicked or paranoid states of mind took form in vintage doom rock songs.

Short, effective, and hard — these tracks will haunt you long enough to remember the tunes and the vocal lines. These ladies know a thing or two about how to catch a listener’s attention with their songs, and they chop hit after hit with purpose and eagerness.

There are some good songs from Kabbalah’s previous EPs alongside new tracks, but both the old and new songs sound organic and keep the band’s original touch. It’s easy to recognize this concise guitar sound, the simple constructions of the songs, and proper rock vocals. I’d say that two or three tracks are plain, as if their zest was lost, but overall Kabbalah are just a charming and obviously professional band.

Spectral Ascent is a collection of driving and inspiring rock manifestations — do not commit the crime of ignoring it! 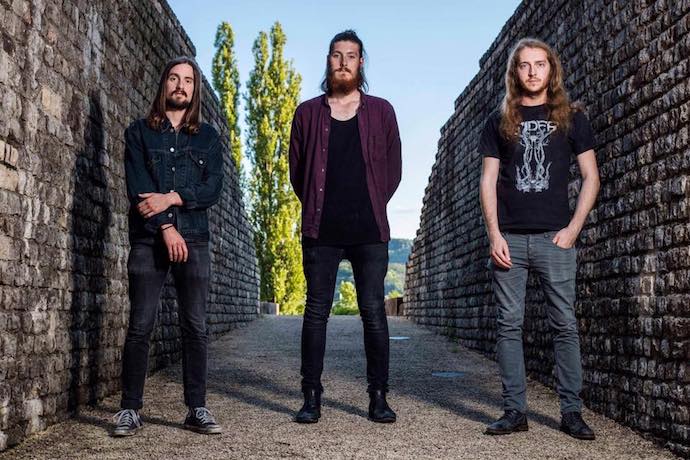 Volva is the second album of this Basel-based band, and I wonder if you had heard about them before this. However, Echolot have been in business for about three years, and they are good at making a proper blend of psychedelic doom and progressive stoner. I could mix these definitions, vice-versa, or in another order, but that wouldn’t matter in the end.

Echolot’s debut full-length consisted of one massive track named just “I”, but for the second album the guys recorded four track of lesser duration and titled ’em as “II”, “III”, “IV” and… “V”!

Well, this trio… I’d like to say “power-trio” but they sound lighter… so this trio is focused on wide and deep psychedelic soundscapes built on good riffs and shimmering atmospheric passages. The nature of Echolot is improvisation, so naturally the compositions have a lot of jamming parts, and on the other side there are parts performed in a pretty straightforward, heavier manner. They manage to create a loose and dreamy mood with a slightly hallucinogenic effect.

Each track has the same share of psycho elements and almost the same share of riff-based tunes, so Volva is a solid yet complicated record, and it’s logical, as the lyrics have a sort of conception spreading on social and corporeal outer layers of humankind, whatever it means… Vocals appear rarely, and the sound is relaxed (except for the frantic proclamations on “V”), so in the end Echolot rely on instrumentals, where they know better how to express their vision, and they succeed.

One Response to “A DOOMED DESCENT (PART 2): MARCHAFUNEBRE, KABBALAH, ECHOLOT”