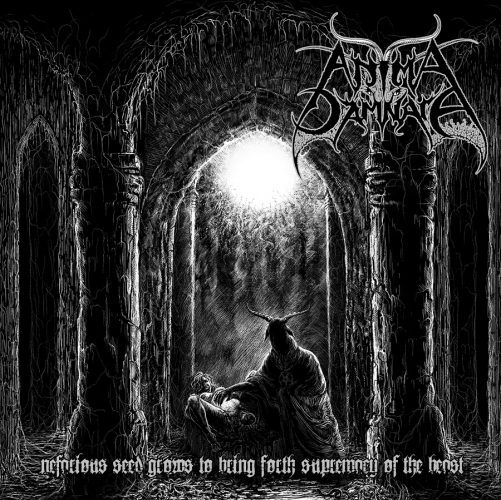 Offerings of praise to Satanus and efforts to channel blasphemous rage against the constricting noose of religious piety are commonplace in extreme forms of metal, with widely varying degrees of sincerity and success. But you will find few if any albums this year that channel such inspirations with the degree of inhuman ferocity and stunning violence displayed on the new album by Poland’s Anima Damnata. Their dedication is relentless, their execution merciless, and the impact of what they’ve done is nothing short of breathtaking.

The name of the new album, set for joint release by Godz Ov War and Malignant Voices on November 1, is Nefarious Seed Grows To Bring Forth Supremacy of the Beast. It’s their third full-length in a career that began in the mid-’90s.

About halfway through the album during the first time I heard it I realized that my mouth was hanging open, and had been hanging open since a few minutes into the first track. Even then, despite looking like a carp out of water, I couldn’t close the gaping hole in my face. The sheer speed and unrestrained fury manifested in the music is simply stupefying.

And simply surviving the assault may be as much of a challenge for many listeners as the high standards of destructiveness that the band obviously set for themselves. But for those steely enough to run this gauntlet, you’re in for an exhilarating (and perhaps terrifying) experience as we deliver the premiere of a full album stream today. 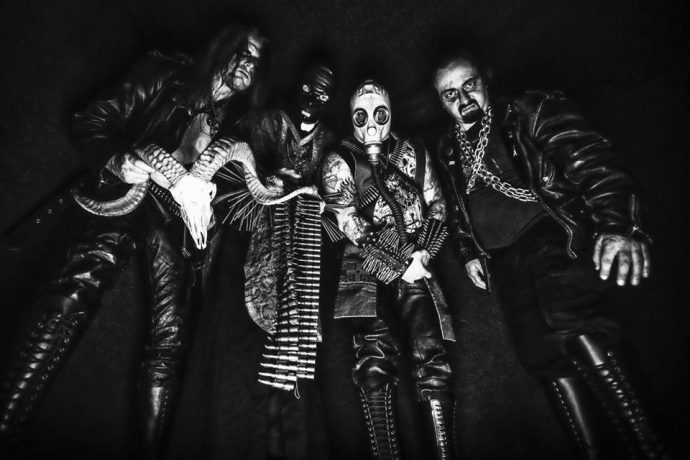 A decade has passed since Anima Damnata’s last album, but time has clearly not moderated the intensity of their hate, nor modulated the viciousness of their sonic assaults. It has only sharpened the technical skill with which they implement these brutal campaigns of total war. The band have commented as follows about this new work:

“The Nefarious Seed… was meant to be more intense and overwhelming than our previous releases. It is like a demon sitting on your chest, taking your breath away. Although it is more mature and less chaotic, it strikes with greater precision at the foundations of extreme metal music.

“This album is rather self-inspired; however, some influences of bands like Deicide, Sarcofago and Morbid Angel may be audible. The lyrical concept is mostly set upon Promethean values, the inner strength driven by the darkest visions, and the impending end of all religions. The production of the album follows the pattern set on Scott Burns’ early works, but it has been enriched with foul miasma. The Nefarious Seed… completes our rapturous pentalogy dedicated to the Horned Lord. There is a bad moon on the rise, and the future is dark.”

I can assure you, when Anima Damnata say that they intended to make this album “more intense and overwhelming” than previous releases, “like a demon sitting on your chest, taking your breath away”, that’s no joke.

Yet despite the speed and savagery of these onslaughts, and a lot of hair-pin changes of tempo, the band are correct when they say that all is not chaos here. Apart from the precision of the performances, the band also segment the songs with massive grooves and melodic fanfares that raise visions of imperialistic infernal might, grim and ominous in their effect.

In addition, the music is produced in a way that achieves an astute balance in the sound between toxic filth and the clarity of a honed knife-edge pressed against the throat.

But allow me to reemphasize one point I made earlier: Anima Damnata’s dedication to their sound is complete and un-bending. They are immune to appeals of mercy. There is no real break in the jet-speed barbarity of what they’re doing here. Those looking for nuance, experimentation, dramatic changes of pace, or even a chance to take one deep breath will have to look elsewhere. On the other hand, for those who desire a complete album-length immersion in black/death obliteration. inflicted with impressive skill and fueled by a convincing feeling of abhorrence, look no further.

Nefarious Seed… was engineered and produced by M. (Mgła). The cover art and additional ilustrations were created by Mar.A Artworks, and the logo was designed by Christophe Szpajdel.

Godz Ov War and Malignant Voices will release the album digitally and on CD and 12″ vinyl. For further release info, check these locations:

5 Responses to “AN NCS ALBUM PREMIERE (AND A REVIEW): ANIMA DAMNATA — “NEFARIOUS SEED GROWS TO BRING FORTH SUPREMACY OF THE BEAST””