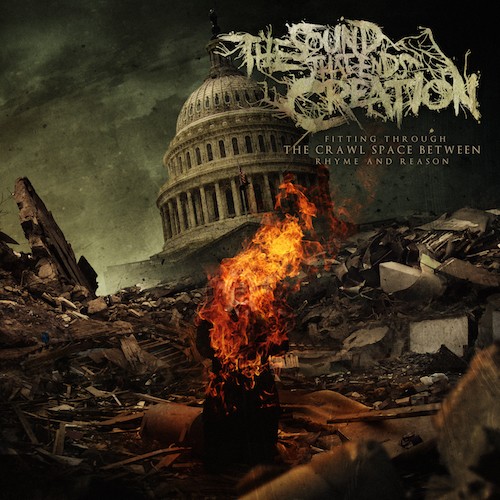 Do you remember what happened in 2008? When the U.S. economy came close to a meltdown that would have rivaled The Great Depression, and then dragged the global economy down into a trough along with it? Do you remember the government bailouts of giant companies that were considered “too big to fail”? The man behind The Sound That Ends Creation (hereafter, TSTEC) hasn’t forgotten, and to those corporate behemoths who had their hands out, he offers a pungent retort: “Your Mom Is Too Big To Fail“.

That’s the name of this one-man wrecking machine’s new song that we’re premiering today. It comes from his new album Fitting Through the Crawl Space Between Rhyme and Reason, which follows a debut album named We Are the Burden that was self-released in the summer of 2016. 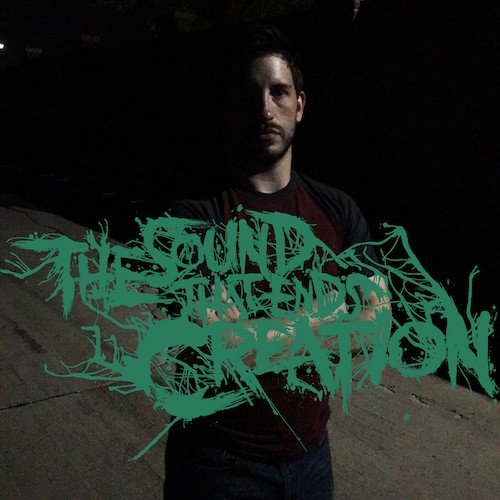 For anyone who thought almost 9 years ago that the economic destruction wrought by greedy and unscrupulous business executives gambling with other people’s money (with enablement by their political shills) was severe enough to result in changes to the country’s power structure, well, we know better now, don’t we? And if people like TSTEC’s Chris Dearing (from Allen, Texas) react with a bit of righteous fury, even if couched in joking language, who could blame them?

Fury is indeed part of the feeling that’s channeled through this new song and ejected like pressurized water (or napalm) exploding from a fire hose. TSTEC delivers a roaring maelstrom of destructive death/grind, the programmed drums spitting punishment at an inhuman rate of speed, the bass battering and bludgeoning without mercy, the guitar assaulting the ears in a torrent of abrasion, while Chris Dearing’s voice veers between cauterizing shrieks and gruesome roars.

However, frenzy and fury are not all the song offers. There is also massive atonal pile-driving, eruptions of disorienting discordance, rapidly swirling arpeggios, braying chord fanfares, and a general air of madness.

Chris Dearing did everything on Fitting Through The Crawl Space Between Rhyme And Reason — played all of the instruments, programmed the drums, did the vocals, and recorded, mixed, and mastered the album — although the cover art was created by Dixon Jong of Intuitive Designs.

The album will be released on November 11. It consists of 10 tracks clocking in at around 19 minutes. It’s available for pre-order on Bandcamp (CD and digital) along with a shirt — although if you wait until the release date, the digital version will be made available for free at that time. And if you’d like to check out more of the music, you’ll find three more tracks streaming at Bandcamp right now.

2 Responses to “AN NCS PREMIERE: THE SOUND THAT ENDS CREATION — “YOUR MOM IS TOO BIG TO FAIL””